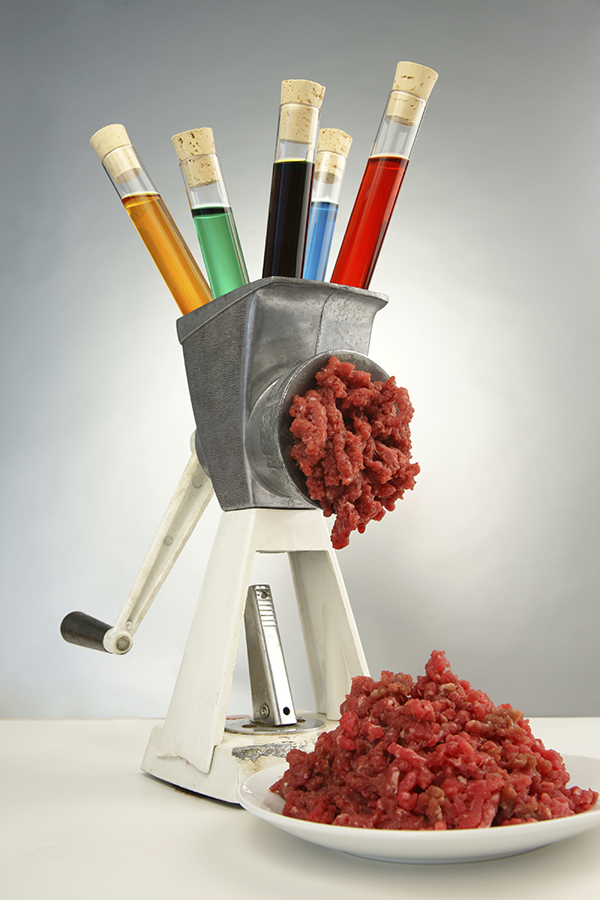 Exercising is overrated when it comes to losing weight.

Do I have your attention?

Good, because we’re about to drop a knowledge bomb on your head. For all of you out there struggling to lose weight via hard work at the gym, and who make excuses for a “cheat’ day or that you can eat whatever you want, because, after all, you work out…I have some news for you.

First, let me just say that there are definite health benefits of working out, or even incorporating some kind of physical activity, such as going for walks, especially if done on a daily basis.

However, if you want to lose weight, I’ll tell you the secret: eat healthy.

That’s it. When it comes to shedding weight, exercise alone isn’t enough. Or even all that relevant. It’s about eating the right foods. And to begin learning how to do that, you must first understand that you are facing a battle with a big entity: that of the food industry.

In Britain, a team of cardiologists have decided that it’s high time to “bust the myth” that regular exercise safeguards against obesity.

The physicians submitted a strongly-worded editorial in the British Journal of Sports Medicine, which will appear in the upcoming May edition. In it, they say that the bottom line, when it comes to losing weight, is that you simply can’t out-run a bad diet. They are sure to add that regular exercise reduces the risk of developing a number of health problems, such as heart disease, type 2 diabetes, and even dementia and certain cancers. However, it is not the key ingredient in weight loss.

Is the Food Industry the Next ‘Big Tobacco’?

The authors of the study compare the situation with our food industry with that of the tobacco industry that happened years ago.

They accuse the food industry of misleading the public into believing that obesity is caused entirely by an inactive lifestyle, rather than what’s in their packaged (read: packed with hidden sugars) products. They add that the public is being “drowned by an unhelpful message” and go as far as to describe the tactics being employed by the food industry are “chillingly similar” to those used by big tobacco companies when the science connecting lung cancer and smoking were first becoming known.

“The tobacco industry successfully stalled government intervention for 50 years,” they say. “This sabotage was achieved using a ‘corporate playbook’ of denial, doubt, confusing the public and even buying the loyalty of bent scientists, at the cost of millions of lives.”

If you’ve noticed, the main belief we tend to have when it comes to food consumption is that we just need to count calories. The authors were also critical about this, saying that the food industry is what’s driving this belief. The problem with this is that it’s the source of calories that matters, the editorial asserts, arguing that sugar calories promote the storage of fat and causing you to feel more hungry, while calories that actually come from fat make a person feel full.

The editorial also makes a good point about sports and energy drinks (read: sugary drinks), saying that the relationship between “junk food and sport, must end.” It calls on the British government to put a tax on sugary drinks and ban the advertising of junk food as well as calling for gyms to stop selling these beverages.

In a statement emailed to Mashable, Britain’s Food and Drink Federation strongly rejected comparisons with the tobacco industry, calling them “absurd and offensive.”

So, here it is…the not-so-magical-yet-highly-effective way to weight loss:

Eat a balanced, calorie-controlled diet and get into activities such as fast walking, jogging, swimming, or tennis for up to 300 minutes per week.

And by “calorie-controlled,” the authors, using a study in the academic journal Nutrition, say the single most effective way to fight off obesity is to restrict the intake of carbohydrates.

An unhealthy relationship with food and/or exercise can develop into a full-blown eating disorder. Sometimes, people use drugs as a way of staying thin. This can lead to a situation known as dual diagnosis, where there are 2 or more medical conditions present at the same time and that are most successfully treated when done so at the same time. Eating disorders can be difficult to treat however, there are programs that specialize in treating eating disorders as well as co-occurring substance misuse and abuse. If you or a loved one is struggling in this way, please call toll-free 1-800-951-6135.