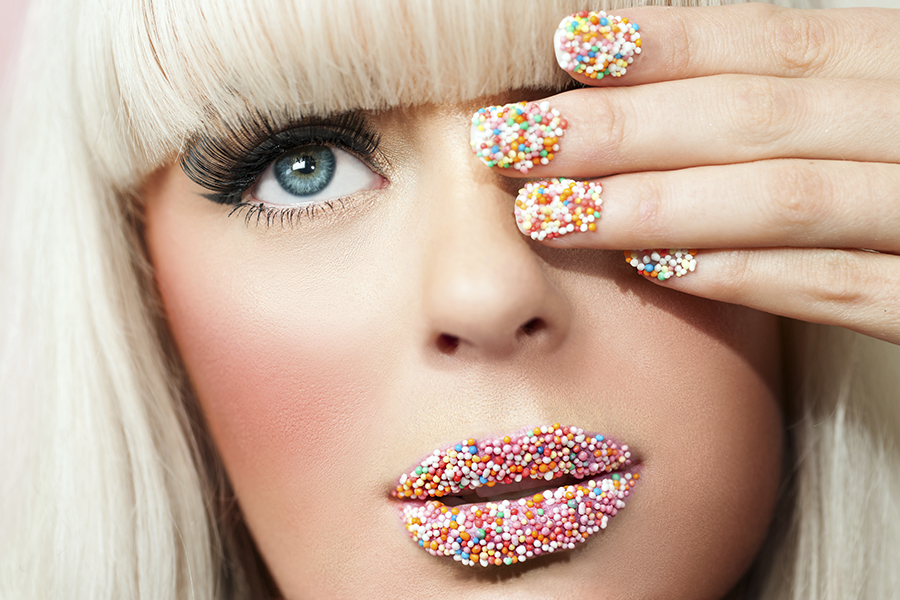 Now, we all pretty much know that cocaine is bad for you. It’s an illicit drug for a reason. But, sugar might be just as bad for your brain – and overall health – as cocaine is; and it’s totally legal and super easy to come by. In fact, sugar comes in many forms and is known by many different names, especially common is ‘high-fructose corn syrup;’ it can be found in anything from spaghetti sauce to fat-free salad dressing.

High-fructose corn syrup – aka sugar – when ingested, lights up your brain “like a Christmas tree,” says Dr. Mark Hyman, M.D., founder and medical director of UltraWellness Center. And the part of the brain that “lights up” is the very same part of the brain that’s triggered by cocaine or heroin, according to research by Dr. David Ludwig, M.D., Ph.D.

Previous research has already established that food and drugs have a similar effect on the brain’s reward center, known as the nucleus accumbens. And specifically, sugar – not fat – is a worse offender when it comes to causing cravings, according to a 2013 study published in The American Journal of Clinical Nutrition.

“I think it’s rehab’s responsibility to provide a nutritious diet with plenty of fruits and vegetables, not too much red meat and not too much fat, because it’s healthy,” said Dr. Willenbring, the former director of the Division of Treatment and Recovery Research at the National Institute on Alcohol Abuse and Alcoholism.

Christopher Kennedy Lawford, who has authored several books on addiction, including the recent What Addicts Know, has said, “When you’re used to shooting heroin or drinking a bottle of vodka, sugar seems really benign. It’s hard to take it seriously.”

“You can’t get an addict into recovery until you deal with every aspect of their life,” he said. “What you think, how you think, how you relate to people, what you put in your body, how you exercise — it’s all related. And we need to get smarter about it.”

The Centers for Disease Control (CDC) project that the numbers of Americans with diabetes will double or even triple by the year 2050. A more conservative estimate by a study published in Population Health Metrics puts the future diabetic population at 21%; on the high end, that percentage is 33%.

There was a popular and widely-shared study from 2013 declaring that Oreo cookies activate the brain’s reward center just as much as cocaine and morphine, at least as found in laboratory rats.

At Connecticut College, student-faculty research found that, in lab rats, Oreos, which are chock full of sugar and fat, may be just as addictive as cocaine. Given the option of Oreos and rice cakes, the test rats spent as much time eating cookies as getting high on cocaine or morphine. Furthermore, the rats given Oreos were subjected to a test that measured a protein called c-Fos, known to activate neurons in the brain’s pleasure center. The result was alarming: Oreos beat out both cocaine and morphine by a significant amount.

“Our research supports the theory that high-fat/high-sugar foods stimulate the brain in the same way that drugs do,” said Joseph Schroeder, director of the college’s behavioral neuroscience program. “It may explain why some people can’t resist these foods despite the fact that they know they are bad for them.”

Are you struggling with a bad habit or addiction? Food addiction is a real medical condition that can be treated with many of the same methods as drug addiction. Furthermore, someone who has one addiction, whether food, drugs, sex, gambling, etc. is likely to have an addictive personality, leaving them vulnerable to developing other addictions, in a phenomenon known as ‘substituting addictions,’ ‘addiction substitution,’ or ‘transfer addiction.’ Call toll-free 1-800-951-6135 to speak directly with an Addiction Specialist today.