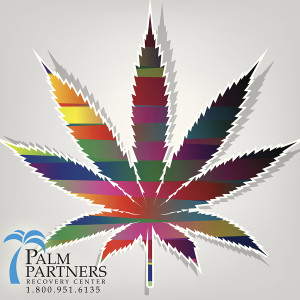 April 20th is fast-approaching and, if you’re a former marijuana smoker like me, then you get the significance. Potheads, weedheads, and stoners alike recognize the upcoming “holiday” that lands on 4/20 every year. In fact, the date is actually recognized by pot smokers worldwide – from New York to New Zealand – who gather to celebrate every April 20th.

And if you didn’t know about this, then you probably were into other drugs instead. But, you’ve probably noticed the various ‘flare’ floating around with the numbers 4-2-0: bumper stickers, T-shirts, buttons, patches, stolen road signs and so on. The cannabis counterculture uses the term “420” as a sort of code word that can refer to anything pot-related.

There have been a lot of different rumors circulating at to the true meaning of 420 and its origin. The true beginning of the term 420 has long been obscured. I have heard tons of different reasons for using 420 to refer to marijuana: it’s the number of active chemicals in weed, it’s the police code for a ‘smoking-in-progress,’ 4:20 is teatime in Holland, or else it’s somehow related to Hitler’s birthday, which is April 20th. None of these is correct, however.

The term 420 dates back to 1971 California. It was originally coined by a group of friends who called themselves the “Waldos,” a name they chose for their hang-out spot which was simply a wall outside the San Rafael High School, where they were students at the time.

The story goes like this: there was rumor of an abandoned crop of marijuana in a Point Reyes, California forest. The Waldos agreed to meet at a designated meeting place – a statue of Louis Pasteur that was in front of the school – at 4:20PM, to begin the search for the pot plot. All day long, the members of the Waldos would remind each other of the plan by saying the phrase “4:20 Louis” when they passed by in the halls.

“We would remind each other in the hallways we were supposed to meet up at 4:20. It originally started out 4:20-Louis and we eventually dropped the Louis [part],” Waldo Steve tells the Huffington Post.

“We’d meet at 4:20 and get in my old ’66 Chevy Impala and, of course, we’d smoke instantly and smoke all the way out to Pt. Reyes and smoke the entire time we were out there. We did it week after week, [but] we never actually found the patch.”

As far as how the term grew in popularity well, we can thank the band the Grateful Dead.

Waldo Steve recalls how the Dead “had this rehearsal hall on Front Street, San Rafael, California, and they used to practice there. So we used to go hang out and listen to them play music and get high while they’re practicing for gigs. But I think it’s possible my brother Patrick might have spread it through Phil Lesh. And me, too, because I was hanging out with Lesh and his band when they were doing a summer tour my brother was managing.”

The Waldos were a common presence at Dead parties and band rehearsals. “We’d go with [Mark’s] dad, who was a hip dad from the ‘60s,” says Waldo Steve. “There was a place called Winterland and we’d always be backstage running around or onstage and, of course, we’re using those phrases. When somebody passes a joint or something, ‘Hey, 420.’ So it started spreading through that community.”

The code term 420 is still widely used today and even shows up in both pop culture and mainstream culture. For example, in the movie Pulp Fiction, all of the clocks are set to 4:20. In 2003, the California legislature named the voter-approved medical marijuana bill SB420.