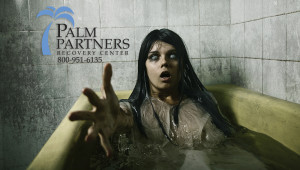 We’ve all heard the crazy drug urban legends and may have even believed some of them. Like, if you’ve taken 7 hits of acid in your lifetime, you are considered to be clinically insane. This one’s false, but, there is some drug-related folklore that’s actually true, or in-part true, despite how outrageous the tale seems. Here are the 5 most notorious drug urban legends (that are actually mostly true).

#1: PCP will turn you into a flesh-eating zombie

Terrifyingly enough, this one is mostly true, in that there have been a couple of cases of people using PCP then eating human flesh. You read that right. You may or may not remember the story of Antron Singleton, aka “Big Lurch” – his rapper name.

In 2002, after a nearly week-long PCP binge, Big Lurch was found walking the streets of Los Angeles in the middle of the night, naked, covered in blood and howling at the moon.  When authorities went to his apartment, they found his roommate dead “with her lungs torn from her torso, and her body and face covered with …bite marks.” Upon examining Antron’s stomach contents, doctors found it to be “full of human flesh.”

In another disturbing PCP-related case, in 2009, a man ate the eyes of his 4 year old son while high.

Many people distinguish between Ecstasy (pill form) and Molly (powder/capsule form) saying that Ecstasy is almost always cut with other substances such as amphetamine, meth, and cocaine among others while molly is purely MDMA. The fact of the matter is that, just because you’ve obtained MDMA in powder form and it was sold to you as ‘Molly,’ that doesn’t mean that it’s pure.

The DEA has said that the purity of Molly is almost a myth because it comes in powder form and can easily be mixed with other drugs, which makes it even more dangerous. In fact, cocaine, crack, ecstasy, meth, and even bath salts have all been found to be mixed in with the supposedly ‘pure’ Molly.

Emails began circulating back in 2007 and have been seen as recently as 2012 urging parents to beware of a new “tactic” by drug dealers who are targeting children by manufacturing a form of meth that is pink in color and smells and tastes like strawberry. The emails instructed parents to worn their children about accepting candy from strangers or even classmates and stated that there had already been cases across the country of this “Strawberry Quick.”

This notorious drug urban legend is a mixture of truth and myth because, while there are instances in which police have seized colored versions of crystal meth that resemble candy, the part about it being manufactured in this way so as to appeal to children is not true.

“We checked with all of our labs, and there’s nothing to it,” U.S. Drug Enforcement Administration spokesman Michael Sanders said. “It’s not a trend or a real problem; I think that this was maybe someone with good intentions but jumped the gun.”

#4: Eating bagels with poppy seeds can cause a false positive for opiates on drug tests

This notorious drug urban legend was featured on an episode on the hit series Seinfeld, in which the character Elaine had eaten a poppy seeded muffin and then failed a drug test at her place of employment. As with every other episode, hilarity ensued. The thing is, this has actually happened in real life.

There are actual documented cases where people have lost their jobs or been turned down for job positions due to ‘dropping dirty’ for opiates on drug screens. It was determined that in these cases, the person had consumed poppy seeded bagels and other such baked goods causing a false positive for opiates.

This one is also a mixture of truth and myth because the federal guidelines for agencies that drug test have since the cut-off level for a positive, in order to eliminate many of the poppy seed-related false positives that were previously occurring. Therefore, it is no longer really a thing you can claim if you were to come up positive for opiates on a drug test.

#5: PCP is embalming fluid that people dip their cigarettes and joints in to achieve a greater high

This one is confusing because the second part of that statement is true but the first half is not. PCP is an intravenous anesthetic that was developed in the ’50s whereas formaldehyde (embalming fluid) is a completely different – and completely toxic – chemical. What confuses the issue is that, perhaps due to the widely-believed notorious urban legend that PCP and formaldehyde are one-in-the-same and therefore some people often mix the two substances together or, skip the PCP altogether, dipping their ‘smokeables’ in just embalming fluid.