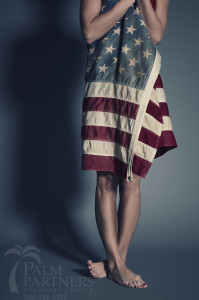 Although we are considered the Leader of the Western World, America has a lot to learn about addiction and addiction treatment. Here are 6 ways addiction is treated differently in America.

#1. We Incarcerate People to Stop Drug Use

America holds the title of incarcerating more people than any other country in the world.

As one of the main fall-out effects from the nation’s War on Drugs approach, many people who should have been given access to treatment were, instead, dropped into the criminal justice system. As a result, we have more people in prison than anywhere else in the world.

And unfortunately, it looks like we’ll be holding this title for quite some time. Some 2.2 million Americans are locked up at any given time—compared to a mere 676,000 in Russia and 385,000 in India.

Half of all federal prisoners and 17% of state prisoners and are incarcerated for drug-related crimes, and these statistics don’t include the percentage of those who committed other crimes related to addiction problems, which would make the numbers far higher.

#2. We Rely on Prohibition-like Methods to Deter Substance Abuse

America has the world’s highest legal drinking age, and advocates of this policy argue that it has reduced accident-related deaths and high school binge drinking, which has actually declined significantly since the early 1980s.In 1983, 41% of 12th graders reported having had five or more drinks on one occasion in the past two weeks; the number for 2013 was 22%, a drop of nearly half. Deaths resulting from drunken driving incidents have also plummeted, from 21,000 in 1983 to around 10,000 in 2013.

Yet, it’s not clear that an older drinking age is the main factor in these reduced numbers. For example, Canada, whose drinking age is 19, has experienced similar declines and now has fewer deaths from drunk driving when compared to the US.

If a higher drinking age actually did encourage people to begin drinking alcohol at an older age, it might reduce the risk of alcoholism, which has been linked to early on-set of alcohol use. It’s not clear that the 21 age limit can be credited with this trend; factors such as growing up in an alcoholic family, which can independently affect risk, so postponing initiation might not help that much.

#3. Our Treatment System Is Dominated by 12-Step Programs

This not the case the world-over, where, for example, cognitive behavioral therapy (CBT) is the preferred mode of treatment.

Of all the American addiction treatment programs, 95% refer patients to 12-step meetings as a matter of course and 90% base a good portion of their treatment on 12-step principles. Fundamental to treatment in this system is the idea that, complete abstinence from all “mind and mood altering” substances, is the basis of recovery. People who recover on their own are often viewed with skepticism, as possibly being “dry drunks,” and the idea that someone can stay sober without meeting attendance is seen as “denial.”

In many other countries, treatment is more varied, consists of talk therapy and may include attempts at moderation.

#4. Coercion Is a Common Route to Treatment

The majority of addiction treatment in the US is now outpatient—and 49% of all patients in these programs are referred to them, typically as an alternative to incarceration by the criminal justice system.

When it comes to long-term residential treatment, criminal justice referrals are also the main source of patients, accounting for 36% of all participants. 29% of residents in long-term treatment make the choice for themselves, while the rest are primarily referred by other treatment or healthcare providers.

#5. We Spend the Most Money on Addiction Research

The National Institute on Drug Abuse is the world’s largest funder of research on psychoactive drugs and addiction. In 2012, its budget was $1.05 billion. But that’s not the only major federal funder of addiction research in the US. We have another national institute that covers addiction research: the National Institute on Alcoholism and Alcohol Abuse, whose budget in 2012 was $459 million.

America spends nearly $1.5 billion a year, mainly on basic neuroscience research that, while generating enormous value in terms of understanding fundamental brain systems, has not yet generated much that is of direct use in treatment.

#6. Treatment is Cushier in America Than Other Places

The idea is to get addicts to just stop taking drugs and rough it out. They mostly just want to keep them clean a certain period of time so that the system cleans itself out and if they behave then they send them home. Therefore, “detox” consists of locking men in a room, where they are essentially being detained, on bunks with no way out, and only given bread and water. This is called the ‘quarantine room.’ After they have withdrawn completely, which can take up to a month or more, the men usually work a job, lift weights and cook.

In Iran, treatment of drug addicts is quite lenient, when compared to that of drug traffickers.

Iran imposes capital punishment – the death penalty – for crimes such as the cultivation certain drugs, trafficking, import, export, production, sale or distribution, or even possession (if over a certain amount).

“The Islamic Republic of Iran is a pioneer country in the fields of opium substitution therapies and prevention and treatment of HIV/AIDS,” the United Nations Office on Drugs and Crime reports on its website. Also noteworthy is that 88% of such programs are funded by the private sector and by non-governmental organizations.

Iran spends quite heavily when it comes to drug education and treatment. According to Foreign Affairs, by 2002, 50% of Iran’s drug control budget was spent on public health campaigns. Iran has also established numerous methadone clinics and needle exchanges and spends as much on treatment and prevention as it does on prohibition.

The first time you are caught for drug consumption in Singapore is one year, the second time is three years and the third time is five minimum with three strokes of the cane. Consumption just means that your urine has tested positive. They will pick up people randomly, who have a record of drug offenses so, even after you have served your sentence, you can be tested at any time.

Singapore does not respect the privacy of its citizen’s seeking treatment either. Once you’ve seen a psychiatrist for your drug issue or you have gone into a hospital for detox, public or private, your name will be surrendered to the Central Narcotics Bureau (CNB). Once you complete your detox, you are likely to be randomly picked up again and tested, at any point in the future. And this could happen while you’re at your home, school, or on the job.

As far as drug treatment goes, Singapore takes the boot camp approach. After a week of detox, addicts are receive an orientation to a regimen of paramilitary discipline. After they are considered to be ready and able to quit drug use, first-time addicts are put into two weeks of intensive physical training in the tropical sun and equally intensive personal, group and family counseling.

Although there is much work to be done in understanding substance abuse and addiction, what we do know is that these are chronic medical conditions and that treatment does work. Call toll-free 1-800-951-6135 to speak directly with an Addiction Specialist. We are available around the clock. You are not alone.