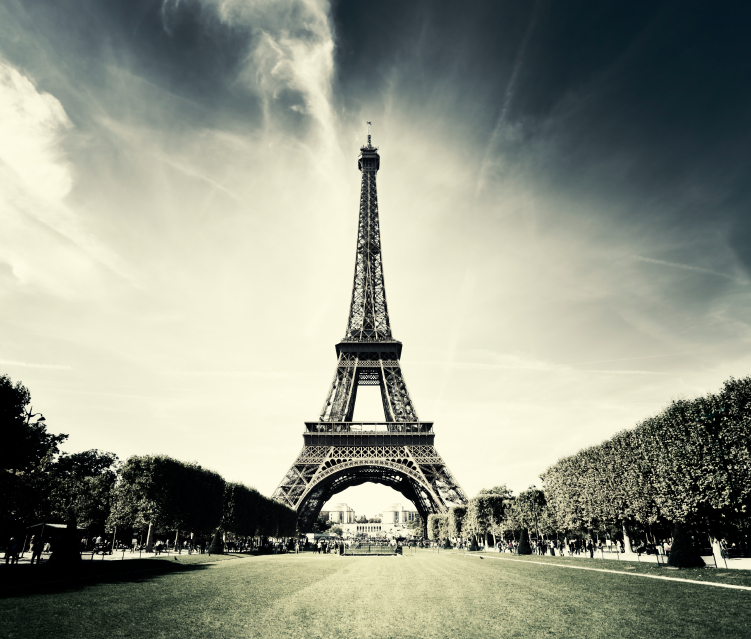 Much has been said and written in the aftermath of the tragic and horrific attacks of terrorism that struck Paris, France this past week. The terrible and barbaric acts of violence seem to have been noted as an exclamation point following months of similar brutal attacks in Syria, Kenya and other areas of the world where hundreds upon hundreds of innocent lives have been taken, bringing the tensions across the world to a boiling point as the topic of refugees, foreign policy and even war have been debated on every forum.

In this time of mourning thousands have united, while still thousands more are divided in a seething debate over the correct course of action. All over America we have seen signs of outrage and distrust as states push and pull in all directions concerning how the nation should respond. The world is watching with wavering hearts trying to protect the peace but stand firm for a safer future.

While people argue whether to push the blame on the government, the immigration laws, the refugees or the Muslim faith itself we want to take the time out to remind ourselves of something else; drug trafficking plays a powerful and indisputable role in terrorism.

The Connection to Paris

Currently there are two suspects thought to be involved in last week’s appalling attacks on the people of Paris, brothers Ibrahim and Salah Abdeslam.

Currently an intense manhunt across Brussels, Belgium is underway to track down Salah Abdeslam after the Islamic extremist group ISIS launched a string of deadly assaults Friday that resulted in the deaths of 132 people, injuring hundreds more. Salah Abdeslam, 26, is believed to have been the driver and rented at least two cars used by ISIS in the attacks.

His brother, Ibrahim, detonated a suicide vest during the attacks, killing no one but himself.

The connection is that Ibrahim apparently ran a bar in the neighborhood in Molenbeek, Brussels where he and Salah lived. According to reports, this establishment was eventually shut down after police found out it was a front for illegal drug dealing. The closure order that was issued said the bar had been “used for the consumption of illegal hallucinogenic substances,” while neighboring shopkeeper told authorities that Ibrahim had sold drugs from the premises.

This was not the only incidence where the two men were tied to illegal substances by police, but because a background check on the two men never revealed a criminal history a police spokesperson stated:

“There was therefore no legal basis to warrant further investigation,”

Apparently Ibrahim and his brother Salah managed to go without being convicted even where the bar was shut down, but there has been a lot of implication that the two were heavily involved in illicit drug dealing. In the hotel Salah used while in Paris before his deplorable actions police found several syringes scattered throughout the room.

So were these brothers drug dealers on a massive scale? This has yet to be seen. Either way, it should be noted that given their history of drug trafficking it is safe to say a fair amount of their own finances came from dealing in illegal narcotics.

The truth is this is nothing new! For years the the link between terrorism and drug trafficking has been evident and has also been recognized by the United Nations Security Council. According to the United Nations Office on Drug Crime’s (UNODC):

However, things are beginning to look better in Afghanistan at least, with opium production reportedly dropping by nearly half from 2014 to 2015, according to the UNODC’s Afghanistan Opium Survey 2015.

Still, despite the drop in potential cultivation of opium in Afghanistan there is still plenty of threat out there, and plenty of other ways these terrorist groups can use drug trafficking to fund their heinous and disgusting plots of devastation.

So when looking at the billions upon billions made by drug traffickers in dealing drugs one has to ask- how much of this money is used for executing acts of extreme and dreadful terrorism?

And even worse, those numbers are just in the middle-east, not including in other areas of the country where terrorist operate!

Without question drug trafficking has provided the life-blood for insurgency and acts of nefarious violence in various regions all over the world. In many cases drugs have been used as the currency for commission of terrorist attacks, and reports have stated before that the sales of synthetic drugs (such as Balth Salts and Spice) in America have fueled the atrocities of these monsters all over the globe.

The reality is this; drug trafficking networks have been linked to terrorism for a long time. Maybe it is time for us to take notice and maybe find the connection between the country-wide contusion caused by the opiate epidemic, with the same poppy plants used for opium being the active ingredient in heroin, and the illegal industry used to fund terrorism in every aspect including:

A recent conference in Istanbul, “The Role of Drug Trafficking in Promoting and Financing Today’s Global Terrorism,” included a speech by UNODC Senior Terrorism Prevention Officer Irka Kuleshnyk who stated:

“While it is difficult to establish how widely terrorist groups are involved in the illicit drug trade, or the breadth and nature of cooperation between these two criminal groups, the magnitude of the numbers involved make the relationship worrisome.”

The UNODC has a Terrorism Prevention Branch designed to play a crucial role in international affairs concerning drug trafficking and terrorist organizations. While organizations such as this must magnify their efforts in times like these we all should become more conscious of the realities behind these repulsive and ruinous attacks.

Of course not all drug dealers are terrorists, and neither are all Muslims. Both should be painfully obvious by now. But think of the damage being done by those who push this poison across the world, lining their pockets with blood money of the drug trade only to destroy the lives of more innocent people.

Our hearts and thoughts are with those from the many nations that have suffered due to the tragic atrocities, and we hope for a resolution for all those impacted by these events.

Drug policy and reform aim to change the politic climate and cut off this funding for these terrorist groups, but for those suffering from issues with drug addiction the change has to come from the choice to get help. If you or someone you love is struggling with substance abuse or addiction, please call toll-free 1-800-951-6135