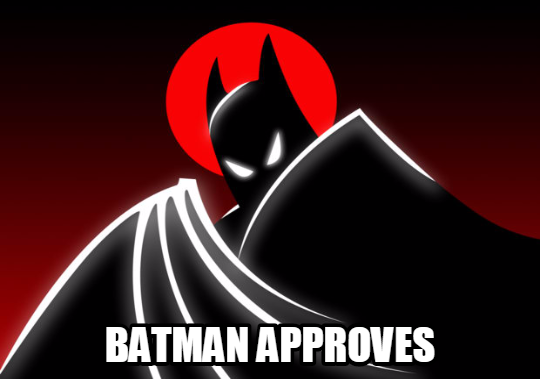 This past Tuesday, Academy Award-winning actor, screenwriter and producer Ben Affleck made a powerful and inspiring announcement to his fans and friends via social media. Since then the internet has lit up with articles and insights on how this public admission could be seen as a heroic moment to so many people all over the country.

Ben Affleck has the honor of being the new face of Bruce Wayne, bringing the Batman to life in the most recent installments to DC’s feature films. So he is no stranger to the role of a hero with a dark past.

Being open and honest with the world Affleck publicized he had completed treatment for alcoholism, and so many in the recovery community and advocates for addiction have found it as a beacon… or “BAT SIGNAL” if you will… (I will)… for all those struggling to overcome the stigma and see they are not alone.

In an emotionally-charged note to his fans, Ben posted on Facebook stating:

“I have completed treatment for alcohol addiction; something I’ve dealt with in the past and will continue to confront. I want to live life to the fullest and be the best father I can be. I want my kids to know there is no shame in getting help when you need it, and to be a source of strength for anyone out there who needs help but is afraid to take the first step. I’m lucky to have the love of my family and friends, including my co-parent, Jen, who has supported me and cared for our kids as I’ve done the work I set out to do. This was the first of many steps being taken towards a positive recovery.”

This is also not the first time Affleck has done battle with alcoholism. The 44-year-old actor has faced his own alcohol addiction in the past, while his childhood was also impacted by the influence of alcoholism on his father.

Alcoholism in the Family

In 2012 Ben Affleck did an interview with Barbra Walters discussing his parent’s divorce when he was 12 years old. During the interview Affleck stated:

“[My father] was an alcoholic… I did know that as a child. He drank a lot. My father was a — what did they call him — a real alcoholic. He, you know, drank all day, drank every day, and to his credit, he got sober ultimately,”

“He’s been sober for several decades, which I think is pretty impressive.”

At this time he credited his brother and his closest friends, including Matt Damon, of helping him through a difficult childhood. After Ben Affleck earned his place in Hollywood for his work with Matt Damon in Good Will Hunting in 1997, he gave up drinking at 24-years-old.

In July of 2001, Ben Affleck completed a 30-day residential rehabilitation program for alcohol abuse. But this experience didn’t seem to convince Affleck at the time he was in danger of real alcoholism. In a 2012 statement, he had said,

“I went to rehab for being 29 and partying too much and not having a lot of boundaries and to clear my head and try to get some idea of who I wanted to be.”

Not saying it wasn’t an important experience, but this statement seems to lean closer to the ‘I’m not as bad as some people’ line.

In 2004, Ben Affleck married Jennifer Garner, his co-star from another comic hero film Daredevil. Sources at the time said Affleck’s new married put a halt on all the hard partying. Batfleck began to settle down and start up a family. The two were later blessed with 3 children: Violet, age 11, Seraphina, age 8, and Sam, age 5. Affleck says,

“I think becoming a father makes you see the world differently and it’s good.”

However, Jennifer and Ben did eventually split in 2015. Still, early reports are indicating Jennifer is an important part of Ben’s current path to sobriety.

While Ben Affleck has been more private about his time in rehab this time around, speculation began when Batfleck was spotted with woman while out and about in Los Angeles that a source later told ET was actually a sober coach Ben had been working with named Elizabeth Weaver.

Other sources have indicated to ET reporters that while Affleck no longer works with Weaver, he was supported by another sober companion while showing up to the 2017 Oscars to support his brother Casey Affleck who won Best Actor.

Looking forward a bit, it’s interesting that the next Batman solo movie starring Ben Affleck is also set to star Joe Manganiello as the infamous villain Deathstroke. Joe Manganiello has also had his struggles with alcohol. In a past interview Manganiello stated,

“My life was ruined. I was homeless, careless and broke with no career.”

The former “Magic Mike” and “True Blood” star has been sober over twelve years! In a 2015 interview Joe Manganiello said his sobriety was “very close to [his] heart.” With him starring as a rival assassin and all out bad mofo in the next Batman against Affleck, one has to wonder if a sober bro-mance might blossom between the two Hollywood action heroes.

In fact, I remember watching Ben Affleck’s Bruce Wayne in the recent Batman V Superman: Dawn of Justice movie. In one scene Bruce Wayne wakes up, fighting back his nightmares, and reaches to a nightstand cluttered by wine bottles to get a bottle of pills. Moments later his butler Alfred Pennyworth, played by the amazing Jeremy Iron, even comments on hoping:

“- the next generation of Waynes won’t inherit an empty wine cellar.”

I related in a big way to the idea even Batman is drinking and popping pills to escape. As a recovering alcoholic and lifelong Batman buff, I felt connected to a feeling I believe is unspoken but relevant to the character, the actor, and the reality of addiction.

It’s almost ironic to me, looking back. To see a well-known and highly celebrated actor like Ben Affleck play my lifelong hero, and in the midst of critical divisiveness over his recent projects still have the strength to speak out about his hardship with alcoholism and the love of his family getting him through, it’s an interesting sense of empathy. Again, when his post says,

“… I want my kids to know there is no shame in getting help when you need it, and to be a source of strength for anyone out there who needs help but is afraid to take the first step…”

That is a strong statement. Batfleck has put himself out there with solidarity and compassion for those who are struggling with alcoholism and addiction. He may not be the first, but he is still a pretty prominent voice in Hollywood today, and that means something. He wants his own kids, and everyone else, to know they should never be afraid to ask for help.

A big piece of this we can all appreciate is that when successful professionals, artists or family-oriented individuals take a public approach to acknowledging addiction, it gives us all another perspective. Those on the outside looking in can see it in the men and women they admire. Their peers can be inspired to take a similar stand on self-improvement and raising awareness. Batman himself has said,

Bruce Wayne is a man who dedicated himself to being a symbol. Ben Affleck is a man who has struggles and is choosing to have a voice. If more of us chose to have a voice, to take a stance and not give up, we could help others still who don’t know there is a choice.

It can be surprising to see so many successful people are recovering alcoholics and addicts. Sometimes we don’t realize our favorite artists and actors have dealt with something so difficult to get through. The more heroes we have every day that step up and share their message of hope, the more hope we may have that people seek the help they desperately need. If you or someone you love is struggling with substance abuse or addiction, please call toll-free now.