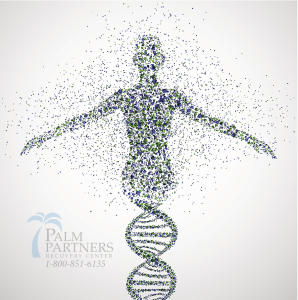 In the United States of America an estimated 24 million people, including individuals from all genders and age groups are currently suffering from various eating disorders, according to the National Association of Anorexia Nervosa and Associated Disorders. So with this information 5-10% of the general population is affected by commonly known eating disorders on a regular basis, while all the biological elements of the behavior are not yet known. 15-20% if you take into account less defined and unusual forms of eating disorders.

While the psychological and genetic causes of these conditions have been well documented, scientists have struggled to find a biological link to the disorders beyond the increased or decreased regulation of food intake. However, a new study has discovered new evidence in regards to the development of eating disorders.

Power of the Protein ClpB

The research conducted by academics at the French National Institute of Health and Medical Research has apparently discovered that a protein produced by intestinal bacteria may be a root cause of these disorders. This means to help with the way we understand the development of eating disorders including anorexia nervosa, bulimia, and binge eating disorder.

The protein ClpB imitates a satiety hormone that naturally helps the body to know when it is feeling hungry or full and regulate eating habits. When ClpB is present, the body produces antibodies that then bind to the satiety hormone and create a false sensation of either hunger or fullness. So essentially this protein is tricking the body into believing that it either does not need to eat, or that the body craves nutrients and the mind picks up on this and acts accordingly.

Specifics of the Study

Initially these studies were being conducted on the intestinal flora of mice to study their biological response.

Given the nature of the study, this reaction further supports the concept of the correlation between the protein and the eating habits of the test subjects.

60 human test subjects were also studied, and the data collected from this experiment was then analyzed with a questionnaire. The questions on this survey evaluated the severity of their condition, while biological tests confirmed a higher level of antibodies to Clpb and the satiety hormones in their systems. The information combined gives the impression to endorse the involvement of the protein ClpB in the dysfunctional regulation of the test subject’s appetites, which begs to question whether or not these genetic variables can be traced back to eating disorders which are typically credited to primarily being a behavioral disorder and not an actual biological concern.

Study authors Pierre Déchelotte and Sergueï Fetissov stated that the next steps would be to develop a blood test based on the detection of ClpB. One way or the other, the ultimate objective for the research team would be to find a way to neutralize the protein in order to halt its effect on the satiety hormone, without causing harm to the hormone itself. The authors noted,

“If we are successful at this, we will be able to establish specific and individualized treatment for eating disorders.”

The Idea of Inherent Anorexia

Some experts believe that the biological basis of anorexia has been under-emphasised, and the social causes over-stressed. These same scientists claim that some individuals are actually born with a biological predisposition to anorexia. This predisposition may then run in families, as twin studies have already suggested.

To further investigated the possibility of the genetic link to this specific eating disorder, British and American researchers have joined forces with other researchers around the world to launch the largest-ever study of the genes underlying anorexia.

This study is intended to collect 25,000 DNA samples from people who suffer from anorexia, including 1,000 from Britain, and compare them with an unaffected control group of 25,000 people. A similar study conducted some time ago suggested that a cholesterol gene could play a role in anorexia, providing a potential new target for drug treatment, but that study finding could not be replicated, meaning that the finding was never confirmed.

While that last failed attempt put scientists back at square one, the researchers now have great optimism that by pinpointing the genes responsible for this kind of eating disorder, and identifying the function of those genes, the research will give the data needed to make new assessments, eliminate the stigma and the misconceptions, and create opportunities for new and more effective treatments.

Millions of people around the world every day suffer from eating disorders, and there has been a lot of emphasis put on certain methods of treatment, but there are always new and innovative discoveries being made to help better understand and treat these illnesses, and to save more lives. If you or someone you love has an eating disorder and is struggling with substance abuse or addiction, please call toll-free 1-800-951-6135