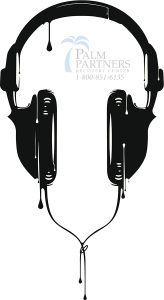 Music and the arts have always held some sort of therapeutic value to me personally, and the passion that most artists express in their craft creates a sense of fulfillment sought after by almost every living person. While Hip-hop has always been an art-form that creates a powerful therapeutic outlet for artists, allowing them to express themselves and voice issues and work through those issues in the music, there are now studies suggesting that Hip-Hop could mean so much more to empowering mental health.

Currently scientists at Cambridge University in England are looking to prove that hip-hop can actually help treat mental illness. And this is not limited to writing raps or song lyrics, but even by simply listening to hip-hop you can be doing work on your mental health.

“There is so much more to hip-hop than the public realizes,”

Said Becky Inkster, a neuroscientist in the university’s department of psychiatry interviewed with The Guardian about this concept, and she and consultant psychiatrist Akeem Sule have teamed up to form Hip Hop Psych.

“I grew up in the ’90s during the golden era of hip-hop, when it exploded into mainstream culture. It is rich in references to psychiatric illnesses that have not been properly explored and which could be of enormous benefit to patients. We want to work with rappers, charities, medical groups and others to promote its real potential.”

Now anyone who has any knowledge of the history of hip-hop knows that hip-hop as an art in many forms has been used as a method of educating a number of times in the past. Even college courses based on the versatility and philosophy behind some of the genres biggest names have taken life and inspired students, like:

But Hip Hop Psych believes that the music can not only be studied, but music can be used as an actual treatment for patients dealing with minor or severe psychiatric problems.

“One technique we want to explore is to get individuals who are seeking therapy to write out where they see themselves in a year or two and to use rap lyrics to outline their future histories. Many key rappers and hip-hop artists come from deprived urban areas which are often hotbeds for problems such as drug abuse, domestic violence and poverty, which are in turn linked to increased occurrences of psychiatric illnesses. These problems are rooted in their language and in their songs.”

So with taking into consideration the therapeutic values of Hip-Hop, it is also possible to consider the music or the culture as a method to assist in substance abuse treatment. Inkster added,

“Hip-hop in general, and rap in particular, often carry messages that are much more complex than is generally appreciated. That makes it an ideal medium for helping individuals understand their psychological problems and for finding ways to deal with them.”

Now even though their research has not yet been concluded or published as of yet, Inkster and Akeem Sule will explain more about these theories and the ways in which they believe hip-hop music and culture can be used to treat patients who suffer from mental health problems and related issues such as substance abuse at the upcoming University of Cambridge Festival of Ideas. They posted on their website,

“We will be covering such artists as Tupac, Kendrick Lamar and J Cole. We love all kinds of hip-hop artists, not just commercially successful ones…We want to represent hip-hop and maintain respect from the community that we love so much.”

Personally I hope that the study proves to be a fruitful and innovative endeavor. It is my personal belief that writing in any form, such as journalism has a great deal of therapeutic value. Having spent a great deal of time listening, studying, and even performing at Hip-Hop shows in the past I can say there is a great deal of conviction and catharsis in Hip-Hop.

The culture of Hip-Hop may currently be over saturated with artist who promote less than healthy aspects of life, or even talk about drugs. But there are scores of artists who still do their music for the love of the art, and it gives people from some of the toughest up-bringing’s an invested voice of truth, and many hip-hop artists today have amazing stories of recovery themselves. If you or someone you love is struggling with substance abuse or addiction, please call toll-free 1-800-951-6135