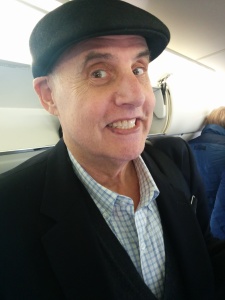 Jeffrey Tambor has been in the acting business for a long time, I know he started acting more than 12 years before I was even born, staring in everything from Starsky and Hutch to M*A*S*H, and more recently in Arrested Development and films such as Hangover Part 3. Recently he took an opportunity to open up about his experience in recovery from alcoholism, as well as mental health issues.

A Series for Sharing

Still shining from the momentum of his newest successful internet show Transparent, actor Jeffrey Tambor voiced his personal story of recovery from the disease of alcoholism, as well as relaying his family history of mental health issues to benefit The Council on Alcohol and Drugs Houston.

The Waggoners Foundation Speaker Series was originally created in memory of June and Virgil Waggoner’s son Jay, who died of alcoholism at the young age of 36. For over 20 years, The Council on Alcohol and Drugs Houston has held a spring luncheon, presenting many of the country’s most prominent and entertaining speakers as a way to educate the community on alcoholism and addiction.

For the Waggoners Foundation Speaker Series’ 2014 Fall Luncheon Jeffrey Tambor was invited to speak, and he opened up about his own struggles in order to highlight co-occurring disorders and the intricate links between alcoholism and mental health challenges, which is why dual diagnosis treatment has become so important in the field of recovery. As an alcoholic in recovery, Tambor hoped to inspire his audience to donate in order to make other such success stories a reality.

A true Hollywood veteran, Tambor has been a regular on stage and screen since the 1970s. As a well-known television actor his accomplishments have been truly impressive. But beyond the lime-light and the award shows, what is truly inspiring is that Tambor considers his greatest honor awarded to him to be his journey of walking a path of long-term sobriety from alcoholism.

Transparent so far has been Amazon.com’s most successful original series to date. In Transparent, the actor plays Mort, a man is finally ready to embrace the reality of being a transgender woman named Maura in his later years.

When asked about the challenge of playing such a role, Tambor said:

“The basic question of the whole pith of what we’re doing is: Will you still love me if I changed? Will you still be there for me? And I think those are the questions that we all have and ask all the time. Around that dinner table, everybody has a secret. We can all relate to this family. Secrets are very powerful and very dangerous.”

The danger of secrets is a threat that Tambor understands intimately.

Throughout his life, growing up Tambor watched the disease of alcoholism claim the life of his older brother. For Tambor, he expresses that managing his continued recovery is like managing his life as a creative entity. When looking at it, it’s easy to understand the comparison to how his career has continued for so long, and how he can relate those experiences and that same system of support and shared struggles to his recovery.

When speaking Jeffrey Tambor has shared about the death of his brother, his sisters addictions, and how he was in complete denial of his drinking problem for a long time. He also talks about how his alcoholism progressed through his career and how success turned him into an anxious drunk. Mel Taylor, President and CEO of The Council on Alcohol and Drugs Houston, said:

“We are fortunate when someone like Jeffrey Tambor opens up about the realities—and tragedies—that go along with co-occurring mental health issues and alcoholism. The more we talk about it, the more we can reduce the stigma, which will empower more people to seek the help they need for themselves and their loved ones.”

For him both acting and sobriety are able to be described as a never-ending journey that succeeds through the love, support, and inspiration from everyone else on the road who has known the same kind of obstacles and difficulties. With over a dozen years sober, Tambor makes a pretty regular effort to raise awareness of the reality of alcoholism, and how mental health and the disease often go hand in hand, and may even hide behind each other.

He is not afraid to share and compare his experience in recovery and his career with the world in hopes of making it a better place to be for an addict or alcoholic. Overcoming odds, stigma and celebrity status to find a path to sobriety, Jeffrey Tambor is truly a veteran of inspiration.

Celebrities and regular everyday citizens alike suffer the same way from the disease of alcoholism or addiction, and despite the differences, they all have the same opportunities to recover the same way. Mental health issues are not uncommon to accompany a problem with drinking or drug use, and with innovations in dual diagnosis treatment there is more effective methods to maintain recovery, so the fear and confusion can always be overcome. If you or someone you love is struggling with substance abuse or addiction, please call toll-free 1-800-951-6135