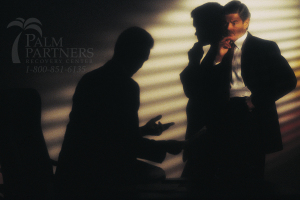 This is something to be aware of and consider quite thoroughly if you’re working a 12 Step program and have a deep, dark secret form your past in active addiction. It’s true, working the steps can dredge up old memories and it’s no wonder that the fourth and fifth steps are so uniformly dreaded by people ‘in the rooms.’

Newcomers to AA, NA, CA, or any other ‘A’ program who diligently and wholeheartedly work the steps are told that Step Five is the path to freedom but, does that freedom depend on the exact nature of the wrongs? Or perhaps, is should “freedom” be thought of purely in the figurative sense? That is, if you’ve committed something of a serious nature, can you only expect feeling the freedom of the weight of it being lifted off your shoulders and not necessarily that you will remain free from jail or prison?

Step 5 says that we prepare to admit to God, ourselves and another human being the exact nature of our wrongs. But, how can 12 Steppers be pressured to confess and then, in turn, be convicted if the deeds are too heinous or in conflict with the confessor’s morals?

Consider that the real issue at the heart of this matter is that anonymity is not sacred – as in a confession to a clergyman – that is, a sponsor can’t absolve the penitent of their sin(s). “The problem with telling people in a meeting, you are subject to the values and mores of those in the group,” says H. Westley Clark, MD, SAMSHA’s director of the Center for Substance Abuse Treatment. “AA cannot pressure a confession and then assure anonymity exists, it is a mischaracterization to offer anonymity…anonymity is not [sacred].”

For one guy, Paul Cox, by the time he reached his fourth and fifth steps, he began experiencing nightmares. They contained gruesome, heinous visions and, as the dreams continued and he couldn’t ignore them any longer, he was finally able to piece together that it wasn’t so much a dream but a reality: Cox, in a drunken stupor, has stabbed two people to death. In a tearful confession, he spilled it all to his girlfriend, who was also in AA. After that, he confessed a series of times, first to his AA sponsor and then other AA members and each time, they said, “Don’t drink, go to meetings and don’t tell anyone.”

It was Cox’s girlfriend who eventually went to the police. That led to the interrogation of the seven other people Cox had confessed to, including his sponsor. Cox was eventually charged with second degree murder after physical evidence collected at the scene corroborated his confession.

In another case, that of William Nottingham Beebe, when doing his Ninth Step, he wrote – and sent – a letter apologizing to the woman he raped at a fraternity house more than 20 years earlier. The problem with that is, in sending the letter to his victim, he caused more harm and injury to her – a cautionary clause of Step Nine – and was really self-serving more than anything else; he sought only to rid himself of the guilt. For his actions, his victim decided to press charges, citing that, although she recognized that Beebe had turned his life around, he doesn’t get a get-out-of-jail-free card for simply apologizing.

Much like Cox, Beebe admits he had spoken over the years to his sponsor and other AA members about the incident and it appears he had no intention of serving time for his crime. To many, the letter seemed only to serve as a way to progress his recovery, appease guilt, and justify his actions as alcohol-related.

Then there’s Jamie Kellam Letson, who confessed to her sponsor that she killed her college friend 30 years earlier. Letson’s sponsor suggested she write a letter to her dead friend and then drove her to the cemetery to read it. That was before the sponsor turned her in and used the letter as evidence.

Bob Ryder made an ‘AA confession’ that he had a dead body of a woman in his basement. His sponsor suggested that he pour baking soda on the decomposing body and, two weeks later, turned him into the authorities.

So, when it comes to criminal confessions, is anonymity a guarantee?

After what happened with Paul Cox, a legal battle ensued that shed new light on issues of anonymity and AA confessions. The cleric-penitent privilege was of course brought up and whether or not it applied to Alcoholics Anonymous and other Anonymous fellowships. In Cox’s first trial, the jury was unable to reach a verdict, and a mistrial was declared. A second trial found Cox guilty of manslaughter. But on appeal, Federal Judge Charles Brieant overturned the conviction, and in an unprecedented ruling said that AA was a religious organization, and a confession made to a member could not be used as evidence. A third appeal overturned Judge Brieant’s decision and Cox was again convicted.

The thing is, crimes that are committed while in someone’s active addiction are still exactly that: crimes; not merely fallout from a past substance abuse episode. And therein lies the confusion, for newcomers and old timers alike. Many experts suggest caution and discretion before disclosing information to a sponsor or in an AA meeting.

“Theoretically, everything that is said in an AA meeting is supposed to be kept confidential by all the other attendees, so there would have to be a breach of the AA code if law enforcement is contacted to report a confession,” says Carole Lieberman, MD, Beverly Hills forensic psychiatrist. “Nonetheless, if an alcoholic patient of mine, who was attending AA meetings, asked if he should confess to a crime at an AA meeting, I would certainly counsel him against it.”

What AA Says About Anonymity

Although AA was founded on spiritual principles of anonymity and disclosure, the literature specifies anonymity to be expected at the personal level, that is, anonymity provides protection for all members from being ‘outed’ as alcoholics. The ‘Understanding Anonymity’ pamphlet never mentions safety from disclosure of a crime.

The executive director of the Georgia Council on Substance Abuse and a Faces & Voices of Recovery board member and person in recovery, Neil Kaltenecker Campbell, says an important question when considering such things, is what will keep someone sober?

“You have to own up to your past and take responsibility for saying what you did in your addiction,” she says. “Recovery is about personal responsibility.”

It’s true: many of us in recovery have dark pasts of which we’re not particularly proud. When it comes to getting sober – and wanting to stay that way, you have to decide what it is that you need to do in order to make that happen. If there are things in your past that you need to talk about, do so with your sober supports, including your sponsor. But don’t just do it for your own peace of mind; if you are serious about atoning for your sins, you have to be ready and willing to face real consequences. If you are struggling with substance abuse or addiction and don’t know where to turn, please call toll-free 1-800-951-6135. Help is available. You are not alone.