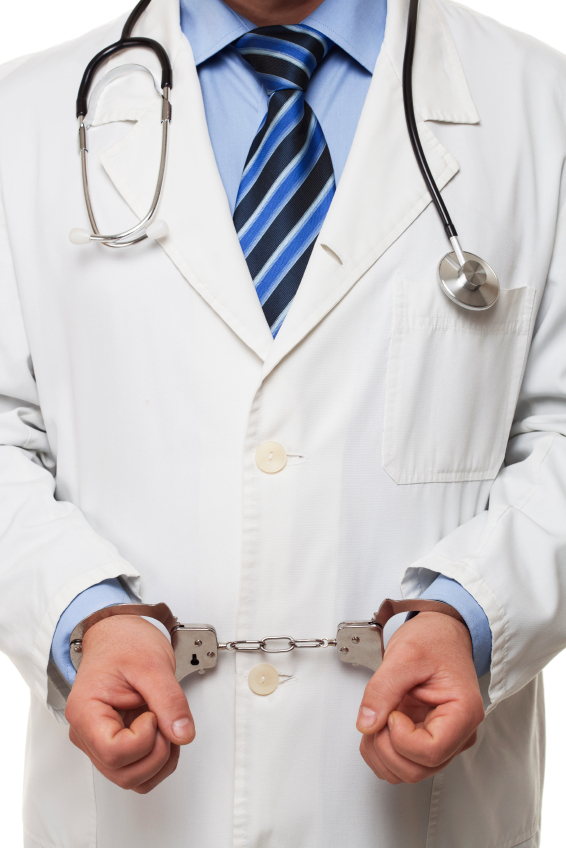 Some serious justice has been dealt this month as another crooked “pill mill” doctor has been struck with a serious of guilty verdicts for his participation in the illegal enterprise of over-prescribing patients shopping for dangerous opiate painkillers.

In a Palm Beach County courtroom earlier in November Dr. Barry Schultz stood in a frozen stare as the word “guilty” was read out 55 times pertaining to charges brought against him. Each sentence was assurance that Schultz would be serving at least 25 years in prison for his pill mill drug trafficking activities.

This is just one story out of so many similar instances across the country where doctors essentially ran illegal drug dealing operations out of their offices and clinics, writing prescriptions for addictive and deadly drugs to people who didn’t need them, fueling the opiate painkiller abuse issue that made a devastating contribution to the opiate epidemic.

The Case and the Charges

Barry Schultz is a 59-year-old former doctor of the suburban Delray Beach, Florida area. During the trial brought against him Shultz claimed he had been pumping out the obnoxious amount of prescriptions for massive quantities of oxycodone and other narcotics to help people in chronic pain. Since the verdict Shultz was shipped off to Palm Beach County Jail to await sentencing set on January 8th.

During the trial, Assistant Palm Beach County State Attorney Barbara Burns and prosecutor Lauren Godden said Schultz prescribed as many as 20,000 pills a year to patients without medical justification. Barbara Burns retired after spending 25 years as a county prosecutor with this case marking the end of her career, showing that she finished strong.

Schultz carried out his illicit operations from the pharmacy out of his office on Jog Road. Prosecutors refuted his claims of trying to help people with pain by stating he was simply greedy, and eventually it caught up to him. The pharmacy only accepted cash, and it was estimated by Burns that on a weekly basis it was raking in about $10,000!

That is a lot of chronic pain.

The jury that heard Schultz’s case deliberated for roughly 17 hours over a three day period before announcing the verdicts. Schultz escaped a few of the charges, which came to about 19 of the 74 drug trafficking charges he initially faced, but the other 55 are nothing to be overlooked. At least 20 of the 74 chargers are all punishable by mandatory 25-year prison terms, so Shultz is sure to be getting more than enough time to spend reflecting on his crimes.

Schultz’s attorney declined comment. But the show isn’t quite over for Schultz. He was stripped of his medical license, and now also faces a charge of manslaughter for causing the overdose death of a 50-year-old patient in 2010. The pieces of the pill mill seem to have fallen apart and are now piling up on top of this crooked doctor as the prosecutors aim to make this case a staple in the fight against drug trafficking and opiate addiction.

This county is full of doctors who have been prosecuted in recent years as pain clinics created a health crisis throughout the state. Doctors have plead guilty to a variety of related charges, including wire fraud, while others were convicted of other charges.

Schultz’s attorney tried to use the pain clinic crackdown to persuade jurors that Schultz was the victim of a witch hunt. Schultz said he became attracted to the potential benefits of narcotics while working as a hospice doctor and treating the elderly, and stated he was only doing what he thought was right to assist his patients. It is expected that Schultz’s legal team will appeal the verdict on these grounds.

Either way, it would seem that the state of Florida is attentive to the issue with prescription pain medications being sold to the highest bidder by doctors who knowingly supply the drugs for them to be abused, taking it very serious and actively trying to bring down those who are trying to profit from pill mills. Making money off of the pain and suffering of sick people is no joke, neither is a 25 year sentence for drug dealing out of a pharmacy. Sooner or later it all catches up.

Battles against prescription painkillers and the doctors running the pill mill empires seem to still be making waves. There are still thousands of addicts and alcoholics seeking help. But there is hope, and it can be as simple as a phone call. If you or someone you love is struggling with substance abuse or addiction, please call toll-free 1-800-951-6135.