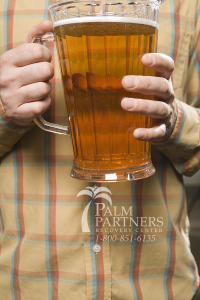 Federal regulations do not require responsibility statements in alcohol advertising, and while the alcohol industry’s voluntary codes for marketing and promotion emphasize responsibility, they provide no definition for “responsible drinking.” The vast majority of alcohol ads today make a point of urging consumers to drink in moderation, but are these statements being made effectively?

A recent study shows that the ads typically don’t even make an effort to define what “responsible drinking” means, and are often used to promote a product. The message is there, but it is a fine print slipped in behind alluring images and glamorized drinking. Responsibility is mentioned, but never truly explained.

Even though these alcohol ads throw that message out there, basic public health information is missing from these ads and the alcohol products are emphasized as exciting and enjoyable, even when they voluntarily carry encouragement to drink responsibly or “enjoy in moderation,” the researchers say there is a lack of actual facts or resources.

According to the associate professor of health, behavior and society Katherine Clegg Smith from the Johns Hopkins University Bloomberg School of Public Health, statistically the responsibility messages were present in almost 9 out of 10 ads. However none of them provided any generation description or data to support the statement. She said,

“Instead, we found that the vast majority of responsibility messages were used to convey promotional information, such as appealing product qualities or how the product should be consumed.”

A study published in Drug and Alcohol Dependence give information collected by researchers who analyzed all alcohol ads in US national magazines sold on newsstands from 2008 to 2010. Out of that study there was a fair amount of data that suggested there was what could be called a lack of conviction in most of these ads.

Almost nine of every 10 ads with responsibility messages used them in some way to promote a product. Messages were often manipulated into just one more way of enticing the drinker with strategies such as:

In some cases, the responsibility message was even being directly contradicted by an image depicted in the ad. David Jernigan, director of the Center on Alcohol Marketing and Youth at the Johns Hopkins stated,

“The contradiction between appearing to promote responsible drinking and the actual use of ‘drink responsibly’ messages to reinforce product promotion suggests that these messages can be deceptive and misleading.”

In a humorous way, some have even poked fun at this strategy to try and expose the situation. The infamous and controversial cartoon comedy series South Park actually featured in an episode recently a parody ad where the screen is a cluster of randomly flashing party images with cars, women, and expensive life-style scenes while a narrator shouted pleasant and exciting captions, followed by the simple words ‘drink responsibly’ on the screen.

This isn’t too far from the truth. Typically this is right on the money. Alcohol ads tend to feature exciting or attractive visuals, without truly acknowledging the dangers of the product.

There are plenty of other options for promoting responsible drinking in alcohol advertising to truly spread a message. One of the best methods would be to replace or supplement unregulated messages with prominently placed, tested warning messages that directly address behaviors presented in the ad and that do not reinforce marketing messages. Katherine Clegg Smith said,

“We know from experience with tobacco that warning messages on product containers and in advertising can affect consumption of potentially dangerous products. We should apply that knowledge to alcohol ads and provide real warnings about the negative effects of excessive alcohol use.”

This makes more sense than ever, because with such an obvious issue with substance abuse and addiction relevant to excessive alcohol use, the alcohol industry should be held more accountable. If the alcohol industry wants to make the suggestion that people drink their beverages ‘responsibly’ than they should be taking some more responsibility themselves and offering the information about ‘drinking responsibly’ instead of using safety as another sales strategy. Maybe if beer commercials came with a warning sign to go with their celebrity spokesman or sexually suggestive scenery than people would take the risks more seriously.

Alcohol abuse and alcoholism are both serious problems, not to mention drunk driving and long term alcohol related health issues. While the alcohol industry is definitely not going anywhere anytime soon, it is still vital that there be a conscious effort put forth to raise awareness of the issues presented by excessive drinking. Too many people underestimate the devastation that comes with alcohol abuse and addiction, and some responsibility should  fall on the shoulders of the companies who make billions off of something that claims lives. If you or someone you love is struggling with substance abuse or addiction, please call toll-free 1-800-951-6135. We want to help. You are not alone.