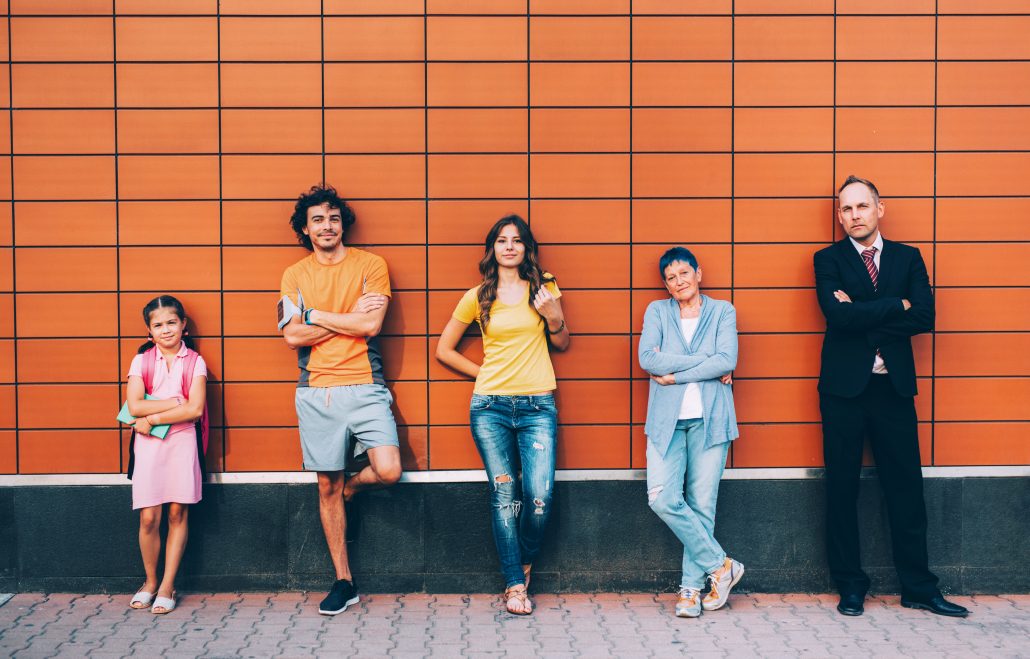 Can you think of anything that was cool in the 80s and 90s that isn’t cool now?

Ok, so maybe the oversized pastel suits and leg warmers of the 80s weren’t a great idea. And maybe the massive Jnco jeans and neon windbreakers of the 90s didn’t age well. But whenever a Boomer tries to poke fun at Millennials, you remind them about the full-body vinyl suits, bell bottoms and neon everything they used to wear.

For each generation, there are plenty of things that go out of style with time. From our sense in fashion, to our preferred entertainment, things just change. Another thing that changes from generation to generation is also the unique issues we face, like drug use. Some substances do remain popular, even if they may be less or more prominent over time. However, with each generation, there seems to be a drug of choice that is unique to the age group.

So what is the drug of choice for your generation?

First things first, we should clarify who exactly qualifies to be part of each generation. The National Survey on Drug Use and Health (NSDUH) has been studying the drug habits of Americans since the 1970s. For this article, we are going to use the parameters they’ve established for each age group:

This survey also tells us what age at which each generation used various drugs the most.

Baby boomers are associated with a rejection or redefinition of traditional values. In Europe and North America, boomers are widely associated with privilege because many grew up in a time of widespread government subsidies in post-war housing and education. Baby boomers were to receive peak levels of income and were amongst the first to grow up with a genuine belief that the world would get better in the future.

At its peak, over 80% of Baby Boomers used alcohol, making it the most commonly used drug of this generation. Baby Boomers also started their alcohol use at a younger age, with most of this age group picking up the drink at just 19 years old. Luckily, Baby Boomers were also born shortly after the creation of 12 Step recovery programs for alcohol addiction.

Other drugs that Baby Boomers used more than both Gen X and Millennials were stimulants. Most stimulant use plateaued at age 22, and up to 12% of Boomers used them. However, we should also note that this is the post-WWII generation when amphetamines were considered a harmless treatment for depression.

Almost 10% of all Boomers abused sedatives. This ends up being around three times more than Gen X, and 10 times more than Millennials. This was at a peak age of 20 years old. Luckily, this trend of drug abuse has yet to regain serious popularity. Again, this is also back when drugs like barbiturates were frequently prescribed for anxiety and insomnia.

Gen X has also been called the “MTV Generation” as a reference to the music video channel that exploded into popularity at the time. This generation has been called cynical and slackers, while they also thrived off of punk, heavy metal, grunge and hip-hop. Authors have also written that the small businesses and the entrepreneurial spirit that Gen Xers embody have become one of the most popular institutions in America.

The use of alcohol did not skip a generation with Gen Xers. Over 80% of this age group used alcohol at its peak, with most of that alcohol use peaking for those around the age of 22.

When it comes to marijuana, Generation X also saw their use peak around the ages of 18-20. While this drug of choice still comes in second place, this generation used it far less than the Boomers, with only around 30%. This may also have something to do with the fact that the Controlled Substances Act that officially outlawed cannabis for any use, including medical, was passed in 1970.

Coming in at third place, and probably the most unique drug of choice for this time period is psychotherapeutics. These are medications that are commonly used to treat mental health disorders, including:

For Gen X, this drug use peaked at about 10%, with people are the age of 20 being the usual users.

Also known as Gen Y, Millennials are generally marked by an increased familiarity with media and digital technologies. Millennials get a bad rap for being entitled, but historians note that the Great Recession has had a major impact on this generation by causing historically high levels of unemployment among young people, leading to speculation about possible long-term economic and social damage. Millennials are also called the “Me Generation”, claiming they are more self-involved. However, they are regarded as being more civic-minded and more likely than previous generations to seek work in public service.

That’s right, the reigning champion of drug use is alcohol. Over several decades it seems alcohol has not lost its touch. As with the previous two generations, Millennials have seen a peak of 80% alcohol use. The peak age for drinking was at age 22. Round-for-round, alcohol use and addiction have not let up.

So far, marijuana use has peaked between ages 18-20 for Millennials. More Millennials use marijuana than Gen Xers, with 35%. However, this generation is also part of a movement that is seeing the laws prohibited marijuana use being changed at a state level. Many states now allow medicinal marijuana use, and some even have laws permitted recreational use. It is safe to bet the number of Millennials using marijuana may see an uptick. However, that also means marijuana addiction will probably see an increase.

If we look around at the ongoing opioid crisis in America, it is no surprise that the unique drug of choice to this generation would be painkillers. Prescription painkiller abuse is more common among Millennials than any previous generation, with peak use at over 12% of those between the ages of 19-20. Sadly, this huge clear increase in painkiller abuse has contributed to an outbreak of heroin addiction and overdose deaths across the country.

A Better Future for All Generations

When we put things in perspective, people born in 2000 are almost all 18 years old now. These are young adults who have never known life without the World Wide Web! It is a whole new wave of people approaching the most common peak age of drug use. If we have learned anything from past generations, it is that substance abuse is an issue we should always be prepared to deal with.

Part of creating a better future for all generations is to provide better resources for those who need help. When it comes to substance abuse, one thing is for sure- addiction does not care what generation you are. Substance use disorder does not discriminate between Baby Boomers and even the new Generation Z. No matter how old people are, they should have the same opportunities to receive help.

One thing we can say now is that recent generations have learned so much about the true nature of addiction, allowing for treatment to evolve over time. In recent years, communities and public health officials have fought to break the stigma of addiction and offer more resources to those who need them.

Medical detox is an important part of the treatment process. Looking at the specific substances from each generation, we can see that many of them come with some devastating withdrawal symptoms, and also carry a risk of overdose and death. Inpatient addiction treatment is always available, regardless of age group. Furthermore, we should continue to create a culture that supports recovery and not the stigma of addiction.

If we keep working to help people, the future will be better for all generations. But that begins with making sure those who need treatment today can get it. If you or someone you love is struggling, please call toll-free 1-800-951-6135 now.