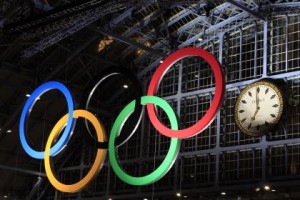 Fans are extremely dissatisfied by a new law passed by President Vladimir Putin’s government stopping alcohol from being sold at the Sochi Winter Olympics. Local authorities have also forbidden booze being sold within 50 meters of some sports stadiums and the people have been annoyed to find most of the beer stands within the Olympic Park provide non-alcoholic beverage, the Daily Star stated.

Russia is hosting what the Wall Street Journal has called the driest Olympics in memory; which is crazy to me because when I think of Russia, I think of drinking vodka all-night long. It’s mostly the Americans who are irritated, which makes you curious if the Russians did it on purpose. Most Americans have never watched an ice hockey game sober and they were very surprised to see those big white fridges dispensing non-alcoholic beverages only.

It was raised at a curling press conference by a journalist; they may not be the sporting world’s most masculine of fans, but it turns out they do like a drink or two. “It’s traditional for the losers to buy the winners a drink like a hot toddy after the game, why is that not happening?” rose a plaintive voice. He’s correct – it’s even got a title: ‘the Spirit of Curling’. Also known as ‘stacking the brooms’. He got a dismissal reply from the US curling team, a group of sober Minnesotans in more ways than one.

According to Mr. Chernyshenko, everything is in accordance with Russian guidelines and laws and he feels no regrets for there being alcohol restriction in the Olympic sites. Last year the Russians passed a federal law eliminating the sale of alcohol inside sports arenas and stadiums. The journalists could be directed to a nice place to drink if they were so inclined, said IOC spokesman Mark Adams. It was also pointed out by IOC’s Gilbert Felli that it would be good practice for Rio, where there are related laws in place.

According to Time magazine, Russia has also banned hot dogs and other fried foods which has just escalated the anger of ice hockey fans. And smoking is allegedly forbidden throughout Sochi’s Olympic Village, though the amount of butts on the ground proposes the Russians have struggled giving up their favourite substance. It must be especially hard seeing as the smoking rates in Russia are over the top and the cigarettes are very cheap. But have no fear; the rumour mill has it that you can discover a real beer at the ice hockey, if you know whom to probe, and elsewhere in the park, if you know where to look. And there’s also a vodka pavilion at the top of the Mountain Carousel hotel in the mountains.

I think there are many pros and cons to banning alcohol at the Sochi 2014; people are going to be sneaking in alcohol and hiding it now instead of just outwardly having a few drinks. It can be a good thing to say they don’t want booze present at the Olympics, but at what cost? People are going to do what they want either way, this just seems to be making it more of a challenge for them. If you or a loved one are struggling with substance abuse or addiction, please call toll free 1-800-951-6135.