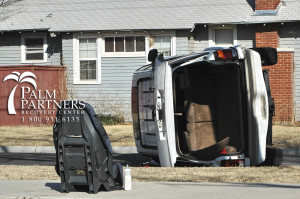 Most people choose a designated driver be the responsible one for the night, drinking water while everyone else parties. But a study to be released in the July issue of the Journal of Studies on Alcohol and Drugs has found that forty percent of designated drivers drink, and twenty percent drink enough to significantly impair their ability to drive.

This news may be shocking to some, but those familiar with the bar scene probably won’t be too surprised. At the end of the night, the keys are often handed to the one in the group who seems the “least drunk” or to the person who’s successfully driven intoxicated before.

The big question now is how to change this behavior. Last month, the National Transportation Safety Board suggested lowering the legal blood alcohol content level for driving to .05 (it is currently .08 in most states). Others suggest encouraging young people to have a plan before going out as to who will drive for the evening as well as a contingency plan if that person ends up drinking.