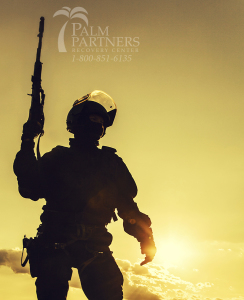 Some experts speculate that the War on Drugs has failed thus far on so many levels, and that reform is vital to resolving these issues. The Count the Costs campaign is a cooperative effort between various Non-Governmental Organizations (NGOs) around the world to address all of the reasons for supporting drug policy reform. With so much happening as far as marijuana legalization, and other drug policies being cross-referenced with political agendas, hopefully new tactics will bring new methods that are less costly and more effective.

The campaign breaks down the costs of the war on drugs into seven areas:

By spreading awareness of the harms caused by drug prohibition in these diverse fields, the campaign seeks to convert a broad range of non-drug-related NGOs to the drug policy reform cause in advance of the UN drugs summit (UNGASS) in 2016.

Danny Kushlick of Transform (a drug policy reform campaign) explained that Count the Costs is an opportunity to tell people working in many totally different areas that the war on drugs is effecting them as well, while allowing those NGOs that might consider drugs a politically ‘toxic’ topic to explore alternatives, without necessarily having to re-position themselves.

Maria McFarland Sanchez-Moreno of Human Rights Watch broke down the worldwide human rights costs of the war on drugs into three clear categories:

The security and development costs of the war on drugs in Mexico, where increased use of military forces in a police capacity is resulting in many extra-judicial executions in a country where cartels have not died out but instead multiplied as a result of fragmentation, have continued to rise according to Jorge Javier Romero of the Centro de Investigación y Docencia Económicas (CIDE).

Patrick Gallahue of the OSF’s Global Drug Policy Program spoke of the role of drug policies and how the ineffective War on Drugs has contributed to the HIV epidemics currently afflicting Eastern Europe and Central Asia, as well as highlighted the existence of more successful alternatives to prohibition in countries like Switzerland and Portugal.

While the War on Drugs seems to be costing too much money to not be helping as many as intended, many expect that with the efforts and information provided by these campaigns, the bad drug policies currently enforced will be reformed, and politicians can move toward more constructive solutions.

The War on Drugs is not just a political agenda, it is a fight that exists in every neighborhood across the nation and effects more people than ever in more ways than one. If you or someone you love is struggling with substance abuse or addiction, please call toll-free 1-800-951-6135