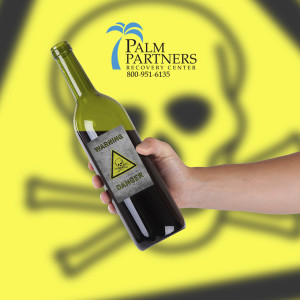 Did you know that that intoxicated effect you get when drinking alcohol is actually due to your body shutting down? That’s why you start slurring your speech and losing coordination – because alcohol acts pretty much like a poison does in your system, telling your brain that it needs to preserve only the most basic functions in order to live, such as breathing and swallowing. And that’s just what happens when you are in the process of drinking. Can you imagine what the long term effects of alcohol abuse are?

Alcohol interferes with the brain’s communication pathways – basically with how the brain functions. Overtime, alcohol abuse can permanently alter the landscape of the brain and affect the way the brain works. Alcohol abuse can also lead to a condition known as “wet brain,” which is essentially when the brain shuts down completely.

Long term effects of alcohol abuse: your mood and mind

This category is similar to the “Brain” category yet it deserves its own section. The long term effects of alcohol abuse on your mind are so extremely profound. It can cause neurological problems, including dementia, stroke and psychiatric problems, such as depression, anxiety, and even suicide. Alcohol’s severe effects on the brain can lead to changes in mood and behavior and it causes cognitive deficits, too, making it difficult to think clearly and have coordination.

Most people by now are familiar – at least superficially – with how long term alcohol abuse can affect the liver; it leads to a condition known as fatty liver, alcoholic hepatitis, fibrosis, and eventually cirrhosis of the liver (scarring of the liver), which is among the 15 leading causes of all deaths in the United States, according to the CDC.Alcohol abuse also causes other gastrointestinal problems, such as pancreatitis and gastritis.

Alcohol is such a toxic substance that long term abuse of it or even overindulging on just one occasion can cause permanent damage to the heart such as stretching and drooping of the heart muscle, irregular heartbeat, stroke, and high blood pressure.

Long term abuse of alcohol can also weaken your immune system, making you more likely to contract certain diseases such as pneumonia and tuberculosis. And even just drinking alcohol once slows your body’s ability to ward of infections for up to 24 hours after drinking, making it easier for you to catch a cold or the flu, or whatever you’re exposed to during that time frame.

If you engage in long term alcohol abuse, you are also more susceptible to developing cancer, particularly in the mouth, esophagus, throat, liver and breasts. However, in general, the risk of cancer increases with increasing amounts of alcohol. Also, another one of the long term effects of alcohol abuse on your whole body is a condition known as neuropathy, in which your nerves become damaged, leading to generalized pain throughout your body.

And we don’t just mean dating. People struggling with long term effects of alcohol abuse often experience social problems, such as struggling to hold down a job, leading to chronic unemployment, and family problems.

If you or someone you love is struggling with substance abuse, addiction or you’re worried about the long term effects of alcohol abuse on your loved one’s health, help is available. Please call toll-free 1-800-951-6135 to speak with a treatment admissions specialist.