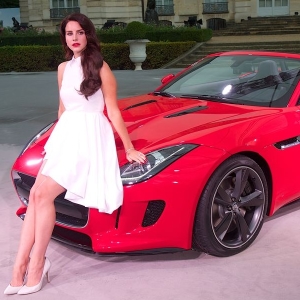 Now, Miami has been known for its major role in cocaine dealing, which is alluded to in many movies and songs.

In fact, Del Rey says that she was inspired to write the track after seeing the now legendary drug documentary, Cocaine Cowboys. Released in 200g, the film was produced by the Miami-based media studio Rakontur, and explored the rise of cocaine and the ensuing crime epidemic that tore Miami asunder in the 1970s and 80s.

Glossing over the reality of that tragic era, Del Rey’s lyrics are delivered in her trademark sexualized little girl voice and sound like more of a celebration of that era, rather than a lamentation; “Florida Kilos” glorifies a certain nostalgia for those very dark times.

However, an interview given by Del Rey reveals that she is claiming to be sole author of the song’s after having watched the documentary. “I was inspired by a documentary called Cocaine Cowboys speaking of traffickers in Miami in the 70s,” Del Rey said. “I attract those who use illegal methods to get what they want. When I was a kid I thought I had the right to have whatever I wanted at any cost. I like the idea of getting to the top with your method, it is legal or illegal.”

Del Rey has previously opened up about her own battle with addiction as a teen saying that she experienced alcoholism beginning at the age of 14, when she was sent to boarding school. “I would drink every day. I would drink alone,” she told GQ. “I knew it was a problem when I liked it more than I liked doing anything else.”

The pop singer admits that it’s a struggle to stay sober in the face of criticism from the media and musical peers.

“I feel like my work’s important, but I don’t always feel like I get respect for it,” Del Rey told Canada’s Fashion Magazine, “when I feel like people don’t like this music and that the 10 years I spent making what I made was not for a good reason, that makes me want to drink again.”

After releasing a music video for her song “Carmen,” about a teenage addict, Del Rey responded via YouTube comment suggesting that she may have been addicted to crystal meth, too.

When one fan commented on the song, stating her gratitude for such a touching and accurate portrayal of meth addiction, Del Rey replied, “I see you. Love you. I got clean too, so I know how it goes.”

The bonus song is will probably cause quite the stir once it’s released as a single.

Del Rey, who is no stranger to controversy, was recently in the spotlight for saying “I wish I was dead already” in an interview with The Guardian when talking about her musical heroes Amy Winehouse and Kurt Cobain. Frances Bean Cobain, Cobain’s daughter, responded via tweet saying, “The death of young musicians isn’t something to romanticize…I’ll never know my father because he died young, and it becomes a desirable feat because people like you think it’s ‘cool.’ Well, it’s f**king not.”

Substance abuse, alcoholism, and drug addiction are no laughing matter. If you are struggling with substance abuse or suspect that someone you love may have a problem, please call us toll-free at 1-800-951-6135 to speak with an Addiction Specialist today. We are available 24/7 to answer your questions and share resources with you.