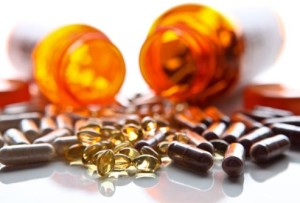 Early clinical studies are showing that there’s promise in the use of an over-the-counter supplement for supporting abstinence from cocaine, nicotine, and cannabis.

NAC, or N-acetylcysteine, is a readily accessible supplement that breaks down into naturally-occurring amino acid cysteine. This compound, specifically, has shown great promise in treating an array of disorders but, especially compulsive disorders like addiction.

The Role of Glutamate

A professor and researcher at the Medical University of South Carolina by the name of Peter Kalivas has, over the span of a decade, been studying the role that glutamate plays in addiction. Glutamate is a pervasive neurotransmitter in the brain. Kalivas believes that addicts can’t learn how to change their behavior because their substance abuse has actually impaired an important brain circuit that involves glutamate, one that allows them to take their desire to change and put it into action.

Kalivas isn’t alone. There’s a growing body of research that links changes in the glutamate neurotransmitter system to addiction. When addicts are in active addiction, they deplete this chemical, which is key in transmitting signals from the cortex – the decision-making center of the brain, to the nucleus accumbens, typically referred to as the pleasure center or reward center of the brain and is pivotal in the forming of habits.

In the brains of addicts, this signal transmission circuit becomes weak at best, or even broken. This can explain the typical addict behavior that describes the compulsion to use: even though addicts know it’s bad, they can’t simply stop by using this information. So, although they make the decision to stop (using the cortex part of the brain) the signal cannot be sent to and received by the reward center. According to Kalivas and others like him, this is why addicts can’t replace their using behaviors with new, healthy behaviors and therefore keep on using.

In any case, when glutamate levels become off-balance, the addictive behavior overpowers logic and reason, which then results in cravings and relapse.

Simply put, NAC increases glutamate in the brain. Although not found in food, when NAC is taken as a supplement, it breaks down into cysteine and then, glutathione—a powerful antioxidant. In addition, cysteine is important for maintaining optimal levels of glutamate.

NAC is a common supplement that you can find at your local Whole Foods. As far back as 1963, it has had FDA approval and since then continues to be used to treat symptoms of bronchitis, COPD and Tylenol overdoses, among other off-label uses. More recently, it has gained attention as researchers learn more about its role in addiction and in relapse prevention.

Currently, hundreds of clinical trials are underway in the U.S. that are studying NAC in the treatment of among others, addiction to alcohol, cocaine, nicotine, marijuana, and methamphetamine, as well as behavioral addictions, namely gambling. NAC is one of the most promising drug candidates in the field of neuropsychiatry, with trials underway for Alzheimer’s, Parkinson’s, autism, OCD, schizophrenia, and even mood disorders, such as depression and bipolar disorder.