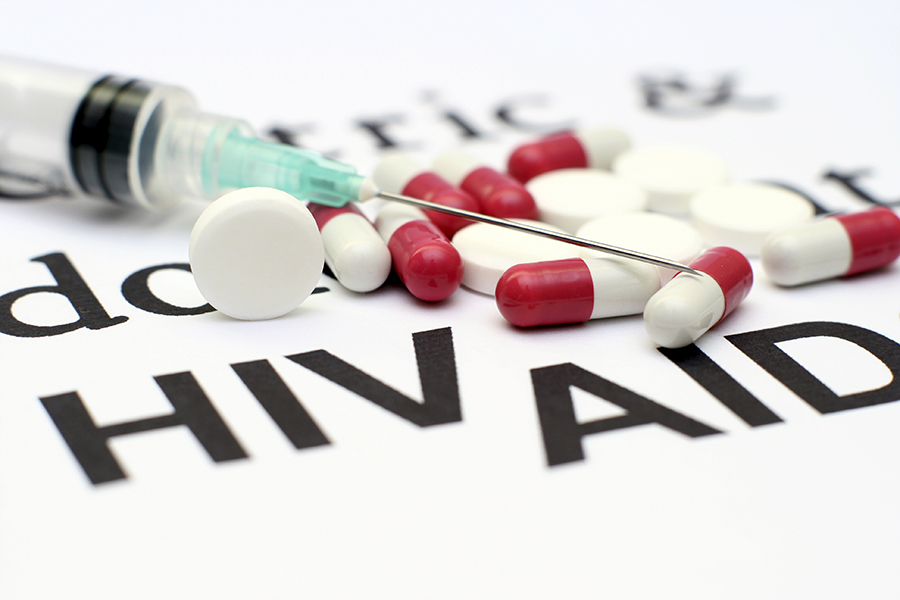 Southeastern Indiana has been battling the prescription painkiller problem for some time, and for a second it seemed that heroin was outdoing opioids as the drug of choice and the pill issue was in decline. Then this past Wednesday news from state health officials changed all that optimism when people were informed that at least 26 people in the region were diagnosed with HIV in just a 3 month period, and most of them contracted it after injecting drugs, but not the heroin they thought they were dealing with, but Opana, another potent painkiller.

The first case that has been included in the outbreak in southeastern Indiana was diagnosed in early December according to the deputy commissioner and director for health outcomes at the Indiana State Department of Health Dr. Jennifer Walthall.

By January 23rd the total of newly diagnosed HIV cases jumped to 11, and in a region that typically experiences less than 5 new cases annually that was a big eye-opener. Since then, more cases have been diagnosed in several counties, and officials are troubled.

These cases, not to mention 4 others considered preliminary cases, could be the start of a whole new problem for the people of Indiana. State health officials are interviewing newly identified HIV patients and urging them to reach out to their sexual partners as well as anyone with whom they shared needles, as both forms of contact can spread the disease.

During their investigation into the outbreak, officials found those infected with HIV, the virus that causes AIDS, had injected Opana. State health officials say it is not a common occurrence that prescription drug abuse has sparked an HIV outbreak, and Dr. Melinda Campopiano, a medical officer with the federal Substance Abuse and Mental Health Services Administration, agreed in a statement.

“I am not aware of any similar instances like this related to this or any other specific opioid pain reliever. I am so sorry to learn this is going on.”

Opana is a drug that started its trend about 5 years ago when the makers of Oxycontin’s reformulated that drug in an attempt to make it harder to abuse. The company who makes Opana- Endo Pharmaceuticals, took similar steps, but Opana contains oxymorphone, an opioid more potent per milligram than Oxycontin, and people have continued to find ways to transform Opana pills into an injectable high.

Experts say the prevalence of Opana abuse varies across the country, but they have stated that just one or two doctors prescribing the drug in large quantities can have a drastic impact on the drugs popularity for abuse.

Kentucky, for instance, saw a spike in Opana overdose deaths in 2011 according to the executive director of the Kentucky Office for Drug Control Policy. But the issue seems resolved since the drug became tamper-resistant. In addition Kentucky closed a number of the infamous ‘pill mills’.

Health and law enforcement officials have fought back against Opana in southeastern Indiana as well, including shutting down pill mills and creating stricter enforcement on prescriptions, and statistics showed that the number of prescriptions had dropped.

But at the same time, heroin use in the area has raised according to Indiana State Police officials.

The recent outbreak has brought the reality of drug abuse to many peoples front door for the first time. That being said, there’s nothing specific about this drug to link it to HIV according to expert opinion. Sharing needles, regardless of the substance, creates the risk of contracting whatever disease the previous user had.

Then again, whenever anyone injects a substance such as Opana, bigger wounds and more bleeding can ensue, which can increase the chance of contamination.

Now, those in health care must bring the message of the dangers of needle sharing to the general public, and state health officials are actively trying to spread the word about the importance of cleaning needles. Here again we see the importance of a harm-reduction approach. Officials are now providing harm-reduction kits to those who use drugs intravenously, and encouraging them to seek treatment.

While the efforts seem well planned, many believe that the outbreak has just begun, and that local clinics should be prepared to test patients in the region worried about contracting HIV through sexual partners, given the nature of the illness. In the near future many bodies will have to come together to help care for those affected by this outbreak, including churches, clinics and counselors. But the public health care system will need to be there to support the community, because some expect the outbreak is likely to impact far too many too soon.

HIV and other infectious diseases are just example one of the countless devastating side-effects of drug abuse. Too many lives are either destroyed or ended because of drugs and alcohol, but there is always a way out for those willing to seek it. If you or someone you love is struggling with substance abuse or addiction, please call toll-free 1-800-951-6135