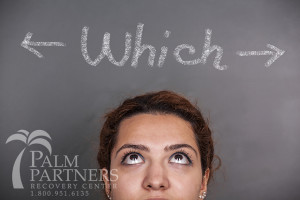 Is addiction a choice or is it an excuse?

Many scientists say addicts have literally lost control, and that they suffer from a disease.

The National Institute on Drug Abuse calls drug addiction a “disease that will waste your brain.” This is our government’s official policy. And government-funded researchers, like Stephen Dewey of Brookhaven National Labs, tend to agree.

They say their studies of addiction in monkeys and rats show that addiction is a brain disease. “Addiction is a disease that’s characterized by a loss of control,” says Dewey. Dewey takes his message to schools, showing kids brain scans that he says prove his point. He tells students that addiction causes chemical changes that hijack your brain.

Is Addiction a Matter of Genetic Destiny?

Dewey and other researchers say our genes predispose some of us to addiction and loss of control. Researchers at Harvard University believe they may have found one of those genes in the zebrafish. When researcher Tristan Darland put cocaine on a pad and stuck it on one side of a fish tank, fish liked the feeling they got so much that they hung around the area, even after the cocaine was removed. Then Darland bred a family of fish that had one gene altered. These fish resisted the lure of the cocaine. Darland says this shows that addiction is largely genetic. “These fish don’t know anything about peer pressure. They either respond or they don’t respond to the drug,” he says.

And when a study of people’s brains was conducted in which addicts watched videos of people getting high on crack, called “craving videos,” and then videos of people engaged in hard-core sex, the brain scans show the addicts get more excited by the craving videos. The drugs become more powerful than sex — because addiction’s a disease that changes your brain, says Dewey. I asked Dewey if he was suggesting that drug users don’t have free will. “That’s correct,” he said. “They actually lose their free will. It becomes so overwhelming.”

Where is the Accountability and Power?

Many others say that the argument that addiction is a brain disease is not only inaccurate but harmful. It removes the possibility of getting out from under the “disease” of addiction – carrying the burden of being an addict for the rest of your life. They say this is harmful because it leads people to believe that there is no hope for them and leaves them vulnerable to what they call the “treatment trap.” Some experts say the treatment industry is taking advantage of people in desperate situations. It conveys to people that they can never get over an addiction on their own and that they have to buy something in order to get over an addiction.

I tend to see the validity of both sides of this argument. I mean, if there is actual scientific evidence of brain difference among addicts and non-addicts, who can argue with that? As someone in recovery from poly-substance abuse and addiction, I know that I tried everything to get clean: moving out of state, methadone clinic, Suboxone, psychiatry, acupuncture, moving again – all this to no avail. I couldn’t stop without professional help in the form of specifically-designed addiction treatment. Today, with a little over a year clean and sober, I do feel that I have the willpower to not pick up again. I have a choice. I am certain that, if I was to pick up drink or a drug, that my choice would be removed once the phenomenon of craving and obsession is reignited.