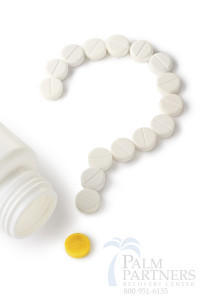 I’m just gonna say this right off the bat…a lot of people aren’t going to like what I have to say about this topic.

There are those people, myself included, who believe that the use of any mood or mind-altering substance is a break in sobriety and therefore anyone using one of these so-called medications, even if prescribed by a doc, cannot be considered to be in recovery.

Then there are others who believe that the use of methadone or Suboxone is a lesser evil than heroin or other opiates and that somehow they can be considered to be sober. I am going to explain a few things about methadone and Suboxone to help clear the air about whether or not people on methadone or Suboxone are truly in recovery.

So, Are People On Methadone or Suboxone “in Recovery?”

First of all, methadone is a Schedule II drug along with oxycodone and morphine. That’s right, they’re both classified just like other opiates. However, methadone and Suboxone are technically classified as ‘opioids.’ The only difference between an opioid and an opiate is that opioids are a synthetic version of opiates. For example, heroin, morphine, and codeine are all derived from the poppy plant and are therefore opiates. Methadone and other narcotic painkillers, such as oxycodone, Opana, and Tramadol are opioids simply because they are the man-made version of heroin and its derivatives.

According to Wikipedia (and all other medical sources), “Methadone…is a synthetic opioid.”Plain and simple.Methadone has what is called ‘cross-tolerance,’ which means that it has tolerance to similar drugs, including heroin and morphine, and causes similar effects as these but with a longer duration of effect. And because it is so similar to morphine or heroin, methadone acts on the same brain receptors as these drugs do, therefore causing many of the same effects; just like with heroin and other opiates and opioids, methadone’s adverse effects include respiratory depression (slowing down of breathing) which is also the mechanism behind fatal overdose, constipation, miosis (pinned pupils), dependence, tolerance, and withdrawal symptoms upon cessation.

Suboxone (the name brand for the generic drug Buprenorphine), is scheduled a little differently than methadone as it is considered a Schedule III drug, making it similar to methadone and other opiates and opioids but it considered to have a lower potential for abuse than these others.

Now, in the case of Suboxone, it contains two drugs: an opiate agonist – an actual opiate – and an opiate antagonist, which blocks the action of the opiate. This blocker drug works to block certain brain receptors in order to keep the patient from achieving the same level of euphoria – the ‘high’ – that they would with a straight opiate. It’s kind of like a governor on a car’s engine – it only allows the opiate part of the drug to work to a certain degree.

And, just like with other opioids, the most common adverse effects associated with Suboxone include nausea and vomiting, drowsiness, dizziness, headache, memory loss, cognitive disruption, sweating, itchiness, dry mouth, miosis, decreased libido, and difficulty with urination. Respiratory depression, the most serious adverse reaction related with the use of opiates and opioids, is also associated with Suboxone use, although it isn’t as high of a risk in Suboxone users as it is in people who use other opiates.

From personal experience with both of these drugs – as a way to treat my opiate dependency and addiction during the decade or so of my active addiction, I will tell you that these programs are misguided. They boast that they can help opiate addicts who otherwise can’t get clean to lead a “normal” life. I see it differently. Big Pharma, methadone and Suboxone clinics and their staffs see desperate opiate addicts as a cash cow, offering a steady stream of income with little work on their part. All they have to do is make empty promises and supply desperately addicted people with their form of legalized dope.

As a person in long term recovery from all mood and mind altering substances, and as someone who had tried both methadone and Suboxone, it is my belief that pure abstinence and successful recovery from opiates and all other illicit and prescription drugs is possible.

The way I was able to achieve sobriety was by getting professional help from a drug and alcohol treatment program. There, I was eased off of Suboxone so as to be as comfortable as possible through the detox process. I then attended a 30 day rehab, which I completed. After that, I received ongoing support and therapy from an IOP. Early on, I became involved in a 12 Step fellowship, which supports me in my ongoing sobriety. If you or someone you love is on methadone maintenance or Suboxone, give us a call toll-free at 1-800-951-6135 where we have Addiction Specialist available around the clock to answer your questions.