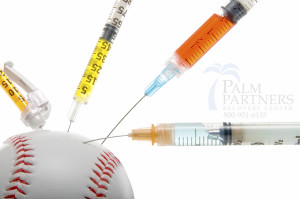 Alex Rodriguez, the Major League Baseball star playing for the New Work Yankees who has admitted to his using steroids during the period of 2000-2003 while playing for Texas. Now his cousin Yuri Sucart, who injected Alex Rodriguez with steroids, and Anthony Bosch a one-time clinic owner who in the past has been accused of providing the performance-enhancing drugs to several players, together have been arrested in connection with an ongoing drug conspiracy.

Yuri Sucart was banned back in 2009 from the New York Yankees clubhouse, all their charter flights, the teams bus and other team-related activities by Major League Baseball after Rodriguez admitted he used steroids and made the claim that Sucart had obtained and injected the drugs for him during this time.

According to Mia Ro, spokeswoman for Drug Enforcement Administration, Yuri Sucart was among nine people arrested in connection to the investigation. Anthony Bosch was also arrested and charged this past Tuesday with conspiracy to distribute steroids, according to court records. The documents included in the report given to the press did not specify whether the charges are directly related to the current Major League Baseball steroid scandal, and it was not immediately clear what Sucart himself had actually been charged with. Sucart was later listed in reports from Anthony Bosch clinic as having purchased Human Growth Hormone.

A Miami New Times report from January 2013 sparked the Major League Baseball (MLB) commissions investigation after including that Rodriguez had purchased human growth hormone and other illegal performance substances from 2009 to 2012 from Bosch’s clinic, Biogenesis of America. The newspaper said it had obtained records detailing the purchases by Rodriguez and other ballplayers.

Court documents say that from October 2008 through December 2012, the clinic owner Anthony Bosch willfully conspired to distribute the anabolic steroid testosterone. Bosch surrendered this past Tuesday morning, and along with Sucart there were eight other individuals arrested with ties to the drug ring.

The MLB had sued Bosch and his clinic at one point during the scandal, but withdrew the lawsuit in February. The lawsuit at that time had credited them of allegedly conspiring with players to violate their contracts by providing them with banned substances. This lawsuit had included specified damages, and it also made the MLB able to subpoena clinic records for the courts case.

When Biogenesis of America closed its doors to the home office across the street from the University of Miami, the neighbors had been warned by authorities to report it if they saw Bosch anywhere on property. Employees in neighboring businesses said they received a flier in January 2013 with Bosch’s picture, stating that he wasn’t a doctor and was no longer allowed on the premises. Any number of flashy luxury cars including Mercedes, Range Rovers and Bentleys were sighted outside in the clinic parking lot according to employees of neighboring establishment, but no one could identify any of the customers.

The New Times obtained notes by Anthony Bosch listing player names and the substance they received. Several unidentified employees and clients confirmed that the clinic distributed the substances in question, and these employees also stated that Bosch bragged of supplying drugs to professional athletes, but they claim to have never witnessed any of the sports stars in the office. At the time, Bosch’s attorney said said the reports were inaccurate and filled with “misstatements of fact.”

Fourteen players associated with the Coral Gables clinic were disciplined last year by MLB, including a season-long 2014 suspension imposed on Rodriguez.

While playing for the New York Yankees Rodriguez had publicly denied ever using banned substances, and during this investigation he had initially fought the suspension. And he was the only player involved in the scandal to contest his penalty. However Rodrigues finally gave in to the MLB’s demands in February, accepting the suspension and withdrawing a pair of lawsuits against the MLB and the Major League Baseball Players Association. This particular suspension is actually the longest penalty in the history of baseball in any relation to performance-enhancing drugs.

Our professional athletes, our politicians, and our peers all have the ability to struggle with substances in their own ways, and it has proven time and time again to be a costly and dangerous affair. From steroids to street drugs, the issue is real and the solution is out there. If you or someone you love is struggling with substance abuse or addiction, please call toll-free 1-800-951-6135