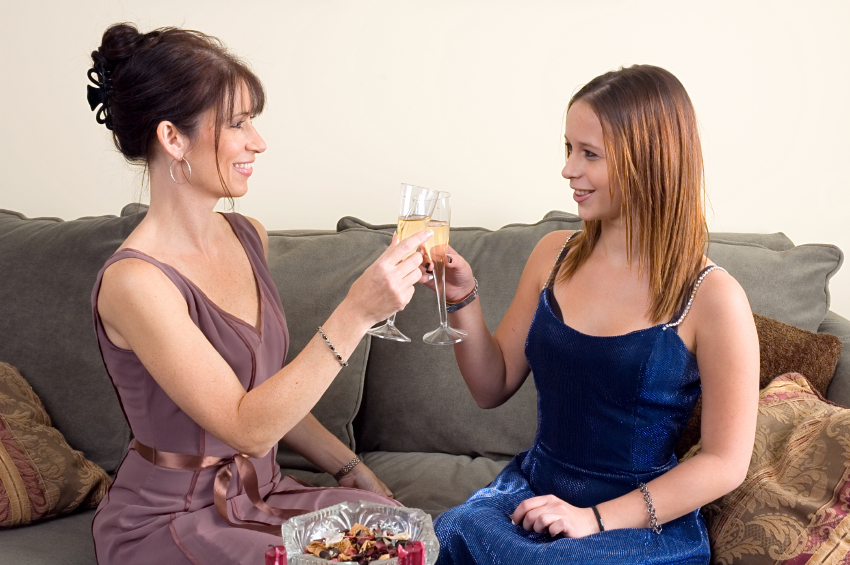 Growing up, I was not exactly popular when it came to the high school in-crowd. It’s okay; I got over it, I promise.  Nonetheless, I remember hearing about parents who were “totally cool” with having their teenager bring friends over to drink. Their ideology was, if they are going to do it anyway, might as well keep an eye on them, right?  Not exactly…

In fact, the state of Maryland has had enough of parents promoting underage drinking. Just recently, the state released a bill stating any parent caught giving alcohol to underage minors will face heavy fines, even jail time.

The Maryland Senate passed the bill unanimously in an effort to prevent alcohol-related tragedies.  The bill, titled Senate Bill 564, was introduced by Montgomery County Senator Brian Feldman as a response to a recently accident involving high school students, Alex Murk, and Calvin Li. The two teens were tragically killed in a car accident after they had been drinking at a party under parental supervision.

The bill, nicknamed Alex and Calvin’s law, now must pass through the Maryland’s House of Delegates. If passed, parents who host underage drinking parties and provide alcohol to minors will be fined double what was fined prior. The fine would increase from $2,500 to $5,000 maximum and jail time would be a consideration.

“Federal data shows that parents and other adult family members are a leading source of alcohol for U.S. teenagers,” said Kurt Gregory Erickson, president of the nonprofit Washington Regional Alcohol Program and a registered Maryland lobbyist.

Erickson is a proponent of both Bill 564 and a similar House Bill that also calls for alcohol restrictions related to the fatal crash.

“At minimum, this legislation addresses the supply-side of underage drinking’s supply-and-demand paradigm,” said Erickson. “At maximum, this potentially lifesaving bill will serve as a deterrent to parents’ enabling of unlawful teen drinking and its too often life-changing consequences.”

A 2013 study conducted by the Maryland Department of Health and Mental Hygiene found that when it came to high school seniors:

The statistics are very daunting when it comes to minors and the access they have to alcohol. A study conducted by the U.S. Department of Health and Human Services found that the second most likely group to give alcohol to minors is parents. The most common are non-family members who are of legal age.

Even with all these statistics, parents argue that they are giving alcohol to minors more as a preventative strategy, than as a way to promote irresponsible reckless behavior. After all, if the number one way underage minors gain access to alcohol is outside of the home, one could argue that you might as well try and control the drinking by keeping it in the home.

Do Parents Who Serve Alcohol at Home Raise Responsible Drinkers?

Parents teach their children how to walk, swim, and drive a car. However, should parents also teach their teen how to drink responsibly? It’s this question that results in some parents decided to allow teens to have alcohol under their supervision.

While it may seem like a great idea, the research says otherwise. In fact, a study reveals that teens who drink with adult supervision are actually more likely to develop problems with alcohol than children who are told not to touch the stuff until they are 21.

Instead of letting children drink in the home, experts suggest that parents lead by example through encouraging moderation. Keep children away from excessive drinking in the home and special occasions. Project a healthy image. By learning how to exemplify healthy behavior, children will understand moderation early on and make better decisions in their own life.

While promoting drinking in the home may seem like a way to prevent risky drinking outside of the home, the truth is it causes more harm than good.  Parents’ approval of underage drinking sends the wrong message to teens. Send the right message. If you or someone you love is struggling with substance abuse or addiction, please call toll-free 1-800-951-6135.