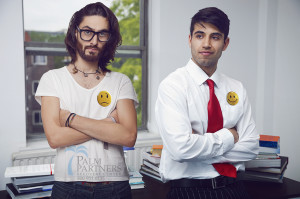 Addicts and Alcoholics tend to get the feeling they are a little different, and we often don’t think we should be lumped all together like one sub-species. Generally speaking we are people who would not normally mix, and that is according to the 12 Step literature that has been helping addicts and alcoholics for decades. Alcoholism or addiction is both a progressive, chronic, and fatal disease that affects millions of people all over the world every day. Addiction, be it drugs or alcohol, affects all people in a variety of ways and is said to be a result of all types of circumstances. Experiences and feelings like depression, anxiety, anger, issues at home, stress from work or even simply social awkwardness are just some of the excuses people come up with to drink.

Some individuals drinking and using drugs indulge in activities like drinking or drug binges. Some alcoholics and addicts use chronically and the substance has had a devastating effect on their lives, including careers, family members, and relationships. Certain alcoholics or addicts can actually consume drugs or alcohol at levels that are beyond our comprehension and are still capable of holding jobs and keeping their families together, while some that may believe they are not alcoholics or addicts can get intoxicated from smaller amounts. Other behavior health and personal areas of an individual’s life become affected as well.

Recently the National Institute on Alcohol Abuse and Alcoholism (NIAAA) conducted a study based on a large cluster of people who are depicted as suffering from alcoholism and determined that there is no stereotypical generalization of an addict or alcoholic. This study specified 5 main alcoholic or addict subtypes, and went on to characterize them by studying into the behavioral characteristics that certain types show. So as an addict, where do you think you would fit in? If you doubt you’d fit in at all, take a look at these and see what you think.

Addict or alcoholic subtypes were each determined by the NIAA research, and each subtype has its own distinct characteristics that can be used to identify the qualities you may most relate to. Drinking and drug use habits and risk factors can also be determined through these types. The five subtypes of alcoholics that the NIAAA study found are:

This is the largest group and yet the least likely to seek help for their problems with their addiction.  31.5 percent of U.S. addicts are of this type. Young adult addicts, with relatively low rates of dual diagnosis substance abuse and other mental disorders, a low rate of family addiction, and who rarely seek any kind of help for their drinking or drug use.

These types tend make up 21 percent of U.S. addicts, and tend to be in their mid-twenties. They are often categorized by an early onset of drinking and drug related problems. More than half come from families with active addiction or alcoholism, and about half have a psychiatric diagnosis of a form of Antisocial Personality Disorder. Many have major depression, bipolar disorder, and anxiety problems. More than 75 percent smoked cigarettes and have multiple addictions such as a combination of alcohol and opiates. More than 1/3t of these addicts seek help for their problems with substance abuse.

This is about 19.5 percent of U.S. addicts. Typically they are middle-aged, well-educated, with stable jobs and families. About 1/3 of them have a multigenerational family history of addiction, 1/4 had major depressive illness at one point or another in their life, and nearly 50 percent of this category were smokers.

Typically middle aged and come from families with multi-generational history of addiction. Intermediate familial addicts make up about 19 percent of U.S. addicts. Almost half have had clinical depression, and 20 percent have had bipolar disorder, but sadly only 25 percent claimed they had ever sought treatment for their substance abuse.

Chronic severe subtype addicts make up the smallest subtype group and can be characterized as addicts who have multi-generational substance abuse issues in their family. Chronic severe types have high rates of personality disorders and other mental health issues, and they make up about 9 percent of the population of U.S. addicts. They are comprised mostly of middle-aged individuals who had early onset of drinking and drug problems, with high rates of Antisocial Personality Disorder and criminal history. Almost 80 percent of chronic severe types come from families with multi-generational substance abuse issues. They have the highest rates of other psychiatric disorders including depression, bipolar disorder, and anxiety disorders, and 2/3 of these individuals seek help for their problems, making them the most prevalent type of addict or alcoholic in a substance abuse treatment facility.

Where Do You Fit In?

So at this point, it is possible to take a look back and see where most of those who were surveyed create a composite sketch of the different ways that we show our addictive behaviors in different ways, and how some addicts never seek help for a serious issue with substance abuse simply because they have convinced themselves the category they fit into isn’t an addict. Try and re-evaluate the way you stereotype an addict, and see where you actually relate to these traits more than you may have been able to admit before.

Addicts come in all shapes and sizes, and regardless of the substance they use, the job they have, the money they have or the family they grew up in they may still have a disease that is slowly growing inside them, and slowly killing them the longer it goes untreated.

Addicts and alcoholics die every day from an illness that convinces them they are different, that they don’t have the disease, that their symptoms are different and that keeps them safe. In the end you can find a million excuses to not see an addiction for what it is, but the quicker you can see identify your addiction and seek help, the closer you are to saving your life. If you or someone you love is struggling with substance abuse or addiction, please call toll-free 1-800-951-6135