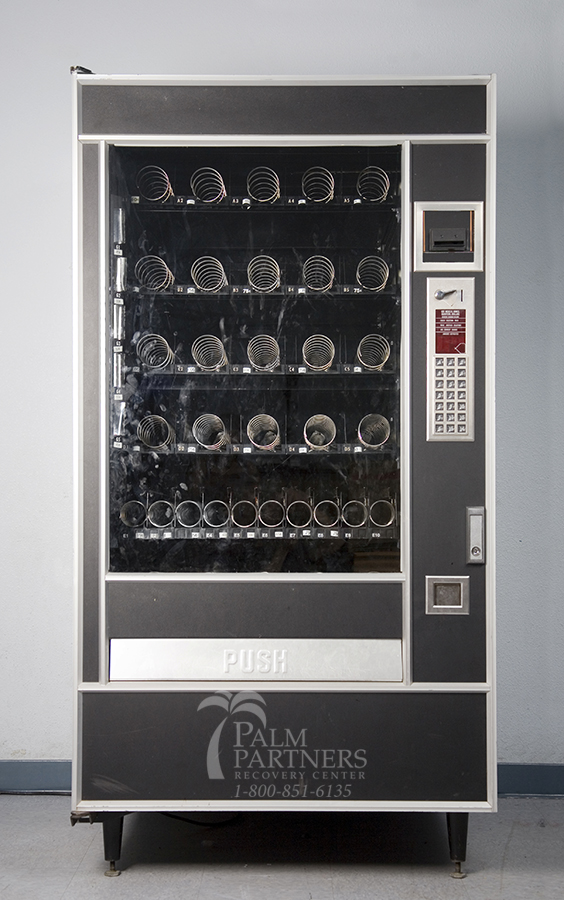 Call me old fashion, but back in my day vending machines were used for candy and cold beverages. Once in a while you would see one for cigarettes in a bar, or the detergent machines in the laundry mat. These days there are vending machines that serve all kinds of creative new purposes. Some every have iPods and other electronics, and as technology advances they find more and more vending jobs to replace with machines.

But maybe this time they have gone too far. After the drug store at the health services building in Arizona State University was closed last September, school officials set in motion an ambitious plan to replace the drug store with a vending machine that will actually dispense prescription medication. Is this a progressive step, or an unnecessary risk? With prescription medications being a higher cause of death than ever before, it is probably something that needs to be examined closely, especially on a college campus.

Starting next month with an approved prescription the InstyMeds vending machine will be available to distribute medications for both students and university employees. These college campus customers will be given a voucher with ID information unique to them and their prescription, along with a 24-hour-only code that can transfer over a secure connection from the prescription doctor to the machine.

Some might not know it, but ASU is actually the second university to install the machine, with Florida State University being the first to make the commitment to a machine operated pharmacy on campus. Allan Markus, Director of ASU Health Services, said in a statement to the press,

“Serving the health-care needs of our students is still our highest priority. We believe the measures we have taken will help our students with their prescription needs.”

Although ASU officials wouldn’t specify which drugs the vending machine will dispense, they confirmed the 50 medications most commonly prescribed to college students will be available.

Of course with anything that hints at the possibility of drug abuse there is a lot of risk and fear involved. The concerns of drug abuse are well warranted, especially since the last 10 years have seen a massive increase in college students abusing, prescribed or not, ADHD drugs like Adderall and Ritalin.

Recent studies have concluded that up to 35% of college students take non-prescribed stimulants to help them stay awake through class, to energize through the night, and especially to maximize study time. A study by the National Survey on Drug Use and Health done in 2009 had found that full-time college students were 2 times more likely to take ADHD medications without a prescription than those students who only attended school part-time. According to a professor at the University of Kentucky by the name Alan DeSantis,

“When we look at upperclassmen, the number really begins to jump. The more time you stay on campus, the more likely you are to use.”

What is the solution in the eyes of this vending machine manufacturer or the schools themselves? InstyMeds are supposed to be addressed drug abuse concerns by claiming that their equipment is alarmed and alerts authorities if there is ever an incident involving tampering with the vending machine in any way. But is that truly going to do all that much to avoid substance abuse? Or is it just going to deflect the blame from the InstyMeds.

Some colleges have taken additional steps to address the mounting issue facing college students and abusing prescription medications. Marist College and Fresno State now require students who are prescribed ADHD prescriptions to sign contracts that bind them not to misuse their pills, or to share them with other students under any circumstances. Some college campuses even prohibit school clinicians from prescribing stimulants entirely, instead referring students to seek off-campus providers for their medical needs.

Hopefully adding what some might go as far as to call a drug dealing robot to the campus corner store, right next to the ATM, is not going to turn into a dangerous endeavor, but upon reading this many probably wonder how much easier it will be for students to manipulate this kind of system.

Prescription medications are not as safe as some people assume, and they are causing more devastation and even death than ever before, and too many people suffering do not know that this kind of misuse of medication is life-threatening, but also treatable. If you or someone you love is struggling with substance abuse or addiction, please call toll-free 1-800-951-6135