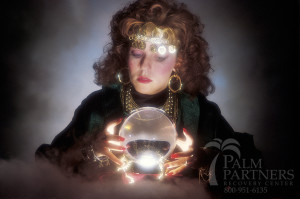 Of course, there’s no way to predict or even guarantee that someone will remain clean and sober. However, there are several trends that show a favorable outcome for long lasting sobriety. Here are 8 things that can predict whether you’ll stay sober.

Attending rehab is one of the first ways that you can increase your chances of success with sobriety. Data is clearly in your favor, as opposed to doing it on your own, if you go to a treatment program for substance abuse and addiction.

Your odds at staying sober are greatly increased if you complete the 28 or 30 days of rehab. Your odds increase even more the longer you receive treatment, that is, taking advantage of attending an intensive outpatient program (IOP).

#3. Having – and following – an Aftercare plan

Having a plan for after you complete your treatment program, known as an aftercare program, is vital for staying sober. Your therapist will develop your aftercare plan with your input, so as to tailor it to your individual needs. Having a plan for after treatment is beneficial in that it gives you clear guidelines and steps to take once you complete your program. Not having a plan in place can be highly detrimental to your recovery.

#4. Living in a halfway house/sober house

Many people are turned off at first of the idea of living in a halfway house or sober living house because of things they hear and also because they have to obey certain rules such as having a curfew. However, one way to build a strong foundation of recovery is to live in a sober environment once you complete treatment. Sober houses offer several supportive means, such as accountability, structure, safety, and peer support.

#5. Working a program of recovery

Whether it’s a 12 Step fellowship or some other organization that supports ongoing sobriety, working a program of recovery is of utmost importance. The disease of addiction requires lifelong vigilance; it’s not something that just goes away after a while. Therefore, mere abstinence (not using) is not enough. Plus, it’s a miserable way to live. Fun and success in sobriety is possible through recovery.

It’s essential that someone who gets clean and sober change most of their habits as well as distance themselves from their using buddies, if they want to remain clean and sober. By hanging out in the same places and with the same people as before, it’s only a matter of time before you’re drinking and using again.

The June 2008 issue of the Harvard Mental Health Letter revealed that a lot of experts say that it’s important to for alcohol-dependent people to give up smoking — not just to improve their health, but also to increase their chances of staying sober. Although it’s a common worry that trying to quit smoking and drinking at the same time will undermine treatment for alcohol dependence, most studies have reported that efforts to quit smoking either have no impact at all on maintaining sobriety or actually increase success of alcohol treatment.

It’s no accident that 12 Step fellowships emphasize helping others so much; research conducted on people is recovery from addiction has found that when comparing helpers to non-helpers in AA, Maria Pagano, an addiction researcher at Case Western University, found that 40% of helpers avoided remained sober in the 12 months following their 3-month treatment period, while only 22% of non-helpers stayed sober—a doubling effect rarely seen in social science research, she says.

According to a 2010 survey on volunteering of 4,582 American adults, 68% said that volunteering made them feel physically healthier, 73% said it lowered their stress levels, 77% said it improved their emotional health, and almost all participants said it made them happier.

Addressing a substance abuse issue or addiction, whether it’s you who struggles or a loved one is scary. It takes a lot of courage to admit that there even is a problem. If you or someone you love suffers, help is available. Call us toll-free at 1-800-951-6135 to speak directly with an Addiction Specialist, who can answer your questions. You are not alone.