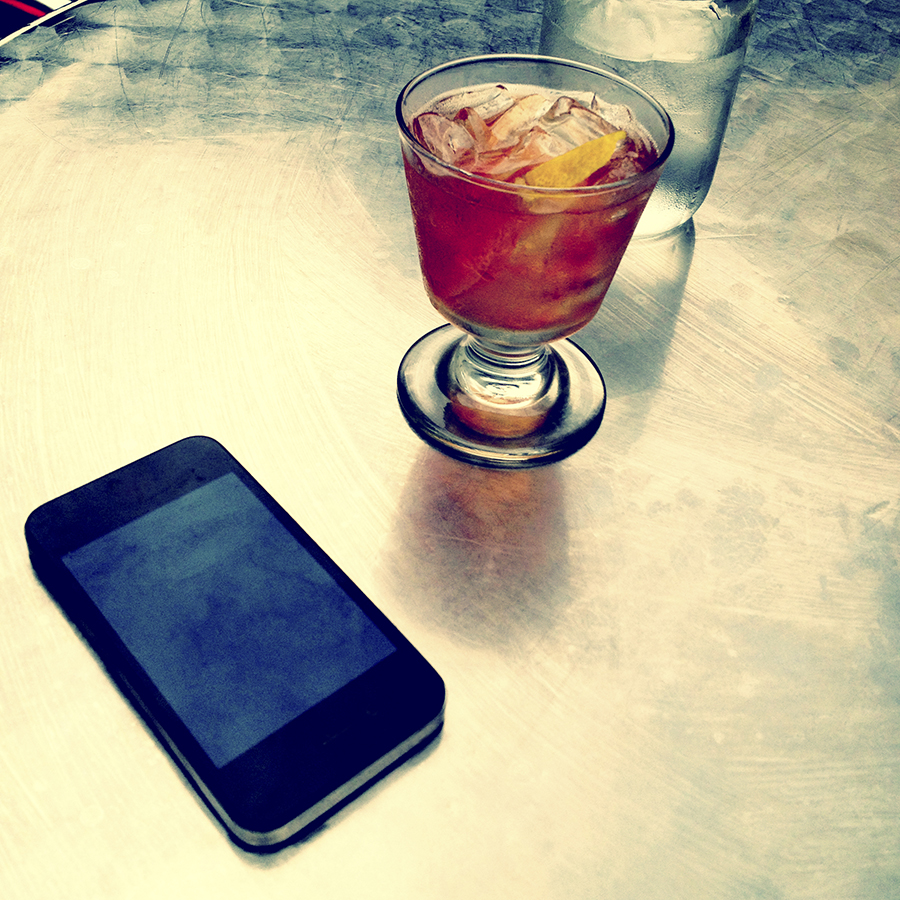 Anyone remember ‘Big Brother’ from George Orwell’s classic novel “1984” watching over everything, monitoring every move and tracking and notes on the behaviors of citizens, all while tailor-making information to feed through propaganda with the intent on controlling the masses?

Yea… doesn’t sound as much like fiction as it used to considering conspiracy theories and real life controversy surrounding surveillance, but now-a-days the truth is we don’t need ‘Big Brother’ because social media and smartphones have taught us to willfully give away our thoughts and stay checked up and tuned on to our daily routines.

BUT… what if ‘Big Brother’ was a brewery, and used your information to sell you more alcohol?

Introducing the new app for your mobile device entitled BARTRENDr, an interesting piece of programming which tracks and analyzes your alcohol intake habits, just in case you were wondering how much alcohol you personally put away over time.

The app monitors a number of different aspects over extended time such as:

Then at the end of a year, BARTRENDr compiles all this info into an annual report for the customer to read. One of the major payoff the makers use to market the tech is the insight into your drinking habits, which many have suggested could be useful for problem drinkers to keep track of their progress, or maybe even their alcoholism.

It is basically the opposite of a Fitbit.

One issue is that BARTRENDr doesn’t automatically log how much you drink; you have to do it yourself.

All this sounds like it could be somewhat useful for someone to ultimately take a look backward in hopes of determining how they can cutback and improve personal health, but is that the real reason it exists?

To be blunt… Nope!

Believe it or not the BARTRENDr app’s main focus is not to help you monitor your drinking or cutback; in fact, it was designed for the exact opposite.

The description is essentially a “social networking app for bar-goers,” like Facebook for drunks. This alcohol advocating app actually includes three sections:

The “Share” tab lets you log the atmosphere of a bar and the type of people. It’s also for snapping photos of the bar you’re in or what beverage you’re drinking.

This tab helps you find other trending bars nearby

“We can look at what last week’s Corona drinker looks like. Whether they also drink shots. Or what percentage of their drinking was beer. We’re about helping the brands. The system is so archaic. They sell to the distributors, they sell to the bars or they sell to the consumer. They want to know the trends.”

In fact initially this information was for alcohol companies, but because so it became such a hit Bergman came up with the idea to share the reports with users.

Looking at the full picture, it seems keeping track of how much alcohol you drink and sharing the stats with the alcohol companies that stand to profit off your drinking might not sound very humanitarian, but then again it is a business of booze. The idea is perfect for them, because they get to capitalize off of the habitual drinker, and have a fast-track to finding the most effective ways to tempt them with ads and marketing.

So what about the alcoholic? Do they take into account the heavy drinker on the verge of collapse? Or do they just look at the lives at risk as numbers and fractions of dollar-signs?

Before you speculate that no one is buying this technology, in the last five months alone the app has received $1 million dollars in funding after being downloaded approximately 700,000 times. So while it doesn’t sound like it would be the most popular thing for people to keep tabs on was how much alcohol they drink by checking in on the phone, it seems enough people are influenced by the process to buy the product.

My question, is this helping the alcohol addicted individual? Not saying this app is a bad idea, it is genius for those who stand to make millions off of the sales of alcohol. Big Brother has effectively targeted the drinking American and uses the social media machine to manipulate his choices.

But what about the consumer being polled and prodded? Sure these powers could be used for good as far as a reality check at the end of a 365 day binder, but is subliminal crowd-sourcing and fixing the market influencing the wrong choices for the wrong people?

Alcoholism is a tricky disease, and there are constantly new temptations and triggers for those who just don’t know how to stop drinking. The answers to getting help are not always cut and dry, but there is real help from people who have seen it and lived it. If you or someone you love is struggling with substance abuse or addiction, please call toll-free 1-800-951-6135