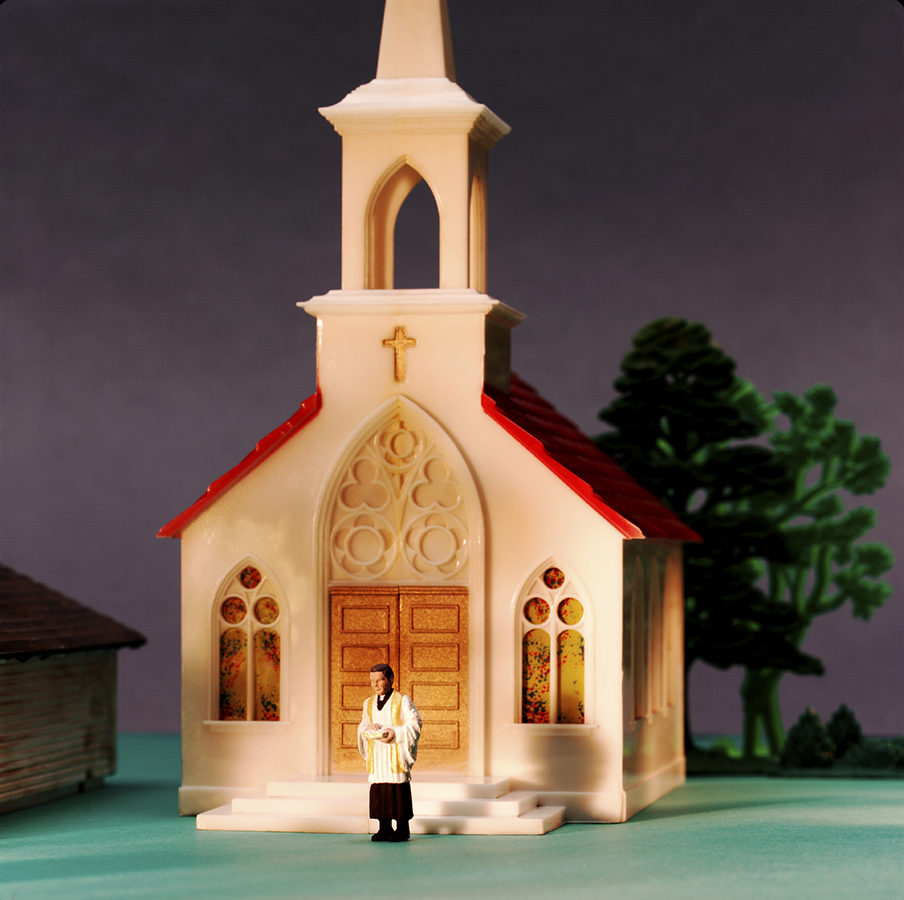 A Roman Catholic priest – albeit a former one – seems to have crossed over to the dark side, living out his own little version of Breaking Bad.

Dubbed “Monsignor Meth,” Kevin Wallin, has been given a jail sentence of five-and-a-half years for his part in running a coast-to-coast drug ring in the US.

The 63 year-old would receive meth by mail from California methamphetamine suppliers and then deliver it to a distributor in New York. In a word (or two) drug trafficking.

Oh, and the “reformed” priest had also bought a sex shop in order to launder the money he was making through illegal means.

Wallin, who pleaded guilty to a meth conspiracy charge in 2013, apologized to friends and parishioners in a Hartford, Connecticut court saying, “The day I was arrested was a very good day. It took me out of that situation.”

The former priest has been in jail for 28 months; with time served, he has about three more years of time behind bars.

US District Judge Alfred V Covello sentenced Wallin to 65 months as well as also imposed supervised release for the following five years. The judge told Wallin he could “not ignore [his] decision to infect [the] community” with meth.

“For you, sir, this is an unhappy day,” Covello told Wallin,

However, the judge also said that the letters of support from friends and former parishioners surpassed “anything I have ever seen.”

“It’s a little like attending your own funeral, your own wake,” the judge said.

Kelly Barrett, Wallin’s public defender, said her client “put all his efforts in helping others” while neglecting himself. She requested leniency due to Wallin’s lack of criminal history and that he isn’t to return to crime.

Barrett also cited the Recession in 2008 as a precipitating factor in the former priest’s actions. She added that Wallin was coping with tough times, financially speaking, at the parish around that time.

“He was floundering and overwhelmed,” she said. “The man who had given help to others was unable to accept help.”

On the other hand, we hear a much different story from Assistant US Attorney Patrick Caruso, who told the judge that Wallin “abandoned his priestly life” and was a meth addict who associated with other meth users.

Despite acknowledging Wallin’s service as a priest and his performing of charitable works, and even admitting that Wallin was “genuinely remorseful,” the prosecutor went on to say that Wallin was the “most culpable,” calling him the head of the meth ring.

“He turned his apartment into a meth den for people to buy meth, to use meth,” he said. “The public didn’t know how he became a stone-cold drug dealer.”

At his sentencing, several people spoke on Wallin’s behalf, including a psychiatrist who works with drug addicts, a church colleague, and several others, asking Covello for leniency.

If you or someone you love is struggling with a substance use disorder, please call us toll-free at 1-800-951-6135 to speak with an Addiction Specialist. Substance abuse and addiction can be difficult to understand and sometimes even difficult to spot. But there are options when it comes to treating any of these. We are available 24/7 to answer your questions.