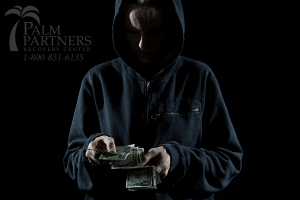 When many people think of addiction, they think it is limited to the substance, and don’t often enough associate the other behavior and relationships that make up ‘the life-style’ that comes with addiction or just with drugs in general. People can easily become addicted to more than just the physical dependence of a drug, but to the actions and the other habits that come with it, like selling drugs. Money is a powerful addiction as well, or power in itself can be an addiction to some people. So when thinking of being addicted to the life-style, some people are unsure if that means they need rehab.

Should I Go to Rehab If I’m Addicted to the Life-Style: A Different Addiction

Being addicted to the life-style is a different level of addiction. Some may not even be able to imagine being addicted to the life-style as a reality, but plenty of people can tell you that the feelings and the rush associated with selling drugs, partying all night, and other risk behaviors can create another kind of high that is extremely addictive. It in many ways is comparable to an impulse-control disorder like gambling is.

Money can be a huge aspect of being addicted to the life-style. An addiction to money can be destructive to an individual who goes to any lengths to have it, and risks everything if they have to. Money is a necessity in many ways and being ambitious is nothing to be afraid of, but risking your health, your safety, or putting others at risk for money and throwing away your values is destructive. The same exact circumstances apply to power as an addiction.

Another part of being addicted to the life-style is that nightlife. Even if you are not addicted to the drugs or alcohol, being addicted to the life-style and having that uncontrollable desire to stay out late and party as hard as possible has the capacity to put a strain on the rest of your life, and can even seem impossible to give up, whether you are drinking and using drugs or not. Many addicts and alcoholics can say they developed what they considered an almost completely separate obsession with the actual physical act of using or drinking, and the circumstances they almost used in.

Should I Go to Rehab If I’m Addicted to the Life-Style: Dealing and Possession

If you are a first time offender charged with possession, you might be able to take advantage of something called Diversion. This is where rehab comes in. Diversion programs are similar to probation, in that there are stipulations set for a period of time. Prosecutors will allow you to go to rehab by entering into a counseling and behavioral health program.

Upon completion of a substance abuse program, as long as you do not commit any more offences during the diversionary period, the case will be dismissed and you will have a clean record. Now that diversionary period usually lasts anywhere from 6 to 18 months. You won’t even have to divulge that you have been arrested or convicted of a crime for say a job application in the future.

So when being charged with possession, rehab is an option that can keep you out of trouble and help reduce your sentence after you make the appropriate changes. As far as dealing drugs, you will be looking at a little bit of a different court case, but if you can get into treatment it can help tremendously. Selling drugs is a toxic behavior that can become addictive just through the money and the power that one feels they obtain, but ultimately if you feel trapped in that cycle or compelled by the money, you may want to consider another way.

Should I Go to Rehab If I’m Addicted to the Life-Style: Rehabilitation

If you think it would not be possible to change the craving for money, power, security, or other habitual self-destructive behaviors like gambling, lying and stealing from others you are very wrong. People who are addicted to the life-style have the same opportunity as anyone else. Whether you think it is hurting you or not, if you’re fortunate enough to get a chance to go to treatment you should absolutely take advantage of it.

Many states allow courts to sentence people charged with possession and other drug charges to a period of rehabilitation at a drug treatment program or rehab instead of a jail sentence. This is more than likely the first time you’ve gotten caught, not necessarily the first time you have been in possession of drugs.

People who have impulsive-control disorders or other serious behavioral health issue but they have no ‘serious’ drug problem are able to learn how they are filling their empty selves with outside elements trying to fill the void, but in reality they are hurting those around them, and digging their hole deeper. Letting go of the habits and letting go of being addicted to the life-style is a huge step on a path to recovery.

Rehab for people addicted to the life-style teaches them how to treat others, it teaches of the harm addictions like money and power can do to families, and how these addictions can be overcome with some help. If you or someone you love is struggling with substance abuse or addiction, please call toll-free 1-800-951-6135