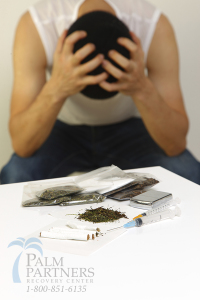 Publicly most people will tell you that there is a huge difference with the severity of your addiction and the drugs you are using, and some would even insist that certain drugs are not at all addictive. Most marijuana enthusiasts stick it out and claim that weed is not addictive, but experts are very persistent in stating there is absolutely an addictive element to marijuana. While previous research has revealed the addictive nature of marijuana, one new British study claims the drug marijuana’s grip can actually be just as potent as heroin!

Those who have dealt with the disease of addiction long enough to understand the nature of addiction can honestly say that the particular substance does not matter, as long as it can be abused and destructive to the life of an addict, it is not to be trifled with. That being said, those same people may still carry reservations about how seriously they consider marijuana to be as an addiction because it has become more socially acceptable, but this new study intends to question all of that reasoning.

According to a 20-year study conducted by an adviser to the World Health Organization by the name Professor Wayne Hall, who is also a leading expert at King’s College in London, marijuana is massively addictive, not to mention it is harmful to mental and physical health! That is a bomb to drop many may not want to take serious, but Professor Hall suggests his study is very conclusive.

Professor Hall established that 15% of teenagers and 10% of adults who regularly smoke marijuana are dependent on the substance and have extreme difficulty quitting. He stated,

“If cannabis is not addictive, then neither is heroin or alcohol. It is often harder to get people who are dependent on cannabis through withdrawal than for heroin. We just don’t know how to do it.”

I’m not too sure the methods of weed withdrawal treatment they were measuring during this study. The paper also noted the health dangers of long-term use of marijuana, which apparently include:

This seems strange, since medical marijuana is currently being approved in several states to TREAT cancer, not cause it. Hall also claims in the study cannabis use doubles the risk of psychosis and schizophrenia, and those trying to wean off the substance can experience withdrawal symptoms that include:

Professor Hall insisted in accordance with his data,

“There is no doubt that heavy [marijuana] users experience a withdrawal syndrome as with alcohol and heroin.”

Although some chronic marijuana users (go ahead and giggle) are able to successfully quit, more than half of those who do return to the drug within six months. Hall found that the rates on record of recovery from cannabis dependence among those seeking treatment are similar to those for alcohol. So this is one of the reasons that Hall suggests that the addiction to marijuana is similar to Heroin, because the success rates of recovery match so closely.

In light of the new study, Mark Winstanley of the Rethink Mental Illness charity confronted the government, insisting that there be more action taken to properly and effectively educate the public on the dangers of marijuana use, especially in relation to habitual users, and long-term risks associated with marijuana dependence. Winstanley said,

“The common view that smoking cannabis is nothing to get worked up about needs to be challenged more effectively. Instead of classifying and reclassifying, government time and money would be much better spent on educating young people about how smoking cannabis is essentially playing a very real game of Russian Roulette with your mental health.”

Now given the nature of the ‘cannabis climate’ and how there has been continuous reform and avocation for medical and recreational marijuana to be used as a positive, this study is not being met with much wide-spread support or approval. While there is not yet enough information to support all these claims, there is still some truth to the health effects of chronic marijuana use. Many would say that Hall’s study has been taken by media outlets and closely compared to Reefer Madness-style hysteria and fear mongering. Either way the substance is not the issue for the addict, it will always be part of the bigger problem. If you or someone you love is struggling with substance abuse or addiction, please call toll-free 1-800-951-6135