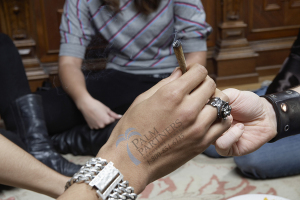 Since the state of Colorado first took innovative and unprecedented action to enact a new law legalizing the use of recreational marijuana, there has been plenty of questions as to how effective it has been, and how soon will the country see other states taking this same action? However the governor of Colorado recently spoke out to deter other state officials and governors, and steer them away from legalization, saying that it was a “reckless” choice. So why is it that Colorado’s governor feels that legalization of marijuana was the wrong move?

In 2012, more than 55 percent of voters in Colorado supported Amendment 64, which legalized marijuana for recreational use. The amendment aimed to regulate marijuana in roughly the same way alcohol is regulated.

Amendment 64 went into effect in 2014, and since them the state is on a speedy incline to raise more than $40 million in new annual revenues for education and other priorities from marijuana-related taxes, proving that the marijuana industry has grown and is already gaining ground to support the local economy.

According to recent research there has been little evidence that crime rates or driving fatalities have increased since the law took effect. Quite the contrary, as the research shows that violent crime in Denver was at lower rates in the first half of 2014 already, and also that traffic fatalities in the state are near an all-time record low.

Polls taken recently to check the support of Amendment 64 among the Colorado citizens show statistics as to what where the divide among the general population lies.

So while there is still a majority in support of the legalization, the governor is not alone in thinking that it is not the right move.

At the moment Governor Hickenlooper is engaged in a rigorous reelection campaign while competing against the Republican challenger, Bob Beauprez. Beauprez  has agreed with the governor during the debate that the law is reckless. Hickenlooper’s political calculation seems a bit off base though, given the fact that most voters are still in league to support recreational marijuana despite the law’s glitches.

During a gubernatorial debate this week Colorado Governor John Hickenlooper, who is a Democrat, described Colorado’s legal marijuana laws as “reckless” when asked by a moderator about other government officials who might be considering to take action in their own states for legislation regarding marijuana legalization. Governor Hickenlooper said,

“Any governor that looks at doing this before we see what the consequences are, I would view it as reckless.”

Hickenlooper is reported to have seemed as if he intended to backtrack from this when elaborating on his remark, but in the end agreed with his original assessment of the situation.

“I think for us to do that without having all the data, there is not enough data, and to a certain extent you could say it was reckless. I’m not saying it was reckless because I’ll get quoted everywhere, but if it was up to me I wouldn’t have done it, right,” he said. “I opposed it from the very beginning. In matter of fact, all right, what the hell—I’ll say it was reckless.”

Indeed governor Hickenlooper has openly opposed Colorado’s legalization efforts from the very beginning, and was a steadfast and outspoken advocate against Amendment 64 in 2012. However, Hickenlooper ultimately did as a politicians sometimes have to and conceded to the will of the people after it passed by the vast majority.

Ever since, Hickenlooper has remained consistent in voicing his opinion of opposition to Amendment 64. Some may see this as ego, but in all reality when you get down to it, he made some sense when he said,

“I hate Colorado having to be the experiment.”

This is understandable since the state will be expected to set the tone for others who follow suit. This coming November Oregon and Alaska voters will be taking legalizing recreational marijuana into consideration during voting time, while citizens in the state of Florida will weigh a medical marijuana ballot initiative. D.C. residents will vote on new legislation to legalize the adult possession of small amounts of marijuana, and even  limited home cultivation. So at the moment it may seem like all eyes rest of Colorado.

Only one other state so far besides Colorado has legalized marijuana for recreational use. That would be Washington, who has been dealing with their own debates as far as regulation goes. Then there are 23 other states, and the District of Columbia, that have legalized cannabis for medical purposes. Despite his initial opposition to the legalization of marijuana, Hickenlooper has admitted that in his opinion the war on drugs is a “dismal failure” and has said he’s committed to regulating it, even more tirelessly than alcohol.

Even though he does not deny the citizens of Colorado their freedom to democracy, Governor Hickenlooper will do everything in his power to keep this “reckless” action under control. With the future of marijuana reform taking shape in different states in the country, hopefully more information will come to light to support these laws, and maybe even politicians proud. Otherwise, the recovery community will see how the effect impacts those whose lives have already been hurt by drugs and alcohol. If you or someone you love is struggling with substance abuse, please call toll-free 1-800-951-6135