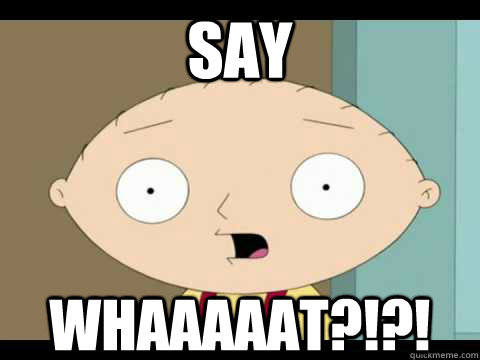 Whaaaaaat?! Wait, you’re telling me there is news… that is crazy? Like crazy news? Like, something new happened, and someone wrote about it, and when I read it I will call it crazy? Are you sure?!

One Ring to Bully Them All

A fourth grader in Kermit, Texas was suspended from school because the boy stated he had the “One Ring”, according to his father.

The “One Ring” refers to the one featured in J.R.R. Tolkien’s celebrated Lord of the Rings and The Hobbit  book series’. Apparently the young man had threatened to use the ring to make his friend disappear. Which of course translated into a terroristic threat, from a 9-year-old.

Jason Steward is the father, who said that the family recently watched “The Hobbit: The Battle of the Five Armies”, and obvious his son was a fan. Steward insisted his son meant nothing by the claim stating,

“I assure you my son lacks the magical powers necessary to threaten his friend’s existence. If he did, I’m sure he’d bring him right back.”

Superintendent Bill Boyd’s comments in regards to the suspension have been simply that “all student stuff is confidential.”

The more concerning issue with the suspension indicates somewhat of a lack of familiarity with Tolkien’s works. If the boy used the word “disappear,” that would surely be a reference to the One Ring’s ability to render the wearer invisible, not killing anyone. DUH!

The Price of Pee

Apparently one Ohio man was in the business of selling fake urine, saying it was meant to help people pass workplace drug tests, and he has officially pleaded guilty in Pittsburgh.

These are no regular drug tests, but tests that are used to screen airline pilots and some federal employees, including FBI agents. Given the nature of these combined crimes, Neal actually faces up to 6 years in prison!

The price of pee crime is high!

Maggie Lieu is a 24 year old British woman, who ia an astrophysics Ph. D. candidate at Birmingham University. She is also one of 600 people being considered for the Mars One project, which hopes to set up a permanent colony on Mars by 2025, and her goal is to be the first woman to give birth on the red planet!

Lieu will find out next month if she will join 39 other people who will actually train for the one-way trip to the red planet. If Lieu makes the crew, she looks forward to colonizing the planet.

“To start a colony we would have to have children on Mars, eventually it would happen. It would be challenging, nobody has done any research on giving birth in a low-gravity environment. I think it would be a funny thing because the first child born on Mars would be the first Martian!”

As long as the chips fall in the right place, in 2018 unmanned vehicles are scheduled to shoot off to Mars, followed by the first four humans in 2024, with four more every two years after that.

The only other question besides the various differences in the habitat that may factor into a difficult parenting experience is who will be the first Martian baby-daddy?

So who is familiar with Red Skull, the supervillain from Captain America? I know I am, as I’m a complete comic book nerd. But I’m more of a Batman guy myself. Well Apparently 37-year-old Henry Damon of Caracas, Venezuela is a huge Red Skull fan. No seriously, like the biggest fan.

Caracas has had some work done so-to-speak. He’s undergone several procedures, including cutting off a part of his nose, but not to spite his face. It was actually to make himself look like the villain Red Skull. This is nothing new, just a recent addition to several subdermal implants on his forehead, as well as facial tattoos.

His end goal is to get silicone implants on his cheekbones, chin and cheeks and then tattoo his face red to complete the look. His surgeon Emilio Gonzalez, said the Red Skull fanatic is perfectly healthy, and describes him as an excellent son, father and husband! I’m not sure whether most kids would love the comic book look, or be terrified.

Some stories seem crazier than others, and some get worse before they get better, if they ever do. But that does not mean that no matter how intense your own story seems that it can’t have a happy and whole ending. If you or someone you love is struggling with substance abuse or addiction, please call toll-free 1-800-951-6135