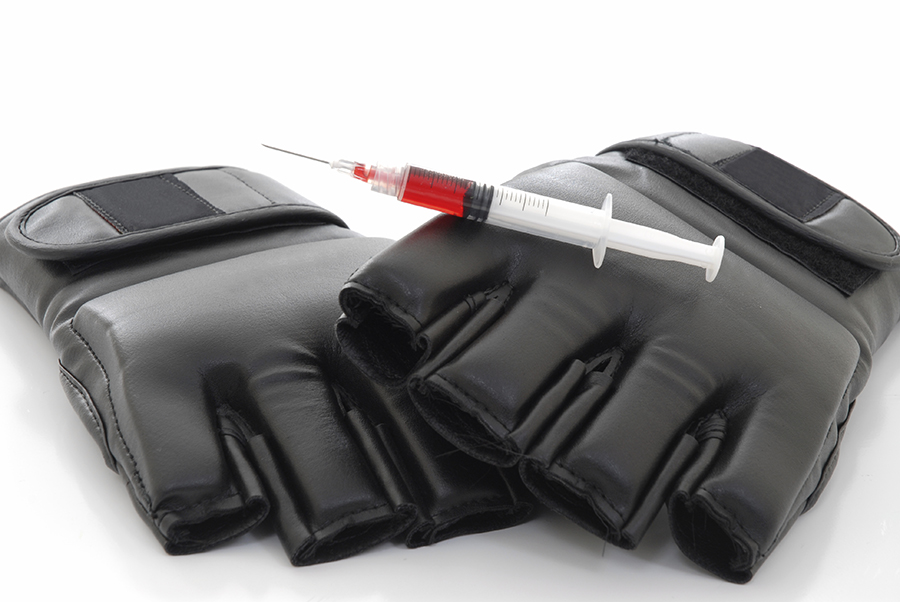 Ultimate Fighting Championship president Dana White has yet another big drug scandal on his hands. This is the second straight major event for the UFC overshadowed by drug controversy after Jon Jones, MMA’s undisputed pound-for-pound king, tested positive for cocaine prior to his win over Daniel Cormier at UFC 182.

Saturday January 31 both main event fighters in the Ultimate Fighting Championship (UFC) 183 tested positive for drugs the promotion announced Tuesday. Former middleweight champion Anderson Silva and Nick Diaz were tested prior to their fight, and now officials are shedding light on those results.

Anderson Silva is quite often publicized as the greatest Mixed Martial Arts (MMA) fighter of all-time. This week it was announced Silva had tested positive for the steroid drostanolone during a random drugs test on January 9. A statement made to the media by the UFC this week stated,

“Anderson Silva has been an amazing champion and a true ambassador of the sport of Mixed Martial Arts and the UFC, in Brazil as well as around the world. UFC is disappointed to learn of these initial results. The UFC has a strict, consistent policy against the use of any illegal and/or performance enhancing drugs, stimulants or masking agents by its athletes.”

The 39-year-old Brazilian MMA fighter had taken more than a year off to heal a broken leg caused in a TKO loss to Chris Weidman. Weidman, now current middleweight champion, had beat out Silva back-to-back for the first time in his career at UFC 162 and UFC 168.

Since then Silva has made a triumphant return to the sport after defeating Nick Diaz by unanimous decision. This is again coming around after the UFC has recently dealt with substance abuse in the sport and expressed their stance on the use of drugs during competition.

Diaz tested positive for marijuana during his a post-fight screening. The UFC stated that a hearing will take place later this month. The UFC has been notified by the Nevada State Athletic Commission about Diaz’s test results, and as a result Diaz has been informed that he has violated the UFC Fighter Conduct Policy and Promotional Agreement with Zuffa, LLC.

The UFC organization will fully respect the Commission’s final decision relating to Diaz at a disciplinary hearing set for February 17. At this point it has been reported that Silva and Diaz’s camps both declined to comment. The UFC has not commented on Diaz’s test results, but this is not the first time he has seen some heat from the commission for his marijuana use.

Now Diaz is probably not too surprised about this result, as he is a longtime advocate for medicinal marijuana. However despite his own opinions, the drug is banned in Nevada, and even UFC fighters aren’t above the law.

Prior to Diaz’s UFC 158 fight against with Georges St-Pierre their was a report that the UFC would consider releasing Diaz from his contract if he tested positive for marijuana again, and with his loss to Silva was his third straight there is a possibility Diaz is already on his way out.

Drostanolone is an anabolic steroid that is typically used by bodybuilders. It lowers water retention, which cuts weight and allows for a more toned physique by reducing fat. That being said, Silva’s infraction is obviously the more serious offense when weighed against Nick Diaz’s weed problems, because of the nature of the steroid as a drug going against the guidelines of the sport.

Silva’s positive test is also the most interesting and confusing, because it was not ago that Silva himself had called for a lifetime ban on performance-enhancing drug users. Silva himself had said back in October during an interview,

Kevin Iole, sports journalist for Yahoo Sports would later report that Silva failed a second drug test, and posted a statement to Twitter about these results:

Despite the fact that this is Silva’s first positive drug test, if the Nevada State Athletic Commission further confirm Silva’s out-of-competition results, it is still possible this one result could mean the end of Silva in the Octagon, as some speculate a suspension would inspire Silva to walk away as he nears 40 years old.

The message here is obvious, the heat is being turned up, or needs to be turned up, on the UFC so they take a closer look at their competitors and the possibility of drug use before incidents like this are able to slip under the radar. While the verdict on these fighters’ fates seems to be a mystery at the moment, it should be made clear that drug testing athletes is a priority that will not be evaded, even by the greatest fighters in the ring.

Drug use for both athletes and average citizens is nothing to take lightly. The dangers are relevant no matter whom you are, and it’s important for those who are addicts to understand that no drug is safer than the other. But no matter what the drug is, it is possible to roll with the punches and still get a victory. If you or someone you love is struggling with substance abuse or addiction, please call toll-free 1-800-951-6135