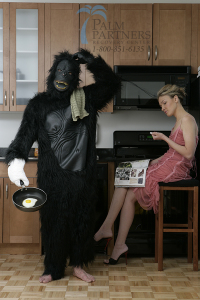 This week’s Crazy News Stories have a lot to do with political puppies, futuristic furniture, and ISIS. I know this all sounds like some kind of sick sci-fi novel, but I promise you president Spot isn’t using a robot recliner to fight the war on terror… that would just be ridiculous. Or would it? Anyway, this week we bring you a few stories that are just weird in all kinds of ways, or at least a little fun to brighten up the end of the week. 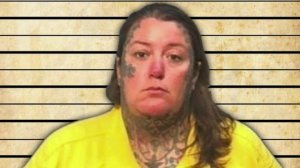 Experts never would have expected that terrorists will start by hiding in cars on Mississippi school property, but then again they always strike when you least expect them. Despite fears that the Islamist State of Iraq and Syria (ISIS) could attack the United States on our own turf, maybe this mother should have not blown her cover.

Lisa Carol Roche, age 41, was allegedly caught stealing sunglasses and other items from cars at East Central High School when she decided to explain her counter-terror expertise and used ISIS as an alibi. After being accused of burglarizing cars in the parking lot of her children’s school Roche told the officers that she was “looking for ISIS terrorists.”

She remained in Jackson County Adult Detention Center Friday. She’s been charged previously with careless driving, felony fraud and felony embezzlement, but as far as we know that could have been money being used to combat ISIS espionage.  If convicted Roche could face up to five years in prison and a $10,000 fine. 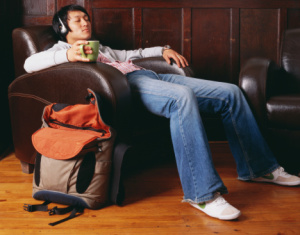 The so-called “tranquility chair” that has been recently invented in Japan has an upper half with arms, specifically designed to wrap around who ever sits in the chair. Arms that are programmed to be snuggly, because they embrace humans affectionately when in use. UniCare, the company that created the chair, is selling it in Japan for around $419. A UniCare spokesperson tried to make a few clear selling points, as if we needed more reasons to buy this. I could use a chair to hug me now, this one just spins. Weeeeeeeeee!

“It makes you feel safe. Anyone can use it, but it is designed for older people. [The chairs] are comforting for people who live alone — they can talk to them and hug them. They also play old Japanese music, which is nostalgic for older people.”

No idea if these ‘hugging chairs’ will make it to the mainstream markets in America. Hey Japan, we get lonely too! Well not ME, but for all you other single folks out there, no need to waste money getting married. This chair will love you and snuggle you and whisper sweet nothings in your ear, and you can grow old and/or obsolete together.

Taking the Dog for a Run… For Mayor 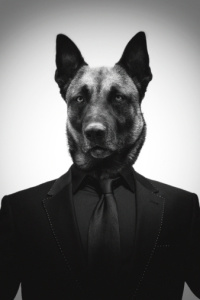 (Not Actual Photo of Candidate)

In Oakland several activists from the Occupy Oakland movement are pushing for the candidacy of Einstein the dog to unseat incumbent Mayor Jean Quan!

“I like to run. A lot! I mean A LOT! So make no mistake, I can make it all the way to the finish line,” says Einstein’s website.

But will the Catahoula hound’s handlers keep him on a short leash on the campaign trail? Is his bark worse than his bite? The long walk in the park to victory isn’t just a tough one, but it’s legally impossible. Still, Einstein’s supporters ask voters to cast a ballot for the only canine candidate by ignoring county law requiring office seekers to be a citizen and registered voter. Not sure about his drug policy, but we’re sure he supports the canine units.

“There is a legitimate reason to wonder whether a dog can serve as mayor of Oakland, but he provides a great voice for low-income and otherwise marginalized people who live in Oakland,” said Einstein’s political advisor.

Einstein presented his radical platform on Thursday morning in front of City Hall, and this is one dog that has every intention of learning new tricks when it comes to politics. While his views of healthcare are strained due to previous vet visits, he supports low income families, and just about anyone with a chew toy. 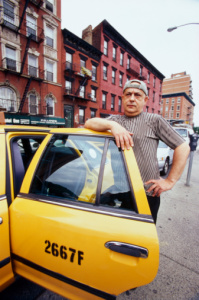 (This driver said shirtless was extra)

New York City is already known for its calendar featuring fire fighters from around the city, and these obviously catch a lot of attention, but now the heat is really on. The sexiest cab drivers of New York City are now being featured in the second-annual edition of the NYC Taxi Drivers Calendar, available for just $14.99! While many New Yorkers were not sure if they would be interested in one of their own, the cabbies themselves seemed pretty confident in their photos.

A portion of the proceeds goes to the University Settlement, a non-profit organization providing education, housing and literacy services to low-income immigrants in NYC. So ladies, when you want to take the express route to get your meter running, these gentlemen are happy to help.

Well given the fact that these are not the craziest stories we have ever seen, we will let it go without saying that it’s another week full of madness out there. Some of the madness, probably has a little or a lot to do with substances, but so far we are just here to report the stranger side of this weeks activities. If you or someone you love is struggling with substance abuse or addiction, please call toll-free 1-800-951-6135