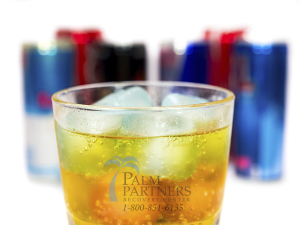 First off, the title of this article probably catches a few people’s attention simply for the fact that it refers to alcohol as a drug, and even more so because it implies energy drinks are a drug. Well anyone out there mixing cherry-bombs with vodka and red-bull has a rude awakening coming. First let us clear up the opinions and misconceptions with exact definitions. From there, let us look at information from recent studies and surveys, and see why it is that energy drinks and alcohol are such a deadly drug combination.

Drug- in the broadest terms a drug is a chemical substance that has known biological effects on humans or other animals.

Recreational drugs- chemical substances that affect the central nervous system, such as opioids or hallucinogens. Alcohol, nicotine, and caffeine are the most widely consumed psychotropic drugs worldwide.

So right away by definition we are able to determine that alcohol is a drug because of the way it affects the biology and the central nervous system of the consumer. The same definition can also be applied to caffeine, which is the most commonly active ingredient in energy drinks. So while this article is not intended to argue that drinking energy drinks constitutes substance abuse, it is necessary to at least take into consideration the reality of what an energy drink is to the body.

Variables of the Survey

In a study published in the Journal of Adolescent Health, researchers at the Institute for Social Research at the University of Michigan concluded that when mixing alcohol and energy drinks together, there are serious public health risks that can result from ingesting this mix. This research has proven to be relevant especially among college students.

This study was done using information from the University Life Study that took place at Penn State University. Starting with the first semester of college, 744 students completed surveys for each of seven semesters, plus daily surveys. Data on alcohol and energy drink use was available from spring of the students’ sophomore year in 2009 to fall of their senior year of 2010. Through this extensive period there was a lot of information to determine particular patterns.

Students were asked about energy drink consumption both with and without alcohol. This also included the number of alcoholic drinks they drank the day before, what time they started drinking, when they stopped and if they got drunk.

The researchers also used gender, body weight and length of drinking time to calculate blood alcohol levels. The other negative consequences of alcohol use with energy drinks were determined by yes or no responses to each of 10 negative consequences, including such things as having a hangover or getting into other kinds of trouble.

Megan Patrick, who is the co-author of the study and a research assistant professor, had a detailed contribution to the study’s conclusion and stated,

“We found that college students tended to drink more heavily, become more intoxicated, and have more negative drinking consequences on days they used both energy drinks and alcohol, compared to days they only used alcohol.”

The study also concluded that students who either drank alcohol and energy drinks on the same day, or students who combined the two at the same time, wound up spending more time drinking. With this prolong period of drinking, the individuals were consuming more alcohol than they would have without the caffeinated drinks. This extended time spent drinking resulted in the users’ blood alcohol levels to be raised to much higher peaks. But even more concerning is the fact that because of the stimulant effects of the energy drinks, the users reported that they felt less drunk than they actually were.

“This can have serious potential health impacts, for example if people don’t realize how intoxicated they actually are and decide to drive home,” Patrick said.

So it appears through this information that the consumption of caffeinated energy drinks or even caffeinated alcoholic beverages, such as the FDA banned Four Loko, can have a direct effect on increasing risks to an individual by masking their intoxication and making it easier for them to consume more alcohol or partake in risky behavior.

Part of what makes mixing alcohol and energy drinks such a deadly drug combo is that the energy drink makes it so the individual can continue to consume alcohol at deadly rates without feeling the full effect because of its ability to counter-act the depressant nature of alcohol by stimulating the user with caffeine. So the risk for alcohol poisoning is only increased as the individual consumes more and more alcohol while keeping themselves going. This also leads into the other hazardous behaviors by making a person more mobile while still more intoxicated.

Someone drinking energy drinks and alcohol together can take more unsafe actions with or without realizing it, and ultimately put even more people in harm’s way. This deadly drug combo can create so many negative consequences, and in the end it can all be avoided if people are aware of the truth of what they do to their bodies, and of the possibility of recovery. If you or someone you love is struggling with substance abuse or addiction, please call toll-free 1-800-951-6135