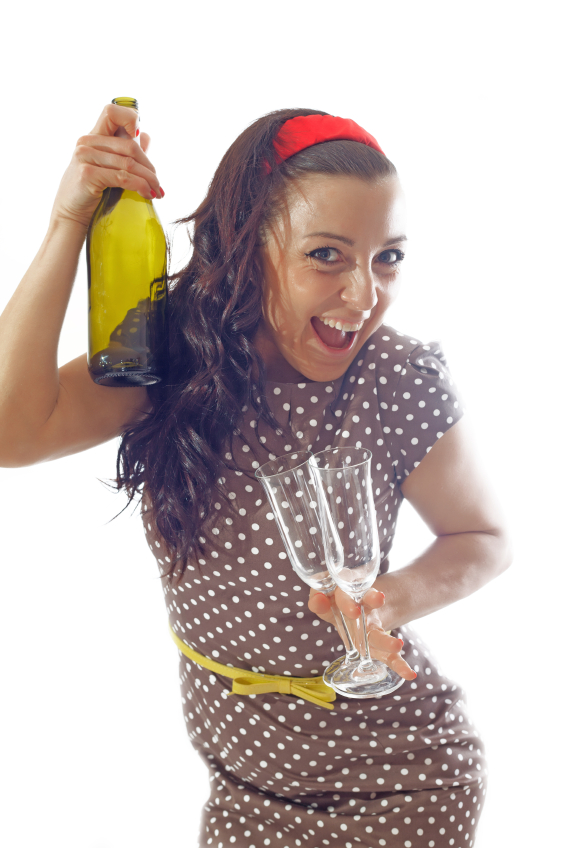 Whether it is putting on Mom’s lipstick or rocking a tuxedo, kids do the darndest things to feel like an adult. When you’re a kid, growing up seems like a magical experience, until you actually grow up, that is. Nonetheless, Disney thought they would take advantage of kid’s natural grown-up idealizations, as well their manic love for the movie Frozen, by promoting a mock champagne-style non-alcoholic drink decked out in Frozen decor for kids to enjoy over the holiday season. Cheers?

The response was controversial to say the least. While some parents thought the idea of a champagne bottle kids drink was harmless, others were completely outraged by the entire concept. The product creators said the concept of the mock-champagne was to provide a grown-up alternative to juice and pop at parties” for “little princes and princesses across the lands who want to be more sophisticated.”

After an uproar of negative responses, including from UK alcohol awareness groups, the product was recently discontinued by the company. A spokesperson for Disney said the company will stop producing the product after April of 2016. In the future, they will “no longer license Disney images to a product that is packaged to look like alcohol.”

The main concern was that products like these would encourage children to try alcohol in the future because by creating an association to a children’s cartoon, it makes alcohol seem like innocent fun. Considering the recent reports coming out that show that alcohol deaths are at an all-time high, it makes sense that some parents would be a bit sensitive to this kind of product.

Furthermore, alcohol awareness groups were totally shocked that the 750ml bottles were shaped in champagne like bottles, even with a pop cork. Researchers jumped right on it exploring the dangers of having products like these on the shelf.

“Selling products which not only normalise but glamorise alcohol could increase the risk of young people wanting to experiment with alcohol.”

“This product should be removed from sale immediately.  Young children should not be targeted with champagne-style drinks to make them feel ‘sophisticated and grown-up’.”

On the other hand, parents who bought the product argue that the product is clearly labelled as a non-alcoholic soft drink and is simply a fun way for children to get into the festive spirit of the holidays.

For some time now, children toys have gone under intense scrutiny. Recently, hyperdermic needle toys was pulled off the shelf for fear of the message it could send about using intravenous drug use. Still, the question lingers as to whether all these measures to protect children could be an over precaution. Kids usually are not aware of deeper messages that their toys have and are simply being kids.

Previously, a survey conducted by the popular children’s informational site KidsHealth.org, wanted to know exactly what children thought of alcohol.  They surveyed 690 kids from 9 to 13 and the results were promising.  More than 90% of the kids said alcohol was very uncool (86%) or uncool (6%). And 89% of kids said that drinking alcohol at their age (9 to 13) was never OK.

Kids who do try alcohol do it for one reason: to be cool. Alcohol is marketed as a cool thing to do all throughout the media and sometimes ads focusing on alcohol are marketed in a way that could easily appeal to kids. In the same survey, kids were asked why they would try alcohol and the top three reasons were:

Clearly, being accepted around peers has a much stronger influence then any product could ever have. While keeping a conscious eye around your child is extremely important, remember that you are their greatest influence so be sure to monitor your behavior around your child and be your child’s best role model this new year.

Overall, toys that promote a lifestyle of drinking most likely is not the best idea. Instead, find other alternatives that promote the message of having fun without the need of substances. If you or someone you love is struggling with substance abuse or addiction, please call toll-free 1-800-951-6135