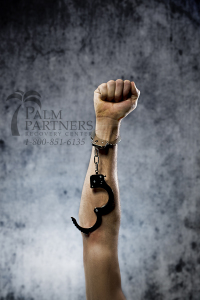 Inmates in Portland, Oregon are given the means of reintegrating into society, rather than continue to be recycled in the criminal justice system.

Under court supervision, drug offenders are offered path to sobriety – and therefore freedom – through a rigorous program—if they can stick with it.

The “re-entry court” program in Portland has already been around for nine years and is one of the first of its kind to exist in the federal system. It is a voluntary program that provides court supervision, sanctions and support in order to help drug and alcohol abusers who have been convicted of offenses to transition from prison to a sober, sustainable, law-abiding lifestyle.

Portland’s “re-entry court” program provides a path to sobriety and freedom to those inmates willing to work for it, while in many other parts of the country, repeat drug offenders typically find themselves in and out of jail cells.

The program’s mission is to provide a humane and effective way of transforming people’s lives, by encouraging healthy behavioral change so that they stop the “revolving door” of using drugs, committing crimes and going to jail, said Shannon Carey, an expert in drug-court programs who works out of Portland-based NPC Research. Carey added that programs like the one in Portland have begun to pop up, not only across the U.S. but, also in Europe, South America, Australia and other places.

“They are popular because there has been an enormous amount of research and evaluation that shows that they work,” Carey said. “Drug courts have been successful at stopping that revolving door for the majority of offenders that enter these programs.”

This drug court program combines resources from the federal probation office, U.S. Attorney’s Office, Federal Public Defender’s Office and pulls together a team of people from each, along with community treatment providers. Additionally, two judges in Portland preside over re-entry court hearings, which are held twice a month – every other Thursday. Chief Judge Ann Aiken oversees a separate re-entry court program in Eugene.

Through court supervision and support, convicted drug and alcohol abusers are given the necessary support to change their harmful behaviors and reintegrate into society. The program has proven quite effective as nearly 105 participants have successfully graduated since it was first established.

The re-entry program is no cake-walk. The participants are rigorously challenged. For instance, those participating in the program are required to submit to random drug tests at the behest of the court and, if they fail to comply, it’s considered an automatic positive result of their drug screen. Participants must also attend sobriety support meetings, become employed, as well as perform community service. For those willing to stick it out until the end, a one-year reduction of supervised release is awarded.

Richard Pitts, 46, is a recent graduate from the program and, for the first time in more than 30 years, walked out of court without a prison sentence. Since the age of 14-years-old, Pitts has been in and out of prison on drug-related charges, says he now feels like he has a “fresh start.”

Pitts, who is now a free man, says he appreciates the program and those who helped him. “If you don’t give up, they won’t give up,” Pitts said. “I can be successful in life.”

If you have been charged with a drug-related offense, going to rehab might be the best option. Addictions Specialists as well as Case Managers will work with you and the authorities to work out the best possible outcome. Call toll-free 1-800-951-6135.