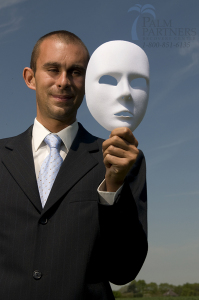 You know what really grinds my gears? I won’t make you guess: it’s hypocrisy. And although everyone can be a hypocrite from time-to-time, the worst offenders are people in power, such as politicians. Not only are they the biggest hypocrites, they can do the most damage because they actually have the power and ability to make laws – laws that are usually highly-restricted and based on an assumed moral code.

For instance, last year Republican Rep. Trey Radel was busted for buying cocaine from an undercover cop. Radel’s hypocrisy comes into focus when you take a look at his stance on…you guessed it, drugs. Radel was one of the proponents for drug testing welfare recipients – a policy that proved more costly than it was effective and found that people getting government assistance actually don’t tend to use drugs, despite the classist assumption that people who need help are probably spending all their money on drugs.

So, that last part was more of a little aside. Back to hypocrisy. The underlying lesson here is that people who are middle- to upper-class, who hold positions of prestige and power, and who are likely of a certain ethnicity (read: white) are somehow exempt from current drug laws, such as the ones that state the buying and using of illicit drugs – i.e. cocaine – is illegal.

In another ironic twist of fate, Anthony Bosch, founder of Biogenesis – a clinic that served Major League Baseball players – tested positive for cocaine. This after helping nearly 20 baseball players get suspended for Performance Enhancing Drugs (PEDs).

Back in August, Bosch was arrested as part of a two-year investigation into Biogenics known as Operation Strikeout. Not only did Bosch oversee the administering human growth hormone and steroids to numerous MLB players, the clinic also supplied as many as 15 high school and college athletes with performance-enhancing substances.

Now, his bail has been revoked after testing positive – again – for drugs, specifically cocaine.

These are clear indications of the drug policy and hypocrisy that exists in this country. Our current approach to drug enforcement is frustratingly stupid and unjust. Currently, the U.S. drug policy is to take a draconian approach, imposing intensely punitive consequences as a means to restrict the drug market. An approach, I might add, that lacks almost any evidence of efficacy, rather than focusing on treatment. We spend money chasing after offenders and locking people up for non-violent drug offenses such as possession of some weed or coke, and yet address alcoholism – which Radel previously stated he is afflicted with – as a disease that needs to be treated by a doctor, while everything and everyone else is treated better by jail- or prison-time.

The War on Drugs is proving to be a complete failure and a waste of vast monies. It’s time we look at the ‘drug problem’ differently – with a more compassionate and progressive approach, one that offers access to treatment rather than a ‘Pass-Go’ straight to jail.

Do you struggle with alcohol addiction or any other drug addiction? Do you have a record due to your substance abuse disorder? Maybe you’re currently facing the legal consequences of drug use. If so, there is help available for your drug abuse issues. Getting help can mitigate your legal woes and case managers are available to help you navigate the legal system while you are recovering. Call toll-free 1-800-951-6135 to speak with an Addiction Specialist. We are available around the clock. Remember, you are not alone and it’s not too late to turn your life around.