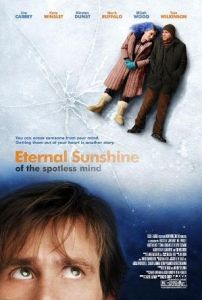 Eternal Sunshine of an Addicted Mind

When I came across an article on thefix.com called, “Erasing Your Traumas,” I was intrigued. I also immediately thought of the 2004 Oscar-winning movie, Eternal Sunshine of the Spotless Mind. The basic premise (don’t worry, no spoilers) is that there’s this procedure you can have done which will erase certain memories, and, in the case of our two main characters – played by Jim Carrey and Kate Winslet, specifically those memories which were related to a relationship-gone-sour.

Although it might seem like a tempting thing to do, without experiences and memories of those experiences, how can we ever learn life’s lessons and grow?

So, I wonder…If you could erase your past, would you?

For many recovering addicts and alcoholics, revisiting their past “people, places, and things,” which remind them of their days spent in active addiction, brings on the strongest cravings. Research has shown that repeated exposure to these cues, known as ‘triggers’— and then not being able to use —may temporarily ease cravings, but the association eventually returns.

And, for the majority of addicts, cravings equal relapse – especially within their first year of sobriety.

“Dealing with cravings is a major obstacle to recovery,” says Michael Saladin of the Medical University of South Carolina, “so it’s a natural target” for treating addiction. Saladin is one of a few clinical researchers looking into ways to interrupt cravings on the molecular level, in other words, investigating ways to erase these emotional memories.

Considerable evidence exists showing the memory can be obstructed during the initial consolidation period, when a memory is being formed by the use of both drugs that block protein synthesis in the brain and electroconvulsive shock. These can disrupt the actual formation of memories. In the late 1990s, researchers began really looking into the process of reconsolidation, the term given to memories when they are re-activated (recalled) after they have been put into long-term storage.

In fact, recent research reveals that memories are actually able to be updated or changed during a short period of time, known as the “reconsolidation window” – after they have been recalled. The concept of the reconsolidation window has recently become of interest of specialists in the field of addiction treatment, as a way to interfere with—and possibly “erase”—craving-related memories attached to “people, places, things.”

Scientists have turned to drugs like propranolol, an FDA-approved beta-blocker that is used to treat hypertension and stage fright. It works by lowering levels of the neurotransmitter norepinephrine, which can also interfere with memory reconsolidation.

Researchers at UC Irvine, back in the late ‘90s, showed that propranolol could affect a memory’s emotional salience, meaning that, although it can’t erase a memory, it can make it less emotionally-charged. More recently, the drug’s application has been used in studies involving patients with PTSD; it might help trauma survivors to dissociate their emotional memory from triggers that remind them of their traumatic experience(s).

Saladin led a study that looked at treating cocaine addicts with propranolol during the reconsolidation window in order to reduce cravings and therefore relapse. The study’s results showed that it worked:  subjects who received an injection of propranolol after being exposed to a trigger “had greatly reduced craving response to [subsequent] cues” when they were exposed to the following day, when compared to addicts receiving the placebo.

There are those who say that reducing fear memories could be effected by psychological means, instead of using drugs.

Opponents to the use of drugs for memory interruption and re-formation say that psychological intervention is something that can and should be focused on instead of using chemical interventions, such as propranolol. They point to messy data that has mostly been conducted on rodents and not humans. Importantly, memory reconsolidation is a natural process, one that’s happening whether or not we manipulate memories in the lab. “This is how your brain works,” she says. “The purpose of reconsolidation is to strengthen memories over time, and the second may be to update memories with new information at the time of memory retrieval—by understanding [this], we can take advantage of that [process].”

Have you found it difficult to stay away from triggers, such as people, places, and things? Does everything seem to kick off your cravings? Have you recently relapsed? Treatment can offer you new ways of coping and give you the tools to stay clean and sober. Call toll-free 1-800-951-6135 to speak with an Addiction Specialist today.