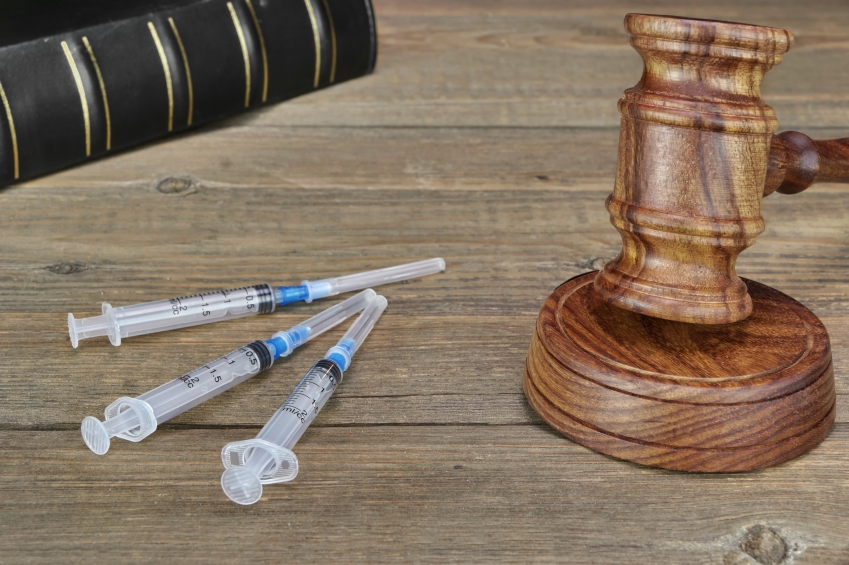 It turns out future law students are doing more than taking the LSAT and pulling all-nighters to ensure success in their careers. They are hiding their mental health issues too. An article reveals that many law students are hiding drug, alcohol, and depression problems because they are afraid admitting these issues will prevent them from taking the bar exam or working at a law firm after graduation.

According to the study published in last month’s Bar Examiner, law students admitted having mental health challenges but they feared seeking professional treatment would jeopardize their chances of qualifying as a lawyer. Students are reluctant because they feel admitting to any sort of mental health problem would prevent them from taking the bar exam.

Jerome Organ who works as a law professor at the University of St. Thomas in Minnesota and is one of the lead authors. For the study, Organ and his colleagues surveyed more than 3,300 law students from 15 law schools about their drinking, drug use and mental health. More than 22 percent reported drinking two or more times in the previous two weeks. Even more concerning, over a quarter of students had received a diagnosis of “depression, anxiety, eating disorders, psychosis, personality disorder, and/or substance use disorder.”

However, despite these results, only 4 percent of future lawyers said they relied on a health professional to deal with their addiction and mental health issues. Forty-two percent admitted that they needed support for mental or emotional problems in the past year, yet only half of those who needed counseling actually got it.

Most students did not seek professional help out of fear. They preferred to leave their illnesses untreated than risk not becoming a lawyer. Over 60 percent admitted that they did not seek help because they feared being disqualified from taking the bar exam which would keep them from a law career.

Future lawyers must take a bar exam that examines and qualifies them for a career in law. Along with the written exam, all students must pass a “character and fitness” screening in which officials look at their personal histories with an aim to ruling out students who they feel are too morally compromised to serve clients. One of the big red flags includes “drug or alcohol dependency” and “mental or emotional instability,” which results in students who do suffer from these ailments being too afraid to seek treatment.

As a response to these fears, many law schools have tried to convey to students that they will not be penalized for admitting to suffering, but their efforts have been unsuccessful. Students still feel that the legal field does not leave room for weaknesses.

“While in law school, students are getting messages indicating that seeking help may be problematic for their professional careers,” the authors wrote. “The competitive nature of law school reinforces a message that students are better off not seeking help and instead trying to handle problems on their own.”

The biggest problem with students avoiding all of this is that overtime, students who did not seek help for their addiction or mental health issues will become worse.  In many cases, this is the reality. In fact, it has been estimated that 15 to 20 percent of working lawyers suffer from alcohol and substance abuse and out of all the professions out there, lawyers have been cited to have the highest incidences of depression.

When it comes to career choices, lawyers are known for having some of the highest rates of suicide in any occupation. Most lawyers work extremely long hours, often 60+ a week and deal with a heavy work load that overtime can cause emotional burnout. This combination plus existing mental health issues results in further emotional and psychological damage.

Lawyers need resources to help cope with their mental health issues and substance abuse. They need to feel safe to open up about challenges they go through. Waiting too long to get help causes more harm in the long run. Seek professional treatment today.    If you or someone you love is struggling with substance abuse or addiction, please call toll-free 1-800-951-6135