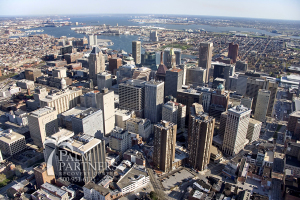 I dare you to take a wild guess what the heroin capital of the United States is. Some used to suspect it was New Jersey, or maybe even Boston, Massachusetts. Nope. Try Baltimore, Maryland… or more infamously referred to by some of its more creative population as ‘Body-more Murder-land’! Also called B-more, as in “Y’all B****’s Better B(e)-More Careful” according to a Baltimore, MD native. This area has gained some obvious notoriety for its rough edges and gritty streets as depicted in hit series The Wire. Government agencies estimate that as many as one in 10 of the residents of the city of Baltimore are addicted to heroin. The U.S. Drug Enforcement Agency (DEA) claims that the city of Baltimore has the highest per capita heroin addiction rate in the country! And the DEA also estimates that the total number of addicts in the city may vary, but experts agree it’s a very staggering statistic.

Interview with the Addicts

A recent interview with a 42 year old Baltimore resident named Wanda, who was one of the many addicts in the area, gave an interesting insight into the current situation.

“I did tricks, I stole, I robbed, I did whatever I had to do to get it,” Wanda said about her $50-a-day heroin habit. “The drug was taking control of my life.”

Wanda, who requested that her last name not be used in the publications about her interview, said she had begun using heroin at the age of 18. Now she is in a drug addiction rehabilitation program at the Center for Addiction Medicine in downtown Baltimore. Drug-free for more than two months, Wanda is very open and honest about the desperation of the devastating and deadly heroin habit, admitting to the interviewer,

This same sentiment of a drug user’s death wish was repeated in other interviews, including an interview with a young man named Jonathan who at 18 years old says he has contemplated suicide in the past. Jonathan had just quit the drug, and explains that his $140 a day heroin habit had pushed him to the point where he has lost his “feeling of self-worth”, and he had pondered intentionally overdosing on the drug. Since he has been off heroin, Jonathan has been treated with what is described as a ‘substitute drug’ prescription of buprenorphine.

A 27-year-old woman who asked to be identified only as “T” who is currently undergoing treatment says her heroin addiction turned her from a ballet student into an exotic dancer.

“I went from dancing at the Peabody [Institute] to dancing in a strip club — that’s how I paid for that habit,” she says. “[Heroin] will make you do things you wouldn’t expect yourself to do.”

There seems to be no shame in the Baltimore drug game, with narcotic transactions taking place in broad daylight at Lexington Market. On one episode of Drugs, Inc. featuring Baltimore an addict tells viewers Baltimore “is where you want to be for heroin,” and she scores some drugs, the local heroin addict lets the camera watch her cook and shoot up in her car on a street that appears to be in Hampden. The hour long episode is filled with unnamed men in masks sitting behind bags full of dope and tables filled with guns, pills and money making malicious remarks and blatantly displaying disregard for police.

With an estimated population of 645,000 the Baltimore Department of Health estimates that there are 60,000 drug addicts, with as many as 48,000 of them hooked on heroin. Beyond that federal report released last month puts the number of heroin addicts alone at 60,000. This astounding number goes to show why experts are now viewing Baltimore as the heroin capital in America. The heroin infestation in Baltimore is so acute that the federal government has designated Baltimore part of what it calls a High Intensity Drug Trafficking Area, making it eligible for special federal assistance to local police forces while trying to combat the rising population of addicts in the area.

“It’s an old ‘heroin town’. There is an appetite for heroin in Baltimore … It’s accepted by all too many people down there as something that’s normal behavior,” Carr included in a recent statement addressing the issue.

“It’s almost a rite of passage for some,” he adds, noting that heroin habits are often passed down from generation to generation.

One in every 10 residents of the city of Baltimore snorts, smokes, or more commonly heats and then injects the white powder with a needle, and according to a February report by the HIDTA the heroin found in Baltimore is significantly more potent than the heroin sold in many other areas of the country.

In the mid-1990s, Baltimore became a key East Coast distribution point for high purity South American heroin. Smuggled into the United States from Colombia, South American heroin is considerably more pure than its East Asian and Mexican counterparts. The fact that this heroin is so much more potent makes it more addictive and more deadly. There were 304 fatal heroin-related overdoses in Baltimore and the number of heroin-related hospital emergencies was very similar in the last year alone!

Now with the average price tag for this dangerous narcotic being quoted at about $100 to $120 per gram, combined with the higher potency, and with a noticeable increase in availability the reduced street price is fueling the Baltimore’s plague of heroin addiction by luring in new users more than ever. Many are fooled into thinking because the drug can be used by snorting or smoking it that it is safer than the traditional stigma of shooting the drug with needles, but this is absolutely not the case. Heroin consumed in any way is just as deadly.

Sadly, Baltimore may not be anywhere close to getting out of this epidemic just yet, and the Washington/Baltimore HIDTA program predicted in its February situation report, “The number of heroin addicts in Baltimore will continue to rise. However there is help locally for drug addiction treatment, as well as outside the city.

If they say that Baltimore, MD is now known as the ‘Heroin Capital of America’ than the popular opinion that South Florida is the ‘Recovery Capital of America’ should come as a relief to so many. While there is still plenty of reform and action that must be taken all over the country, it may be a fair assumption that some areas would be more conducive to building a foundation in recovery, as others are assumed to be more dangerous for addicts. If you or someone you love is struggling with substance abuse or addiction, please call toll-free 1-800-951-6135