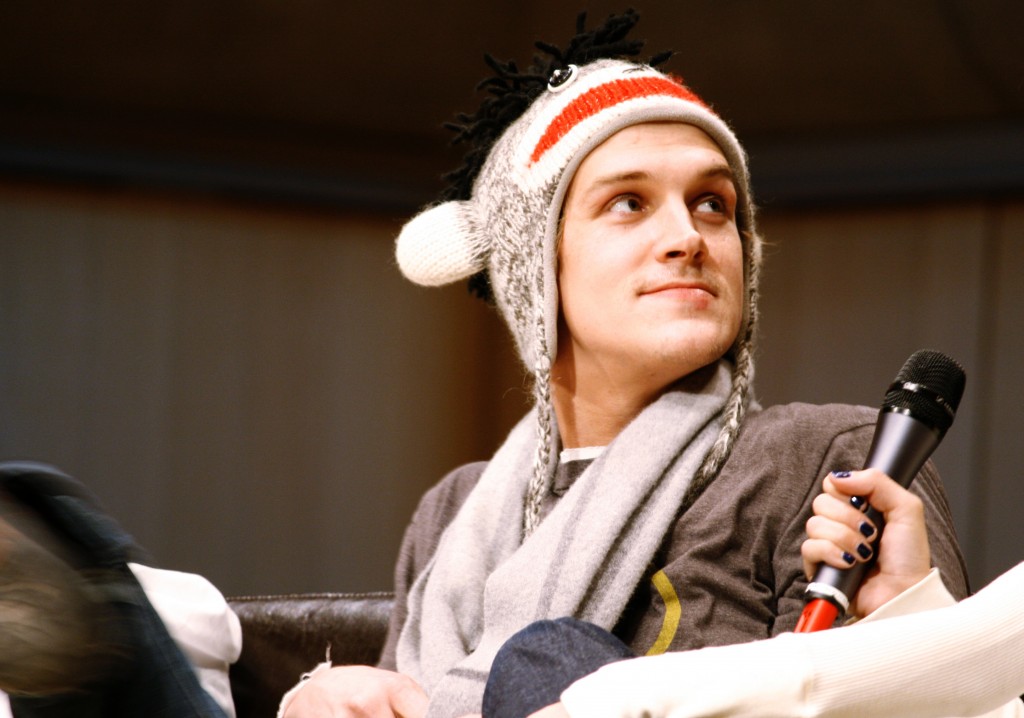 Have you ever seen a movie with the characters Jay and Silent Bob? If not, go watch one right now… don’t worry, I’ll wait…  RIGHT?! How awesome was that?!

All jokes aside, for those of you who aren’t familiar with the hysterically funny actor Jason Mewes, he has a face that is synonymous with pop culture. The man is a comedic cinema icon, and has been part of a lengthy list of films and media including:

He has been a feature in all films made by Kevin Smith, who plays the other half of his dynamic duo ‘Bob’, while Jason himself plays ‘Jay’. As the more vocal half in the Jay and Silent Bob partnership, he has come to define the fast-talking and all imaginative “marijuana-enthusiast” character known for snatching the spotlight in every scene he was in.

Jason is not only a 20-year film veteran with 81 acting credits in his filmography, he is also a man committed to his craft… and his recovery.

Jay and Silent Bob Strike Back is infamous as a cult classic, and Jason’s first movie, Clerks, set the standard for independently produced films. Besides doing voice-work for cartoons and video games he is on the road continuing the successful podcast he started with Kevin Smith called “Jay and Silent Bob Get Old.”

He is also very honest and open about his struggles with drugs, admitting that when bored comes his cravings can set in, and now-a-days it seems he as busy as a guy could take.

The irony here is Jason made his name as an actor playing a stereotypical “stoner!” The character of Jay is a drug dealing clown who hangs outside malls and fast-food spots all day selling weed to kids, but the man behind the funny guy is actually clean and sober.

Jason has been pretty public since his recovery about his struggles with heroin addiction and in a recent interview with The Fix, Jason admitted:

“Right around 21 is when I tried opioids for the first time. It’s in my family, I was born addicted to heroin. My mom was a heroin addict. My sister is a drug addict, my brother is a drug addict. It’s in the blood and in the genes.”

“I tried the opioids when I knew it was bad news. At that point, I had done Clerks, Mallrats, and Drawing Flies which is an independent film, and Chasing Amy. That’s what I wanted to do at that point and I feel like the drugs really hindered me.”

Kevin Smith entered Mewes into the first of a series of drug rehabilitation clinics in 1997, which would be the beginning of a back and forth battle with substance abuse.

In 1999 Mewes was arrested in New Jersey for heroin possession, and was sentenced to probation including:

In late 2001, after he failed to make a court appearance, a warrant was issued for his arrest. After the death of his mother in 2002 as a result of AIDS, he surrendered himself at a Freehold, New Jersey court and pleaded guilty to probation violation charges in April of 2003. He was ordered to enter a six-month rehab program, but that was also not his last stay in treatment. He ended up going back and forth for a few more years, even bumping into an old friend Ben Affleck who at the time was in rehab for alcoholism.

Further on during the interview when discussing his history with drug use, Jason talked about how drugs had hinders the normalcy of life that was supposed to come with growing up, and about how at one point he didn’t like what he did, and was just doing movies to get up and go in the morning.

Later in that interview when asked about maintaining his sobriety over time, Jason stated:

“To me, it’s really just about being honest and surrounding myself with people.”

“I didn’t want to share with people, or let people know, even though people did know. In my head, and being all messed up, I thought people didn’t know because I thought it would mess up my chances of working. Again, it was obvious, I was like 140 pounds and I was a mess, but every day the podcast is a big help. Surrounding myself with people that are good and just being honest with myself.”

In the past Jason reportedly recounted his bottom hitting after waking up on Christmas morning 2003 to find that he had started a fire after falling asleep near a lit candle while on heroin. Mewes returned to New Jersey, where he was given the choice of attending 6 months of court-mandated rehab or a year in jail.

In a July 2006 interview he reported that he was sober, and harbored no urges to drink or use drugs, but he relapsed in 2009 after having surgery.

Jason expressed that keeping himself accountable to others is a huge part of his program, and that he is tempted at times so he resorts to sharing his thoughts and feelings with those closest to him and telling on himself before anything happens to stay accountable to those around him.

Beyond that he spoke about how his work was a big part of his sobriety, and how important it was that he commit to it. When talking about his podcast and the roll it played in his sobriety, he said:

“I just feel like that has been a big difference for me being honest with everyone who listens to the podcast. I’ve been really accountable. I go into a Starbucks and someone will be like, “Hey man, I listen to your podcast. How many days do you have sober?” I’m literally accountable to all these people and out of the blue someone could ask me.”

However he has apparently been clean since June 28th, 2010.

Asked in a recent interview how long he was clean Jay responded with a resounding 1785 days! That is huge for a guy who got famous playing a guy who seemed like he was stuck on drugs for life. Sometimes you hear the term ‘chronic relapser’ and think ‘how hopeless can it get?’ Well the fact that a guy who plays one of the world’s biggest pot-heads in movies has been sober nearly 5 years is amazing, and if you’re wondering if it’s possible, ask this dude!

Jay and Silent Bob Strike Back

Sometimes the people you least expect can carry a powerful and positive message about how even though addiction held them back, recovery changed their life. A life in sobriety can be far more fulfilling and exciting than people assume, and it starts with choosing to make a change. If you or someone you love is struggling with substance abuse or addiction, please call toll-free 1-800-951-6135