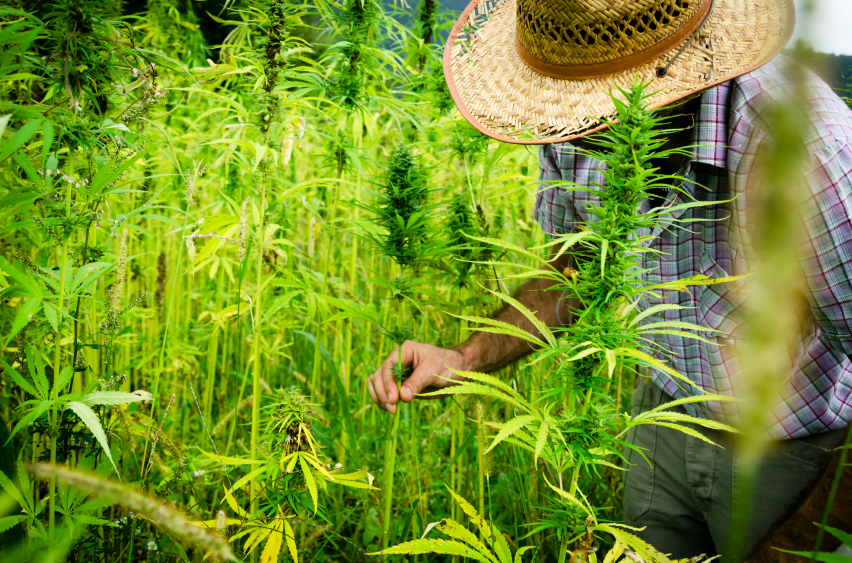 Lately, the conversation regarding marijuana has shifted from “Is it safe” to “Is it safe for the environment?” The dramatic rise in pot farms in California is proving to be detrimental to the states ecosystem.

The state’s most lucrative agricultural product, marijuana, is causing water diversions and serious environmental damage. And because marijuana is not regulated like other agricultural crops, the destruction continues to get worse.

Recently, the Los Angeles Times reported that the dramatic rise in pot farms in Northern California is taking a toll on the environment. Agricultural practices like water-siphoning, pesticide spraying and littering have had a huge effect on the fragile ecosystem.

California’s marijuana farms are rapidly increasing. In one 37-square mile patch of forest, state scientist found close to 281 pot farms and 286 greenhouses containing an estimated 20,000 plants. These plants are being fed by water from creeks or the nearby Eel River.

Scientist estimates that the farms are swallowing close to 18 million gallons of water every year — water at a time when salmon need it most.  The damage is threatening the state’s coast wide fishing industry.

Fish and Wildlife officers have recently joined local narcotic teams to raid pot farms said to be draining half a million gallons of water a day from the Eel River.  Because of the murky legal status of marijuana usage, the growing industry has been overlooked since medical use was legalized in 1996.

California’s governor Jerry Brown approved a $3 million budget to monitor water use and environmental impacts from marijuana cultivation. The compliance program signals a shift in the right direction. The goal is to identify and inspect water-thirst pot gardens in sensitive natural settings.

So far, officials from the State Resources Control Board and Department of Fish and Wildlife have visited 150 sites and filed 50 environmental violations.

California’s four-year drought alerted authorities to broaden their approach to monitoring marijuana growth throughout the state. In addition to the compliance program, the state has begun to issue marijuana water permits and plans to ramp up targeting offenders through civil lawsuits.

Furthermore, the impact on the environment by insecticide and pollutants is significant. The insecticide Carbofuran is used to kill off bears and other animals that raid their camps. The farmers mix the insecticide with tuna or sardines; the bears eat it and die. The insecticide requires a special permit because it is lethal in small doses to humans.

Now, authorities are finding the insecticide in some of California’s more sensitive ecosystems. Seeping into the ecosystem are fertilizers, soil amendments, rodenticides, fungicides, plant hormones, diesel fuel and human waste.

Scientists are concerned that the runoff from excess potting soil combined with lower-than-normal river flow has caused toxic blue algae to appear in North Coast Rivers over the last decade. The bacteria pose a risk to swimmers and kills aquatic invertebrates that salmon and trout eat. Officials have had to warn residents and their pets to stay away from the rivers. So far, 11 dogs have died from the bacteria since 2001.

Good or bad, the cannabis boom shows no signs of slowing down. With Colorado legalizing recreational use and states like Ohio debating on the matter, it seems like an increase in pot farms is on the horizon. The growth intensifies the challenge of environmental protection. But until marijuana is legalized on the federal level, it’s hard to grasp how states are going to control the situation.

Marijuana farms are not regulated which is costly to California’s water and wildlife. Their complex legal status makes it an even harder issue to tackle.  If you or someone you love is struggling with substance abuse or addiction, please call toll-free 1-800-951-6135