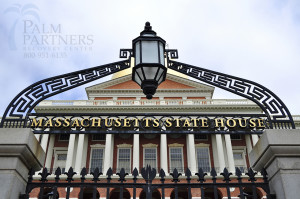 Passed by both sides of the Legislature on July 31, the governor signed a new bill Wednesday afternoon expanding substance abuse coverage in Massachusetts.The bill increases oversight into prescriptions and their abuses and effectively alters the requirements for drug treatment in the state. The new substance abuse legislation that mandates an increase in treatment coverage had both health insurance carriers and health care providers facing off on opposite sides of a debate for quite some time, but despite protestations from insurers the bill retained language around coverage for 14 days inpatient treatment.

Notably to insurers, the mandate increases coverage for certain drugs. The new legislation also requires all commercial carriers; including MassHealth, to reimburse alcohol and drug services, and mandates MassHealth and commercial carriers cover up to 14 days of inpatient drug treatment for those covered who seek help for their abuse of or addiction to certain drugs. Though providers say the legislation ensures treatment availability, insurance groups have recoiled from supporting the mandate because in the past they claimed it would drive up health care costs for Massachusetts employers and consumers.

While the greater majority of the bill’s new regulations will not take effect until October 2015. In the meantime the Health Policy Commission will research and analyze the pending study on the bill’s effects. While some say it would have been more beneficial to have the bill analyzed prior to its passing, the new legislation still leaves open the possibility for amendments.

Lora Pellegrini, president and CEO of the Massachusetts Association of Health Plans stated during a phone interview,

“The bill was done with no hearing, no data, nothing on medical efficacy. We believe providers will practice at this level. Even if they tried not to, patients will demand it.”

A letter was sent to Governor Deval Patrick on August 1st, prior to the bills passing, primarily arguing the point of required inpatient treatment. Before the legislation health plans had to issue prior authorization for inpatient treatment. This new bill abolished that restriction and limits the ability of insurers to question inpatient treatment plans. So in the eyes of those opposing the reform may suspect that drug treatment facilities may take advantage of this new relaxed screening and charge for unnecessary treatments.

“By removing the ability to conduct care management practices and favoring unsupported standards of care, the bill begins to unravel key Chapter 224 principles that will seriously jeopardize our ability to meet the state’s cost benchmark for health care spending,” Pellegrini stated in the letter sent to Governor Deval Patrick.

Also in opposition of some of the plans new policies was president of the Massachusetts Association of Health Underwriters David Shore. Shore also insisted that the legislation dictates the use of treatments that are in some opinions arbitrary and unnecessary for effective rehabilitation. Shore stated that he hoped the governor would have sent the legislation back to the Division of Insurance, the Health Policy Commission or to the Department of Public Health to determine what treatment options have been scientifically proven rather than enforcing 14 days of coverage by programs that may be a waste of money. This however was not the end result.

“As the president of Massachusetts Association of Health Underwriters, I have a duty to employers and families to make health care affordable without sacrificing quality. Those pillars are missing from the substance abuse bill as it’s written,” Shore said before the bill had been passed Wednesday.

Even though neither David Shore or Lora Pellegrini could give direct estimates on how much insurance costs might increase for those seeking coverage under the new bill, the Center for Health Information and Analysis will conduct a study of the legislation after it’s passed to try and reassess the situation and build statistics on the improvement of the situation.

Stuart Gitlow, president of the American Society of Addiction Medicine, also said a set number of inpatient treatment days shouldn’t be automatic. The language in which the bill is written also allows both opiate addicts and alcoholics to receive the same treatment for the same stretch of time, which don’t necessarily require the same tactics for proper care.

“If someone is withdrawing from alcohol or a sedative drug like alcohol, they have the potential risk of dying. If they are withdrawing from heroin or an opiate, they are not. One is quite dangerous, the other is quite uncomfortable,” he said. “If a person needs to be inpatient those need to be taken into consideration. Other professionals in the field of addiction treatment also agree that the bill opened the door for problems.

Then again there is Daniel Mumbauer, who is CEO of High Point Treatment Center who has a lot of faith in the new policy. Mumbauer has said the bill only mandates coverage, it doesn’t dictate that all patients receive the same treatment. He maintains that the drug treatment system runs at capacity, and that his company especially did not have the resources or empty beds that would constitute any motive for them to take admissions from individuals who do not need the treatment, especially if that meant turning away someone who did.

“The thing I’m excited about, it puts the decision in the hands of a specialists who will determine the appropriate level of care.”

Daniel Mumbauer also went on to boast as to how the legislation accomplishes a leveling of the playing field for all health care plans, which often have vastly different interpretations of what is medically necessary for addiction treatment or who ‘qualifies’ according to the insurance provider for addiction treatment. The bill also removes much of the administrative cost of constantly having to seek out insurance reviews and approval for patients.

Anthony Piro, director of operations for behavioral health at Emerson Hospital, also said the legislation will expedite the care process.

“The language removes the requirement to seek prior authorization for admissions, a process which often prevents patients from receiving needed treatment in a timely fashion (and often leaves acutely ill patients in Emergency Rooms awaiting authorization before initiating treatment). It also allows providers the necessary freedom to adequately treat patients once they are admitted.”

So according to these two individuals, the process of getting approval for treatment and being able to consistently receive that treatment for patients is made easier and far less painful, while the process for health care providers and drug treatment centers of facilitating treatment is simplified and patients have a better opportunity of receiving the highest quality care possible. As for cost, according to Mumbauer, the better treatment people can get right away, the less interventions and possible repeated drug treatment they will need in the future, which has the potential to lower the cost of the care all around.

With so much reform in drug addiction treatment policies in different states and so many different methods of drug addiction treatment available, this is an incredible time to take the opportunity to look into the treatment options that may now be available to you through your health care or insurance providers. Some of these policy changes may save lives, so if you of someone you love is struggling with substance abuse or addiction, please call toll-free 1-800-951-6135