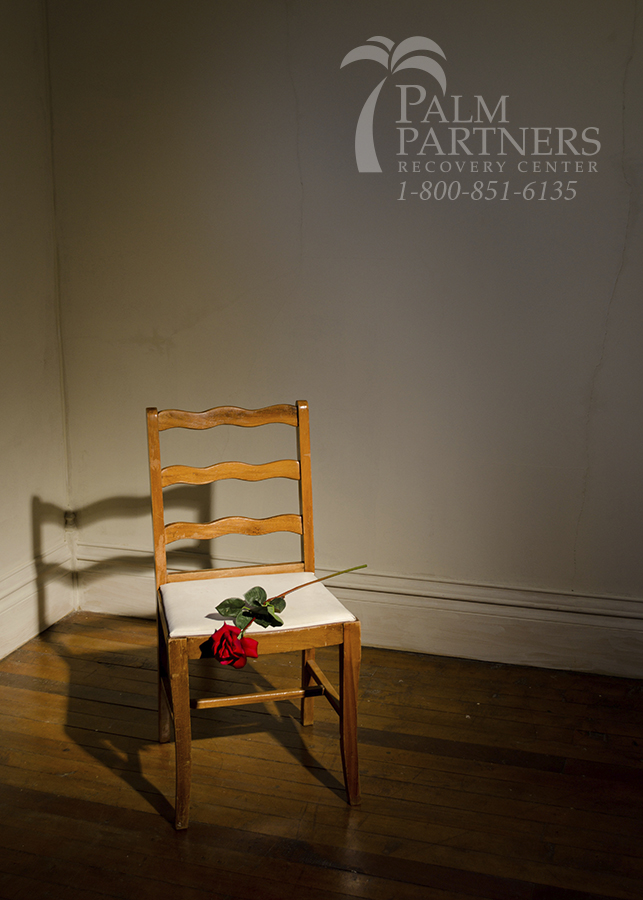 Imagine that chair you sit in every year for all those holiday dinners, and where that fits into that special day. You might even be able to imagine who you sit next to every year. In between family and friends, maybe brothers and sisters, or your parents. All the people who love you and who you love most collected and present together, maybe for just one day a year. Now imagine your seat, or any one of those seats empty… forever.

The holidays can be an incredibly difficult and tragically painful time for families of addicts. Regardless of whether they are separated from someone because of the loved one’s incarceration, lost on the streets due to drug problems, in danger because of drug war violence, or if they have lost a loved one to accidental (or intentional) overdose.

Too many homes have been left in ruin in the wake of the war on drugs, which has been fought on every edge of American soil, and still claims lives on both sides constantly. The holiday season shows the absence of our loved ones like no other time, and one group of women have chosen to utilize that time to take a stand for those who they will always have a seat saved at the holiday table.

The Moms United to End the War on Drugs is a national campaign, and they say they’re on a mission- to end the violence, mass incarceration, and overdose deaths that are a result of current punitive and discriminatory drug policies.

Moms United are building a movement to stop the stigmatization and criminalization of people who are drug users in or out of active addiction. They are urgently calling for health-oriented strategies and widespread drug policy reform in order to stop the irresponsible waste of dollars and resources fighting what many are calling a losing battle, and to curb the devastating loss of lives and liberty to those afflicted, and the families affected.

Moms United to End the War on Drugs is originally based out of San Diego, and is a project of A New PATH (Parents for Addiction Treatment and Healing). A New PATH is a nonprofit organization running 15 years strong, created with the aim to eliminate the negative stigma associated with addiction and substance abuse disorder, while providing compassionate education and support within the community. A New PATH also intends to advocate for therapeutic rather than punitive drug policies in America.

Every holiday season, A New PATH (Parents for Addiction Treatment & Healing) and thousands of mothers from all over the United States share their stories of lost loved ones, family members, children and close friends, while calling for an end to the war on drugs in the “Empty Chair at the Holiday Table” movement.

Many people avidly claim the war on drugs has failed in many ways, and has been so disastrous for tens of millions of families. The moms leading this campaign have been personally impacted by the war on drugs, and are very active in raising awareness in their communities and reaching out to families who struggle.

Each holiday season Moms United have gathered photographs submitted by families from all over the United States. These photos are meant to symbolize the void left by these family members, and to show more people around the world how the war on drugs makes it into hearts and homes all of shapes and sizes.

The photos are to feature a chair with a picture of a lost or missing loved one. Moms United has also requested that included with the photo be some indication of the circumstances of the individual the picture is honoring with a sign labeled one of these statements:

Some even go into a little more detail and describe the death as multiple answers, and even suicides. The submissions all become a part of a growing collection of personal stories, from families of addicts, alcoholics, and other circumstances that have lost a great deal as a result of the war on drugs.

Hearing from the Moms

Gretchen Burns Bergman is a woman from San Diego, CA. She is the founder of A New PATH, Moms United lead organizer and the mother of two sons who have struggled with heroin addiction and incarceration. She has related her personal stories to her motivation to work with others, and recalled her own pain in the holidays,

“I have painful memories of holidays when my son was absent because he was locked behind bars for drug use, and of family celebrations when one of my sons wasn’t included because he was lost in the maze of his addiction.”

Moms United has also created a heartrending and emotional video featuring some very moving and tragic pictures, giving their mission statement and asking that mothers and others take action during this holiday season. Their video slide-show from this past year included quotes from other mothers involved:

“The empty chair at the table is a powerful metaphor for the incredible void that permeates my life during the holidays and all year long.”

“There will always be an extra place setting at my holiday table for those who are locked up, thrown away or left out.”

Honestly, watching this video and seeing the different faces and homes and families, it truly drives home the idea that there is a serious problem, and that too many people are losing the ones they love, or their own lives, to this disease. So many different families and the faces of their loved ones really can remind you of how many tables will be incomplete this season because someone never made it home, and how lucky some of us are to find the solution that is out there for all of us.

“The war on drugs is really a war waged against families and communities.”

The war on drugs has never been an easy one to fight, and drugs and alcohol are the most cunning, baffling, and intensely powerful foe that the American people have ever had to face. But there are warriors out there who have survived the trenches, and many of us are here to help. If you or someone you love is struggling with substance abuse or addiction, please call toll-free 1-800-951-6135. We want to help. You are not alone.