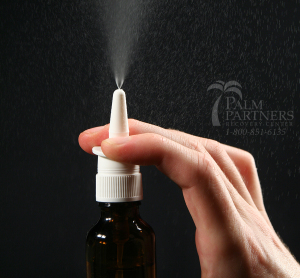 Chang-Guo Zhan, who is a pharmaceutical sciences professor in the United Kingdom, is working on the first FDA-approved drugs to treat both cocaine overdose and cocaine addiction.

Currently, there is no approved treatment for cocaine overdose, which can occur suddenly and which is potentially deadly. The drugs being developed by Zhan are funded by grant money from the National Institutes of Health and are now in clinical human trials.

Zhan hopes to develop one drug to neutralize cocaine once in the bloodstream of the user and another drug that would remain in the user’s system that would act as a cocaine blocker, cancelling out the effects of the drug, which would theoretically help break the cycle of addiction. Zhan is doing this by using an enzyme from the bacteria that’s found in the soil where the coca plant, which is the source of cocaine, is grown.

The drugs being developed by Zhan and a team of researchers from UK, Columbia University and University of Michigan will help break down cocaine into less harmful by-products. The enzyme, in its naturally-occurring state, decays too quickly to be of use in medicine, lasting only about 12 minutes at body temperature.

Zhan and his team introduced mutations, or changes, to the enzyme in an attempt to preserve the aspects they wanted while doing away with any problems that would make it unstable and therefore unusable as a drug.

So far, the team of researchers has introduced two mutations that can make the enzyme stable for up to six hours and which increase its ability to chemically break down cocaine by 4,000 times.

Both drugs should neutralize the effects of cocaine but, the overdose treatment will have to work quickly in order to save cocaine users’ lives. That’s because cocaine overdose can happen in the blink of an eye and with devastating effects.

Cocaine overdose can come on suddenly and with no signs of a problem. Cocaine affects the central nervous system (CNS) which manifests in symptoms such as seizures, tremors, and general shakiness. For those using cocaine for the first time, the substance usually will keep them awake for a long time. Yet, for others, there is less of a wide-awake effect. Seizures and tremors can come on suddenly and without warning, although they tend to occur shortly after use.

Cocaine is dangerous no matter how it is taken. Some of the most common serious problems include heart attack and stroke. Cocaine overdose can occur in long-term users or first-time users.

The other goal is to create a drug that would remain in effect for a longer period of time so that a patient who takes more of the drug will not feel those effects either and may stop the addiction cycle. This would act like Antabuse for alcoholics or Suboxone for opiate addicts. The idea is that, by taking the cocaine treatment drug, the effects of cocaine, itself, could not be experienced and therefore it could interrupt the cycle of craving, obsession, and compulsion to continue using.

Cocaine might be fashionable or enticing to use however, you’re playing with fire. Taking a so-called sober pill isn’t enough but, the good news is that recovery is possible. If you are currently struggling with cocaine use, abuse, or addiction, help is available. Call toll-free to speak with an Addiction Specialist today. We are available around the clock to help. You are not alone.