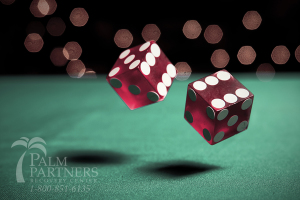 Addiction is not a word that is limited to drugs and alcohol. Addiction is a powerful and illusive illness that comes in several forms, which include behavioral health issues that sometimes can fly under the radar as a result of being more socially acceptable.

Gambling addiction is an impulse-control disorder, because there is a complete lack of control over the urge to gamble once it takes hold. Those who struggle with gambling addiction are in the grips of a progressive illness, and a recent study is being done in New Jersey that hopefully can make some notable conclusions regarding the way it affects the general public.

Since November 25th 2013, internet gambling has become legalized in the state of New Jersey. With internet gambling in the state of New Jersey beginning to generate a considerable amount of discussion, not to mention a lavish payout of more than $102 million in increased tax revenues. The new gambling income has shown a significant amount, though also considered less than the $200 million predicted by the New Jersey Department of the Treasury and Gov. Chris Christie.

Eight other states have legislation pending that would allow Internet gambling. Delaware and Nevada began offering some online gambling this year, but New Jersey is considered the first true test case because it allows a full range of casino games, not just poker, and its much larger population allows for a more in-depth look at how the internet gambling market will be able to flourish.

This new industry has created a growing community of Internet gambling in New Jersey, and that community was launched by the state as a means of aiding the state’s faltering casino industry, which has been in decline since 2006.

Four casinos in Atlantic City, including the Trump Plaza, have actually been closed for business this year. Internet gambling is also legal in Delaware and New Jersey, though neither state has launched any studies to determine the impact of the decision, positive or otherwise, of increased access to betting on its constitutes.

Rutgers University is now making a considerable attempt to measure the impact of Internet gambling on addictive behaviors. Funded by the state Division of Gaming Enforcement and health department, the three-year study will generate an estimated cost of around $1.2 million, but Lia Nower, professor and director from the Center for Gambling Studies at Rutgers’ School of Social Work, says it will allow researchers to,

“identify what type of person chooses this very private form of gambling, who develops problems, and how those problems are different from other forms of gambling,”

The survey will initially interview:

The interviews will collect information from the citizens about their personal gambling behavior and Internet gambling. After which the Center for Gambling Studies at Rutgers’ School of Social Work will then provide four yearly reports to Governor Christie based on statistical analysis of betting behaviors.

With the results of this new study still pending, and the market not making as much money as initially anticipated, the question may be does this new internet gambling industry have a potential to create a surge in gambling addiction, and if not, what about internet addiction?

Even if the revenue is not there on the books of these online casinos, is this new wave of internet gambling going to help contribute to the growth of the underlying issues here, which are not only gambling addiction, but internet addiction as two separate behavioral health problems that in this capacity can feed off of each other.

More is being done elsewhere so that internet addiction is being taken more seriously while ‘Generation D’ texts, tweets and tags its way through social media and online entities. With gambling addiction already being taken into consideration, what more will be discovered about the developing habits attached to these from the New Jersey statistics?

Impulse-control disorders like compulsive gambling addiction usually go hand in hand with other addictions or compulsions, and it is a wonder if online gambling will also contribute to internet addiction. Often times those who have a gambling addiction can also abuse alcohol and other substances, all to deal with more personal issues. If you or someone you love is struggling with substance abuse or addiction, please call toll-free 1-800-951-6135