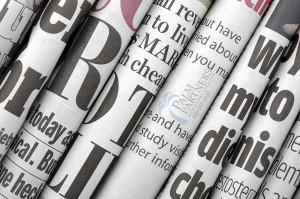 The U.S. Sentencing Commission unanimously voted a resounding ‘YES’ this past Friday in an attempt to make the recent decision of lowering guidelines of prison sentences for most federal drug law violators retroactive, which means to include all currently serving federal prison sentences on drug charges under those guidelines. Although the decision will not allow for release of any prisoners until November 1st, 2015, this piece of news in the reforms of drug policies is making huge waves. Especially considering that approximately 50,000 people are estimated to be affected, which would represent around 25% of the total federal prison population — approximately 210,000 convicts.

The initial question before the commission was whether or not approximately 50,000 drug offenders serving time presently should be able to be considered for the possibility to petition a judge to review their sentences, taking into account the new lower standards as applicable to their crimes. The Justice Department had opposed making the changes fully retroactive, but it appears U.S. Sentencing Commission does not share their reservations.

Judge Patti B. Saris, chair of the Commission, made an official statement in regards to the changes being evaluated.

“This amendment received unanimous support from Commissioners because it is a measured approach. It reduces prison costs and populations and responds to statutory and guidelines changes since the drug guidelines were initially developed, while safeguarding public safety.”

According to another official statement from the U.S. Sentencing Commission,

“Congress has until November 1, 2014 to disapprove the amendment to reduce drug guidelines. Should Congress choose to let the guideline reductions stand, courts could then begin considering petitions from prisoners for sentence reductions, but no prisoners could be released pursuant to those reductions before November 1, 2015.”

As explained by Families Against Mandatory Minimum (FAMM) speaker Mary Price the delay was decided upon per the commissioners in order “give judges and prosecutors time to assess public safety,” as decisions on “dangerousness” will need to be revisited and evaluated on a case by case basis.

“Today, seven people unanimously decided to change the lives of tens of thousands of families whose loved ones were given overly long drug sentences. FAMM commends the U.S. Sentencing Commission for its boldness, as well as federal judges, members of Congress, reform groups, and the more than 60,000 letter writers who joined with FAMM to demand that the Commission grant full retro-activity.”

According to the Attorney General

Attorney General Eric Holder also threw in a few words of wisdom on the matter even more recently as to the effect this new policy could have on both the over-crowded prison system and the resources of law enforcement across the board.

“The department looks forward to implementing this plan to reduce sentences for certain incarcerated individuals. We have been in ongoing discussions with the Commission during its deliberations on this issue, and conveyed the department’s support for this balanced approach.”

The Attorney General goes on to support the idea to retroactively re-examine the cases of certain violators and effectively make sure that the punishment fits the crime. He also backs up the theory that by creating this lapse in time between the possibility of the policy being approved and the time for prisoners who could be eligible to be released will ensure that the cases are carefully coordinated,

“In the interest of fairness, it makes sense to apply changes to the sentencing guidelines retroactively, and the idea of a one-year implementation delay will adequately address public safety concerns by ensuring that judges have adequate time to consider whether an eligible individual is an appropriate candidate for a reduced sentence. At my direction, the Bureau of Prisons will begin notifying federal inmates of the opportunity to apply for a reduction in sentence immediately. This is a milestone in the effort to make more efficient use of our law enforcement resources and to ease the burden on our overcrowded prison system.”

This new piece of legislation reform is sure to have a dramatic impact on the burdened justice system, and the strain that has been put on the law enforcement agencies responsible for the arrests, prosecutions, and imprisonment of people who have committed, as well as those who will surely in the future be charged with crimes of minor drug offenses. The wonder with this is what kind of impact it will have ultimately on the War on Drugs which some already suspect is dwindling, while other experts insist that smuggling and border control is still the major issue.

With so many changes in drug laws and the War on Drugs recently taking affect, there is only more hope and opportunity for those who struggle with substance abuse or addiction to be able to get the kind of help they need to escape the grips of addiction, and Palm Partners continues to offer an incredible program for those who want to take their first steps in lasting recovery . If you or someone you love is struggling with substance abuse or addiction, please call toll-free 1-800-951-6135